From power to endurance, athletes at all levels are incorporating yoga to gain an edge over the competition, and prevent injury. In this article, we are going to take a look at a few of the many benefits yoga has for cyclists.

Yoga, a practice that dates back many thousands of years, has great benefits for today’s cyclists. At its core, yoga is an exercise for the body and mind that leads to greater aerobic strength, flexibility and focus. Some of the most elite cyclists use yoga as part of a successful training program, including 2012 Tour De France winner Bradley Wiggins1. Wiggins’ benefits from the focus it brings to his cycling, while others, such as pro mountain biker and Olympian Jeremy Horgan-Kobelski, use yoga to gain strength2. From power to endurance, athletes at all levels are incorporating yoga to gain an edge over the competition, and prevent injury. In this article, we are going to take a look at a few of the many benefits yoga has for cyclists.

Yoga offers many varieties and styles from the slow pace of Hatha yoga, to the fast vigorous pace of Ashtanga yoga. All styles can be beneficial but the most applicable for cyclists are styles that focus on continuous movement. Styles such as Ashtanga, Power, and Kundalini are steady flowing, work through a full range of movements and build great muscle endurance.

Cyclists need to focus on leg strength, which many poses in yoga target, but they also need to focus on flexibility and lower back strength. Cyclists spend most of their time bent forward over the handlebars, which leads to tight hip flexors. Many yoga poses target the hip flexors and lower back, helping to balance muscle strength and prevent injury. Yoga also keeps you focused on a deep and steady breath, forcing you work aerobically. Training your muscles aerobically and learning how to control your breathing are two very important aspects of training and racing for any endurance athlete.

Let’s look at a few beneficial yoga poses for cyclists. There are many hundreds of poses and variations of each pose but for the purpose of this article, we will visit a few common poses used within most yoga practices. Keep in mind that through a practice like Ashtanga, there is a continuous flow from one pose to the next, including at times, holding poses for longer durations.

Chaturanga or lower push up position targets the upper back, hips, abdomen, pectoral muscles in the front of the chest, and triceps. This pose often follows upper push up position and is a challenge to hold for longer durations. The motion of moving from upper to lower push up is also a similar movement to that of holding onto the handlebar of a bike, especially a mountain bike. 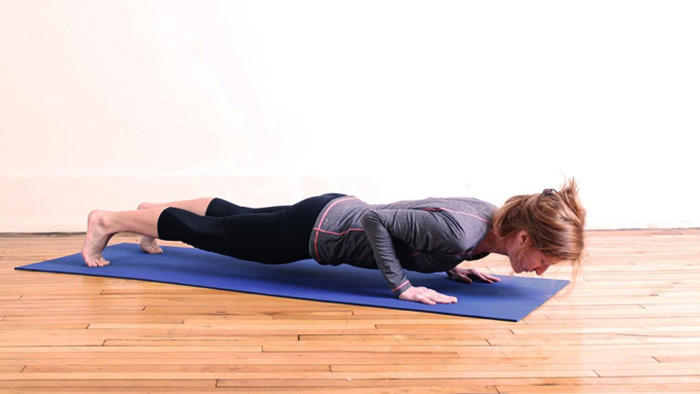 Moving into upward facing dog from lower push up position targets the upper back, shoulders and arms for strength but also stretches the front of the body from the hip flexors to the muscles of your upper chest. Studies have shown yoga improving respiratory breathing capacity by increasing chest wall expansion and forced expiratory lung volumes, a large benefit for cyclists3,4. 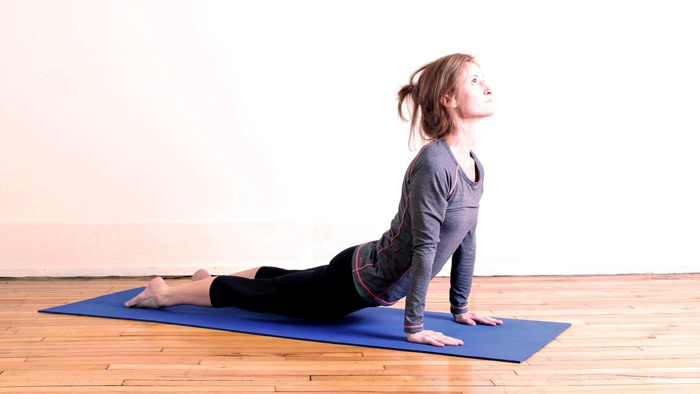 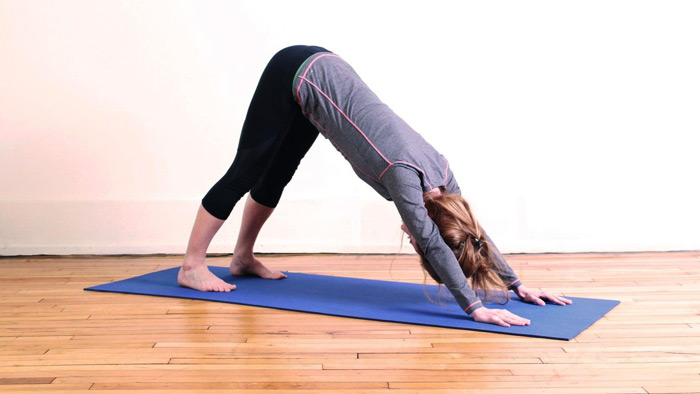 Warrior one usually follows downward facing dog and is part of the Sun Salutation B series, a warm-up series of yoga. The movement into warrior one is a great core exercise itself with the shifting of the shoulders and one leg forward into a lunge, and lifting of the torso. Warrior pose targets the hips, and quads for strength while stretching the hip flexors. Single leg exercises are great exercises for cyclists since cycling happens one leg at a time, and yoga has plenty. Holding this pose for extended periods can be a real leg burner. 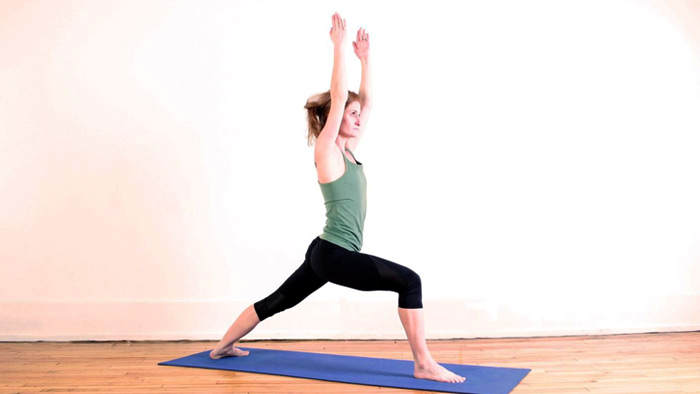 Side arm balance pose is a great example of how yoga will train every part of the body. Side arm balance targets the oblique muscles, an important part of core strength. Strengthening these muscles is rarely thought of for cyclists but they play an important role in helping to maintain proper form on the bike. 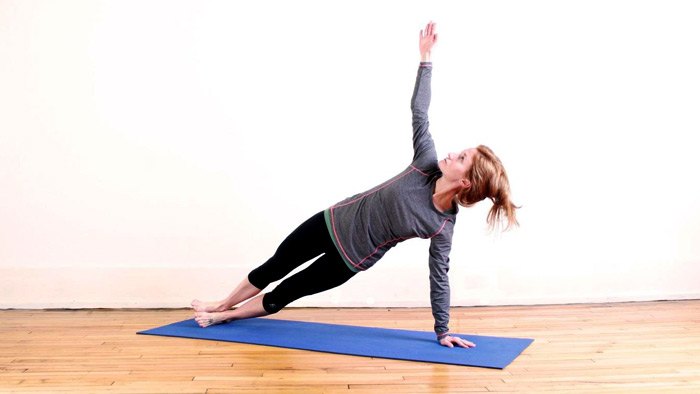 This pose may be named a front body stretch, and it is, but it is also a strength exercise for the backside of the body, especially the lower back. Poses like this one are a great benefit to cyclists who spend a lot of time bent forward over the handlebars, helping to prevent injury by creating muscular balance. 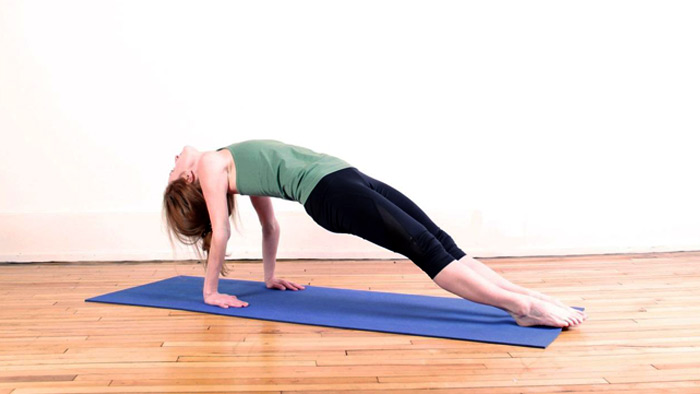 Whether you use yoga as your main source for strength training, or once a week as a supplement to other forms of strength training, it can provide great benefits for performance. Yoga is full of dynamic and static movements that help strengthen all the muscles of the body, including your prime movers for cycling. This helps create muscular balance to prevent injury, and builds a stronger support system for while you’re on the bike. We are all only as strong as our weakest link. Yoga will help you find and strengthen them.

About Mike Schultz
Mike Schultz brings more than 10 years of racing and training experience from national endurance and ultra endurance events, mountain bike stage races, and 24 hour solo cycling events. Mike is the head coach and founder of'Highland Training. He is certified with the National Strength and Conditioning Association (NSCA) as a Strength and Conditioning Specialist (CSCS), Personal Trainer and as a USA Cycling Certified Coach. He continues to compete in endurance and ultra endurance events on a regional and national level to further study the science behind sports specific training and practice what he preaches. Mike resides in the Laurel Highlands, Pennsylvania, where he coaches and trains full time and year round. Follow Mike on Twitter'@Highland_Mike.
Visit Mike Schultz's Coach Profile