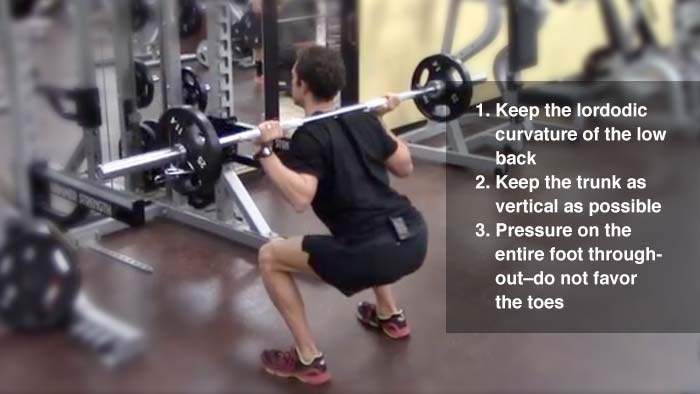 In part two of this 4-part series about year-round strength training for triathletes, we’ll cover the second phase of the yearly program, the Muscular Endurance (ME) phase.

In part two of this 4-part series about year-round strength training for triathletes, we’ll cover the second phase of the yearly program. In part one, we introduced the first phase, the off-season Stabilization Phase, which starts 10 days after the last race and lasts 3-5 weeks.

Once we have established a sound platform of movement through adherence to a stabilization-oriented block of strength training we can begin to progress the athlete by introducing some external loads and more demanding exercises. I chose to organize the second phase of training as a Muscular Endurance (ME) phase. This is an intermediate phase designed as a logical progression to bridge the gap between the first Stabilization phase and the upcoming Maximal Strength/Reactive phase, ultimately leading the athlete towards an “in-season” Maintenance phase. A safe and effective time range for this block of ME training should be 3-6 weeks depending on how the athlete is adapting and tolerating the loads.

Goals of the ME Phase

Some of the goals for the ME phase include:

Just what is a force leak? One example is laxity at the foot and ankle complex during the initial contact phase of the run, producing excessive pronation at the medial malleolus–or in other words, the inner “ankle” bone collapsing towards the ground. This softness in the foot and ankle typically continues up the kinetic chain, causing internal rotation of the knee in space and out of alignment, which tends to destabilize the hip and low back. All of this distortion can be mitigated through the application of a sound strength training program.

For our purposes the ME phase will be characterized by incorporating external loads and trying to enhance proprioception with a more challenging exercise selection (proprioception is the ability for the body to sense, manipulate or maintain position and movement in space). We will also introduce some simple reactive/plyometric patterns to prepare the body for more intensive loads in the future as we trend towards more explosive movements. This phase will involve “super-sets” (coupling two similar exercises: one strength and one stabilization) designed to increase motor unit recruitment and enhance joint stability.

Rules of The ME Phase

Here are some things to keep in mind throughout this strength phase:

Here’s a strength workout for the ME Phase, targeted towards endurance athletes. I’ve also included a playlist of instructional videos for the exercises. The athlete should do this strength routine 2-3 times per week with two days of recovery between. It’s best to avoid putting the strength days on recovery days if possible, as the metabolic load of strength training can be intensive.

This is designed to condition low leg and the series elastic component (SEC). SEC is comprised of muscle and soft tissue which when stretched/lenghened acts like a “spring” storing potential energy. When followed by a concentric action (contraction) that potential energy is released as kinetic/movement like a rubber band. If too much time elapses between the loading and unloading that energy will dissipate as heat. This is a low-grade form of reactive/plyometric training. Be sure to get the big toe involved (first ray). Perform 3-4 sets of 30-40 reps. Rest :20 between.

I was conflicted about adding a squat because many endurance athletes seem to be almost scared of squatting. In the end, I decided it’s too important to neglect as it appropriately sets the stage for some single-leg patterns in the future and there is no other way to achieve the adaptations squatting provides in terms of structural load. The key is to go light if you are at all unfamiliar or uncertain. Virtually anyone should be able to perform a squat with directed effort and starting with low or NO LOAD.

Do a warm-up set of 12 reps (light/no load) followed by 3 sets of 9-14 reps. Rest :20-:45. If you are uncomfortable with squatting or have sustained, serious low back injuries contact me for a substitute or, perform with dumbbells.

2b. Single-Leg Squat and Row

Couple this pattern with the back squat above, alternating back and forth between the patterns. Perform 3 sets of 8-12 reps with appropriate load (you can use a dumbbell if you don’t have a cable or band). Rest :20-:45.

5a. Low to High Cable Lift in a Half Kneel

6a. Lat Pull Down

Get through 3 sets of 10-12 with as much range and symmetry as possible. Be sure to activate the glutes, and try to relax the hamstrings.

Subscribe to emails from TrainingPeaks to make sure you get parts 3 and 4 in this series. To read part 1, visit “Year-Round Strength Training for Triathletes, Part 1: The Off-Season“.

About Shane Niemeyer
Shane Niemeyer (CSCS, PES, CPT) is a coach, motivational speaker, author and elite age group athlete racing Ironman and 70.3 distance. As a strength and conditioning expert and endurance coach, Shane has helped individuals of all abilities to achieve their goals. For inquiries or questions on the above, feel free to contact Shane through his website at'www.trueambitions.com'or on Twitter'@shaneniemeyer.
#PERFORMANCE#STRENGTH