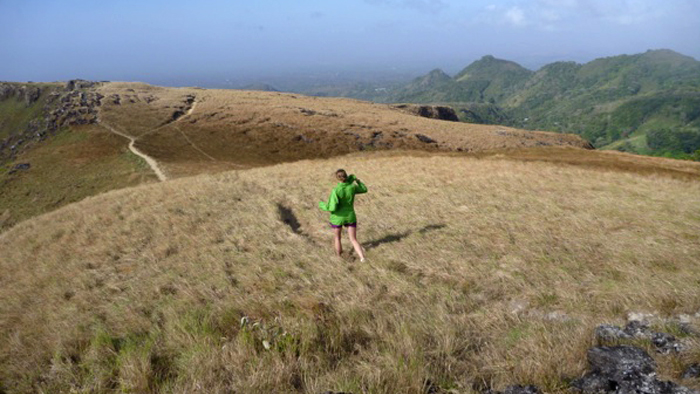 Why You Shouldn’t Make Running Resolutions

Gym owners love the New Year. It’s like the Black Friday of gym memberships. Every year, just as we settle into the coldest, most miserable months (and the toughest to get outside and exercise), thousands upon thousands of optimistic Americans decide that they’re going to make a change in their lives and start working out.

Some succeed. Most fail. And paying every month for an underutilized gym membership does not count as getting in shape.

There’s a comparison to be made with another major lifestyle change: quitting smoking. Who hasn’t known a smoker who spent weeks declaring a day that they were going to quit, whether that be New Year’s Day or a milestone birthday? Leading up to that day, they continue to smoke cigarettes – perhaps even more than normal – in anticipation of quitting. On the last day, they puff a ceremonious last drag before quitting forever.

Or a couple of days, most likely.

Frankly, although some cold turkey success stories exist, it’s just not possible to make abrupt lifestyle changes. The same principle applies to beginning a fitness regimen — nobody should expect to go from minimal daily exertion to suddenly spending even an hour at the gym running, spinning, lifting and stretching.

Worst of all, when we set a finite moment for the change, we set ourselves up for failure. And instead of picking back up where we left off after a week or so without exercise, we’re more likely to set another date in the future and eventually try again, only to repeat the cycle of anticipation and failure.

So what’s the solution?

Even if you’re reading this a few days before New Year’s Day, if you plan to make a lifestyle change, start right now. Put your shoes and sweatpants on and go run around the block. Don’t be disheartened if you only make it halfway and have to walk.

Tomorrow, you can try for three-and-a-half minutes.

I’ve been through it myself. At 27-years-old, I felt like I was living in the body of a 50-year-old. Just tossing a Frisbee around would leave me winded. And it was my own fault – I’d spent a decade drinking and eating whatever I wanted without worrying for a moment about my health.

Whether you’re in your 20s or 60s, that attitude will eventually catch up with you.

When I decided to make a change, it happened all at once. I was going through a break-up and had pent-up energy, and I literally decided to run around the block. I didn’t make it. Huffing and wheezing, I walked home. An hour later, I tried again and I made it.

The next day, I ran around the block first thing in the morning. Bit by bit, I built up from only being able to run a quarter-mile to, five years later, hardly breaking a sweat on casual four-mile jaunts.

When it comes time to make a New Year’s Resolution, I have a lot more fun than trying to enact a total lifestyle change. Instead, last year, I opted to take up “toe strike” running. It’s a style that’s caught on with long-distance runners for the tension it takes off of the knees and feet.

And it wasn’t easy. My calves required weeks of acclimation before I could go for a run and toe-strike the whole time. Sometimes I became disheartened and went back to my regular old heel strike. But regardless, I was still running. Changing a stride style is a whole lot easier than changing a lifestyle.

What am I getting at? Make your New Year’s resolution something that’s challenging but ultimately attainable. Commit to eating dark leafy greens every day. Resolve to do 20 push-ups every morning before you get in the shower.

But when it comes to major lifestyle changes, don’t build one day up into such a big moment that you create an excuse to fail and put if off again until next year. If you or a loved one is ready to adapt fitness into their daily life, begin right now with five minutes of exercise. By the time New Year’s Day gets here, you’ll already be rolling without any pressure or excuse to look back and give up.