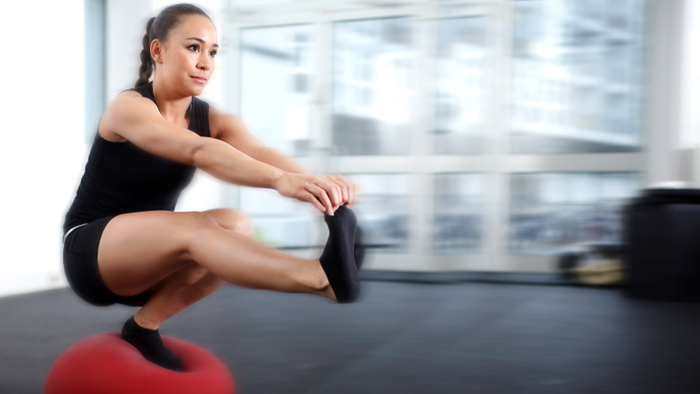 What the 3 Little Pigs Can Teach You about Winter Training

Should you be training in the winter? The popular answer is that you should take it easy, but is that the best thing to do?

Over all the years I’ve been training and coaching, I hear the same question year after year: ”Should I be training in the winter?” I recently came across a post in a popular training forum with the same question as well, and the overwhelming response was that you should take it easy between December and March, allowing your body to recover and then slowly build back up for the next year’s racing season.

I am completely against this thought process! Not only will you lose most of what you’ve gained over the last year of training and racing, but you’ll be way behind your competition that actually took advantage of the winter months to get in quality training.

Now, note what I said: quality training. There are many schools of thought regarding what winter training should look like, with the most known method being LSD – long slow distance – training in your program.  As someone who grew up in California and then later lived in Florida, I adopted that philosophy for many years. Now living in Chicago, where it’s pretty cold December through March, I favor the intensity vs. volume in my winter training.

There’s also something else I favor now and think it’s the most important aspect of your training regardless of what climate you live in. What is that you ask?

The 3 little pigs, named Fifer Pig, Fiddler Pig, and Practical Pig, reached a point in their life where they had to move out of the house, and venture into the world on their own to seek their fortune.

Upon doing so, they had to build a house for themselves to protect them from the world, and specifically against the big bad wolf.

The first little pig, Fifer Pig, built his house out of straw because it was the easiest thing to do.

At night, the wolf came up to the first little pig’s house, and said:

“Not by the hair of my chinny chin chin!”

The wolf huffed and puffed and blew the little pig’s house down, enjoying some bacon for dinner.

The wolf then headed next door to the second pigs house, Fiddler Pig, who built his out of sticks to be sturdier.

After the same exchange as above, the wolf once again blew the pig’s house down and ate him for his second course.

Finally, the wolf came up to the third pig’s house, Practical Pig, who took his time and built his house out of brick.

Once again, the exchange of words above occurred, after which the wolf was unable to blow the brick house down!  The wolf climbed to the roof, and tried coming down the chimney. Practical Pig was ready, and had a pot of boiling water waiting at the bottom in which the wolf fell into, and cooked himself.

Every athlete should train during the winter.  It’s the quality of training that’s going to make the biggest difference.  So what type of training should you do? The kind that builds your brick house.

First off, work on any nagging issues you’ve had during the year.

Back aches, knee pain, sore muscles, and anything else you have going on should be addressed.  To make sure you don’t have any underlying issues, go get a massage and see a chiropractor.

Next up, make sure you know how to move!

After all that training and racing and whatever work you do, which for many nowadays involves sitting behind a computer screen…after sitting in the car/train/bus on the way to work and more sitting on the way home; odds are your body is stiff and not very mobile. Work with a coach or personal trainer to get a movement assessment done, and to develop a training plan strong in flexibility and mobility drills to get you moving properly. Form comes before function, so the sooner you’re able to get down to proper movement patterns, the sooner you’ll be able to get back into some hard training.

Being able to move properly also has another benefit; it reduces your chances of injury! If we look at the causes of injury in triathletes, they mostly come down to overuse. There’s a study that I read in the British Journal of Sports Medicine, which tested 174 athletes in the 2011 Norseman Xtreme Triathlon. The study revealed after 26 weeks that 87% of those athletes experienced an overuse injury. 87%! That number is incredibly high, and a disappointing number to read. I would be curious to see these athletes’ recovery, flexibility and more importantly mobility training prior, during and after their triathlon training.

The house that you build needs to have a solid foundation, and that foundation is found in the core.  You won’t be able to use that power you’ve built up in the legs for your bike and run if you can’t transfer it via the core. Likewise, your swim will suffer if you don’t have a strong core that will help with your body rotation and get you gliding through the water.

To summarize what I’ve said above, these are the steps I will take to start building your strong house this winter:

I’ve always said that champions are made in the winter. Athletes need to work during the winter on building a brick house, so when next season comes along and the wolves are huffing and puffing, you can remain strong and win.

Tony Zamora is a lifelong triathlete having started his racing career in High School. Now, founder and head endurance coach for TZCoaching, an endurance sports coaching service working with athletes around the globe with online training programs; Tony also leads group swim, bike and run classes in the Chicagoland area. Follow Tony on twitter @tzcoaching and on his blog at www.tzcoaching.com.