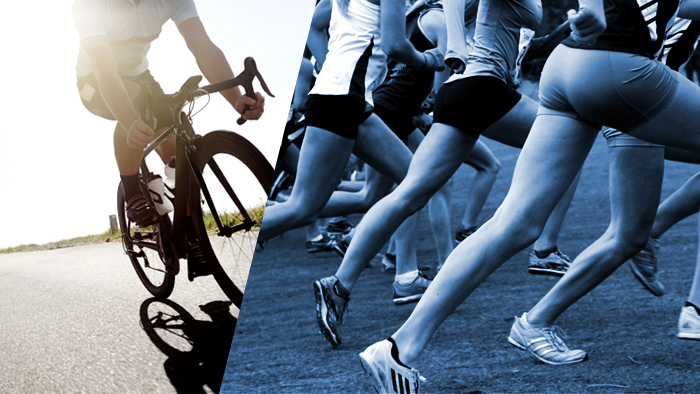 What is Lactate and Lactate Threshold

Lactate threshold is a widely used term in endurance sports training, yet there is still much confusion surrounding it. This in depth article explains lactate threshold, including its advantages and limitations.

Lactate threshold has been a term used for many years across all sports, and it is one of the most used metrics in the world of training by athletes and coaches worldwide.

Lactate is a great unknown in human metabolism, despite its key role in its regulation. For many years it has been thought that lactate was just a waste product as a result of anaerobic exercise. At one point it was even thought that it crystalized after exercise, which resulted in muscle soreness (which we now know isn’t true).

But the mystery surrounding lactate isn’t due to a lack of scientific effort. Lactate studies date back from the 19th century, when Nobel Laureate Louis Pasteur proposed that lactate was produced by lack of oxygen during muscle contraction. Another Nobel Laureate, Otto Meyerhof proposed that glycogen was a precursor of lactate. He also observed that muscle contraction produced lactate and loss of excitability. In 1923 another Nobel Laureate, AV Hill and his colleague Lupton described the term “O2 Debt” and linked it to anaerobic lactate production.

However, it wasn’t until late in the 20th century that we began to truly understand lactate’s role in exercise and metabolism. Dr. George Brooks, a metabolism expert from the University of California at Berkeley, has studied lactate extensively for more than 40 years. Most of what we know about lactate is thanks to his work.

What We Know about Lactate Now

From Brooks’ work we also know that lactate is not a waste product. In fact, it is the most important gluconeogenic precursor (new glucose generator) in the body. About 30 percent of all glucose we use during exercise is derived from lactate “recycling” to glucose.

Lactate is also a key regulator of intermediary metabolism, regulating substrate utilization. It decreases and inhibits the breakdown of fat for energy purposes (lipolysis), as well as the rate of glucose utilization by cells (glucolysis).

Believe it or not, lactate is even crucial for the brain, being the main fuel that neurons use. Lactate is actually is essential for long-term memory and could even be involved in understanding Alzheimer’s disease. (Some studies show that when lactate uptake by neurons is suppressed, long-term memory is inhibited).

Lactate could also be involved in some chronic metabolic diseases like type 2 diabetes. Blood lactate levels in this population are 2-3 times higher than in healthy physically active population. Cancer cells have a disrupted metabolism utilizing too much glucose aerobically (Warburg effect) and producing large amounts of lactate which could contribute to tumor growth and progression.

Clearly, lactate is not just a waste product of anaerobic exercise. It is a major fuel and a key regulator of metabolism. It’s also a possible epicenter of different chronic diseases.

Lactate is the byproduct of glucose utilization by muscle cells. The higher the glucose flux into the cell, the higher the lactate production—iundependently of oxygen availability. During high intensity exercise, Type II-Fast Twitch muscle fibers are fully recruited, due to high contractile demands by skeletal muscle to produce energy (ATP). Type II muscle fibers are highly glycolytic (they use lots of glucose) which results in the production of high amounts of lactate. This production is a natural by-product of glucose utilization by skeletal muscle cells.

During intense exercise, lactate production is many times higher than that of resting levels. The release of hydrogen ions (H+) associated with lactate can cause an important reduction of contractile muscle pH, resulting in acidosis. This excessive accumulation of H+, not only from lactate, but also from ATP breakdown for muscle contraction (ATP hydrolysis), may interfere with muscle contraction at different sites.

We know very well that the better the competitive and training level of an athlete is, the less blood lactate accumulation that is observed. In table-1 we can observe blood lactate levels of different cycling categories at different exercise intensities (watts/kg) that I have collected over the years during physiological tests. We can clearly see that the higher the competitive level of a cyclist, the lower the blood lactate and the higher the power output and performance.

This lower blood lactate levels observed in the top athletes is due to an enhanced lactate clearance capacity. Lactate can be exported to the blood for clearance and energy purposes in pretty much every organ in the body. However, this process takes time (minutes) while lactate is produced continuously during exercise.

Well trained athletes are very efficient and export less lactate to the blood as they clear it in higher amounts right in the lactate producing muscle which takes seconds or milliseconds. This is very advantageous as it allows contractile muscles a faster H+ removal as well as a faster lactate “recycling” for extra energy (ATP).

During exercise, lactate is mainly produced in fast twitch muscle fibers, which use lots of glucose for energy. It is cleared mainly by slow twitch muscle fibers. This is a complex process involving different lactate-specific transporters and enzymes. Fast twitch fibers have a high content of one transporter called MCT-4 (Monocarboxylate-4) which transports lactate away from these fibers. Slow twitch fibers possess a transporter called MCT-1 which takes lactate inside these fibers. That lactate is then converted to pyruvate in the mitochondria by an enzyme called mLDH (mitochondrial lactate dehydrogenase), to then finally synthesize ATP (energy).

As shown in table-1 lactate is probably the parameter that discriminates the most between different levels of athletic performance. Lactate analysis can give us a lot of information on muscle metabolism during exercise, where we can indirectly assess mitochondria density, oxidative and substrate utilization status or muscle fiber recruitment patterns.

Lactate testing is probably the best way to assess muscle metabolic stress and performance, especially in endurance athletes. It is also probably the best method that we have to predict performance in endurance events as well as an excellent parameter to prescribe individual exercise training zones for athletes. Among those training zones “lactate threshold” is that special training zone we all want to train and improve. The only way though to directly measure lactate threshold is by doing lactate testing.

What is Lactate Threshold?

Confusing, isn’t it? There are multiple theories and hypothesis among the scientific community and not a common consensus of what “lactate threshold” is. The bottom line to understand what lactate threshold means is that as muscles get more metabolically stressed there is a higher lactate accumulation and H+. Mitochondria in contractile muscles become more stressed to clear lactate in a timely manner and at some point, if the exercise intensity continues, contractile muscle mitochondria become saturated and therefore cannot keep up with lactate clearance, then exporting it to the blood and this is when we see a rise in blood lactate levels which correspond to the metabolic event when it is not possible to maintain that given exercise intensity.

In my opinion it is important to look at the lactate threshold concept from a different angle. In the first place unfortunately, many athletes and coaches don’t perform lactate testing so they can never find out about their lactate metabolism despite they still talk about lactate threshold training.

“Many athletes and coaches don’t perform lactate testing so they can never find out about their lactate metabolism despite they still talk about lactate threshold training.”

All this seems too confusing and for this reason I believe that it is time to evolve the lactate threshold concept in a more pragmatic manner. We may need to consider different terminologies like for example a concept of a maximal metabolic stress that can be sustained for a given amount of time (“maximal metabolic steady state”/MMSS). Depending on the sport and event, there would be different MMSS which would represent the maximal metabolic stress that we can sustain for a specific distance and discipline like a marathon, 1500m, a 10k run, a 40km TT or a 5km Cat-1 climb. Then we can translate this MMSS to a blood lactate concentration to get our lactate threshold or to other different parameters like heart rate, power output (FTP) or running pace. This is not just a useful way to predict performance but also to track progress. In a way this is already being done by many coaches and athletes who use FTP or goal pace all the time.

A typical training mistake that many athletes and coaches do is training at “lactate threshold” in order to improve lactate clearance capacity. This is not correct as we know that during exercise lactate is mainly produced by glycolytic fibers (fast twitch) which are the ones recruited at “lactate threshold”. However, lactate is mainly cleared by adjacent slow twitch fibers that have a very high mitochondrial capacity and a much higher amount of mLDH enzymes and MCT-1 transporters. Therefore to improve lactate clearance capacity, and although totally counterintuitive, it is key to train those slow twitch muscle fibers to stimulate mitochondrial growth and function as well as increase MCT-1 and mLDH. Training at lactate threshold is essential to improve glycolytic fibers and their machinery (our “Turbo”) and to upregulate the number and function of glycolytic enzymes as well as to increase the number of MCT-4 transporters necessary to transport lactate away from fast twitch fibers to then be cleared by slow twitch fibers. Spending too much time at lactate threshold is very tasking as well, as it is a high effort and can lead to overtraining which is something we constantly observe in our lab.

We constantly see in our lab athletes and coaches that have this misconception and make this mistake leading to overtraining and not improving lactate clearance capacity. With specific protocols we measure lactate, fat and carbohydrate metabolism during all exercise intensities to study the whole metabolic and physiological response to exercise which allows us to predict performance as well as to define individual training zones quite clearly, in particular Zone 2 (Z2) which with the experience over the past 18 years it has shown to be the training zone eliciting the best results to improve lactate clearance capacity.

“Zone 2 (Z2) has shown to be the training zone eliciting the best results to improve lactate clearance capacity.”

So many athletes come to our lab without knowing these concepts and train too much at “lactate threshold” and by identifying their specific training zones we turn their training programs completely upside and we constantly see very important improvements in their lactate clearance capacity and performance while at the same time we significantly decrease the cases of overtraining.

To conclude, lactate threshold remains as the most used training term worldwide and yet there is no consensus of what exactly it represents. There is too much confusion not just regarding what lactate threshold is but also what lactate per se is and what its role and importance in exercise and metabolism is. I believe simply that after several decades of discussion and controversy, it is time for the “lactate threshold” concept to evolve and be named and defined differently so athletes and coaches can use it in a more meaningful and understandable manner in order to describe that “magic” exercise intensity that can only be sustained for a specific amount of time which is crucial for performance and success.

Dr. Iñigo San Millán, Ph.D., is the Director of the Exercise Physiology and Human Performance Lab at the University of Colorado School of Medicine and also Assistant Professor of Family Medicine and Sports Medicine Departments at the University of Colorado School of Medicine.'Dr. San Millán is considered one of the most experienced applied physiologists in the world. He has worked with many elite athletes and teams in sports including track and field, running, triathlon, rowing, basketball and cycling; including eight professional cycling teams.'Follow'Iñigo on Twitter.