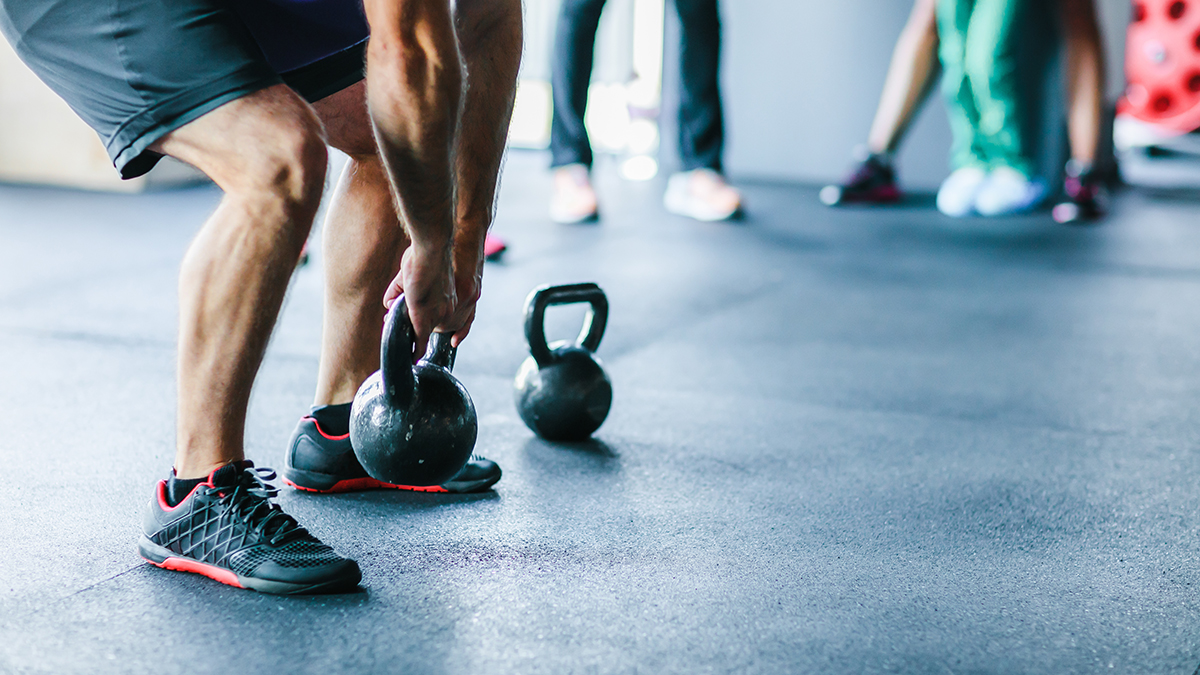 If your athletes’ performances are lacking, strength training with a focus on posture restoration might just be what saves their season.

It’s July—the Tour is in full swing, the days are hot and long, it’s prime riding season for cyclists, and it’s race season for triathletes. All is good except for one thing: your performances are lacking.

You feel flat on the bike, and your runs just aren’t as springy as you would expect at this point in the season. Your nutrition, sleep, and recovery are all where they need to be, and you’re desperate to find a way to salvage the second half of the year. How do you do it?

You might be surprised, but strength training with a focus on posture restoration, might just be what saves your season. Yes, you read that right!

Over the last decade I’ve helped countless riders ‘get back their speed’ and smash the second half of the year. While often there is resistance in the first two weeks, once the performance gains begin, the emails and messages I receive are always “why didn’t I do this sooner?”

But strength training halfway through the season is a bit different than if you were to start in the fall, as your body is in full-on riding mode. This means the tissues and joints of your body are geared to deal with the forces of riding a bike, not lifting heavy things. The rules of the game change quite a bit, but it doesn’t mean you shouldn’t play!

Breathing (yes, breathing) done properly can not only help you maximize your VO2 max, but it also allows you to recover from hard efforts and training sessions that much quicker.

For example, a one-arm lat stretch with breathing is a great exercise to help open up a tight ribcage, tight lats, and tight hips. It’s just five deep breaths on each side.

Focus on taking a 360-degree breath in, and slowly let the air out through your nose as you sink down into a deeper squat. This is a passive stretch.

2. Get dynamic with movements that help rebalance your joints

Putting your joints through their full available range of motion not only helps you light up the nervous system, get the body ready for work, and lengthen muscles that may be tight, but it also activates other muscles that may have gotten lazy.

Incorporate these dynamic movements into your training plan:

Side lunge with hands overhead: Six each side

Dynamic side planks on knees: Five to eight each side (two sets)

The key here is to keep things moderately heavy as you are just starting to lift, since the tissues need time to adapt (but that doesn’t mean you should avoid doing a little work).

The first two weeks of strength training should be done with weights at the light/lower end of moderate effort, as your body needs time to start adapting to the new demands. This is called the anatomical adaptation phase, and is the first of the five stages of strength training.

Deadlift not from the floor: Eight reps (three sets)

Go ahead and find a weight that is a five or six on a 1 to 10 scale, and perform each with optimal technique.

Blowing yourself out during one workout a week won’t do anything but make a massive withdrawal from your energy and abilities. Training is only efficient if the least amount of time and energy was allocated in order to attain the results you’re after. Unfortunately, as endurance athletes we tend to think going super hard every time is the way to go.

Aim for two quality strength sessions a week. Each one should not take you longer than 35 minutes in total.

5. Keep it simple and short

Yes, you read that right, 35 minutes or less. Strength training usually evokes images of barbells and Arnold Schwarzenegger, but really, all you need is four square feet of space (along with a kettlebell and a wall, as you’ve seen above).

Side lunge with hands overhead

Dynamic side planks on knees

Deadlift not from the floor: Eight reps (four sets)

If you’d like to learn more about using strength training to boost your cycling and triathlon performance, my TrainingPeaks courses will give you everything you need to start building and designing highly potent year round strength programs to boost your athletes’ abilities.

About Menachem Brodie
Menachem Brodie is a USA Cycling Expert Level & Power Based Training Certified Coach, Training Peaks Level 1 Coach, SICI Bike Fitter, and Strength Coach who holds the NSCA-CSCS Certification. Since 2007 he he has been helping endurance athletes from around the world to increase their in-sport abilities, return from injury, and attain new levels of performance. He has worked with Professional Cyclists, Triathletes, NBA players, EuroLeague Players, USA National Champions, and Amateur athletes from around the globe. Learn more from Coach Brodie at www.HumanVortexTraining.com or by purchasing one of his Pre-made Training Plans offered exclusively on TrainingPeaks.com!
#TRAINING-THROUGH-COVID-19#PHYSIOLOGY#SCIENCE