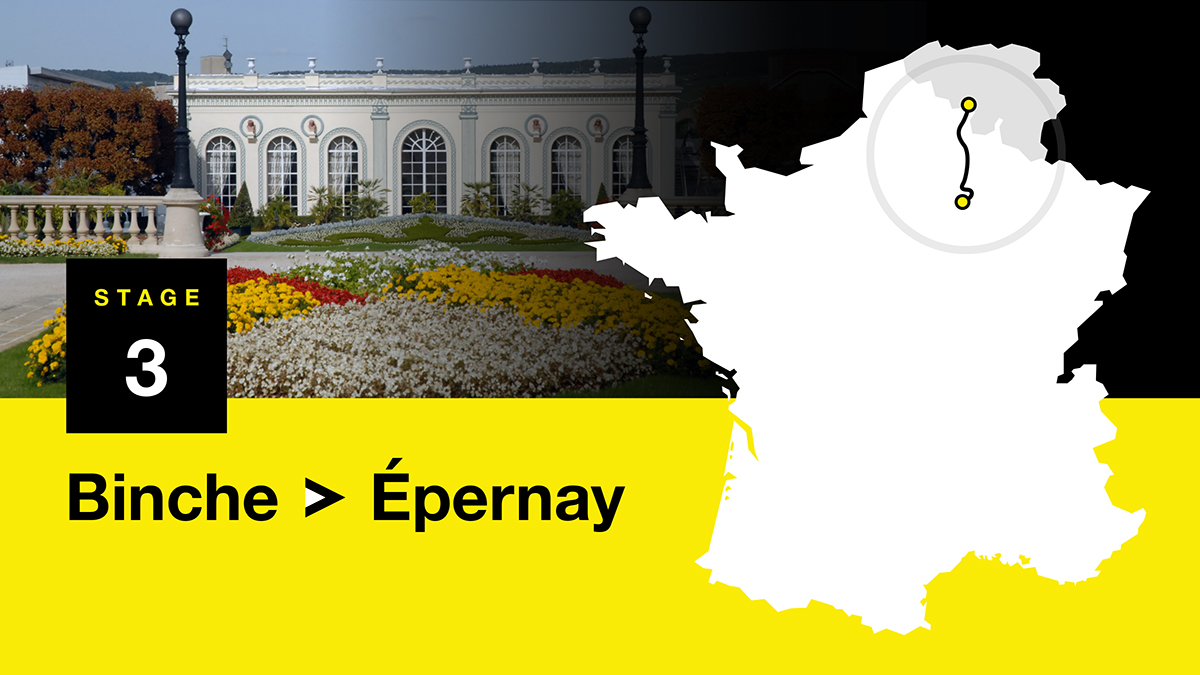 Cobbles and a likely sprint finish await riders on Stage 3, as the Tour leaves Belgium and heads into France.

The first two stages of the 2019 Tour de France will be raced in Belgium, with both starts and finishes in Brussels. As you’d expect from the area, the first stage will give riders a taste of the classics with a cobbled sector—but with only one significant climb of 1.2 km, it will likely be a day for sprinters. Stage 2 is a Team Time Trial of just under 30 kilometers from the Royal Palace to the Brussels Atomium (a landmark constructed for the 1958 world fair).

These first two stages will no doubt give us an idea of which riders to watch, but it’s on Stage 3 that the fireworks will likely start—perhaps fitting as the race finally enters France. Riders begin the day 70km south of Brussels, in the Belgian city of Binche, before crossing the border. With several punchy (though uncategorized) climbs punctuating the route, this the first stage with true potential to fracture the peloton.

To further animate the race, organizers have brought back bonus seconds given for sprints. Stage 3 will feature the first of these bonuses, on the côte de Mutigny (15 km to go). While these bonuses will not affect the sprint points classification, there is time on the line for interested parties. Time bonuses of 10, 6, and 4 seconds will also be given to the top three riders at the finish, respectively—a (somewhat controversial) added incentive for the spindly GC favorites to mix it up in the final sprint.

With a summit just 4km from the finish and a slight uphill running to the line, this is a stage which will reward good all-around riders, potentially giving us our first idea of who’s ready to make a mark on the 2019 race. Look for breaks to form as the race hits the hills in the last 30km. It’s not likely that the real GC favorites will make a move here, but it could be a good day for a powerful climber or breakout rider to earn some glory.

About Lydia Tanner
Lydia Tanner is the athlete content editor at TrainingPeaks. She was formerly an editor at Bicycling Magazine and contributor to Bike Magazine, Mountain Flyer, and RedBull. She is a two-time collegiate national champion in XC MTB, and raced the World Championships as a U23. She is perpetually curious about physiology and human performance.
#CYCLING#TOUR-DE-FRANCE