The Power of Perseverance

The ability to persevere through setbacks and hardship makes the difference between good and great, between success and failure. 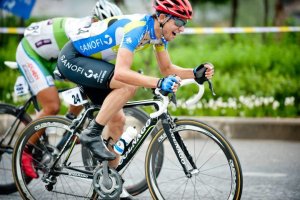 Last week we published an article comparing three riders’ data analysis from the 2013 Parx Casino Philly Cycling Classic. Race winner Kiel Reijnen of the UnitedHealthcare Pro Cycling Team shared his data, and you can check out the power numbers here (including the race-winning move of 11.4 w/kg for 60 seconds!), but this follow-up article is not about big numbers. It’s about something else that sets some athletes apart and makes the difference between good and great, between success and failure: the ability to persevere through setbacks and hardship.

Many people watch professional athletes and think about how gifted they are or how much easier it must have been for them to climb the ranks of their sport. While it is true that successful athletes may (not always) possess some sort of superior genetic ability, they must also have the mental strength to persevere through hardships and struggle. No one makes it to the top without overcoming obstacles that would push most people to quit. It is that mental determination and the ability to endure that makes the difference between success and failure.

“You’ll have a lot more bad days than good days,” was a phrase I heard frequently throughout my own pro cycling career and guess what? It was true. When we see someone on the top step of the podium, rarely do we know how many times they didn’t finish in the top 3, top 25, or maybe even finish at all. 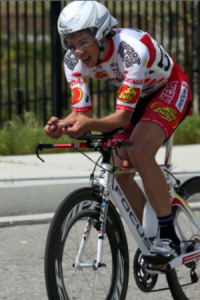 Kiel Reijnen grew up on a small island near Seattle, WA and was hooked on cycling by his high school graduation. His choice to attend the University of Colorado at Boulder was largely motivated by the fact that Boulder is a mecca for American pro cycling, and he flew below the radar until he was picked up by the U23 national team and spent a summer racing in Belgium. In 2008 he was picked up by Jelly Belly and after “being thrown in the deep end I apparently proved I could swim” – he landed his first pro contract.

In 2010, after some impressive results and victories, Reijnen signed with Team Type 1 and began his first season racing in Europe as a professional. In his words, “To say it was hard would be an understatement. It was eye opening. I had my ‘you know what’ handed to me repeatedly and questioned many times if I was doing the right thing with my life. But slowly, steadily I made progress.”

Then, he contracted what he calls a “mystery virus” in 2010 that almost ended his career. “It took me months to recover and I was unsure if I would ever race at the same level again.” Reijnen dug in and stuck it out – but it took him two years to fully recover.

When we asked Reijnen what makes this season different than the previous ones, his answer was one that will surprise many who saw him win with such strength at Philly.

“For the first time in almost two years I feel completely recovered from [that] virus that knocked me out…I feel strong, healthy and back to my old self…I was 98% better a year ago but that final 2% makes a huge difference when you are putting your body under the typical demands of professional cycling. With my health came my confidence – and it’s almost impossible to win a race without having the confidence to do so.”

“Signing with UnitedHealthcare this year was a big step for me. I knew that this year more than any other I would have to prove myself if I wanted to keep progressing in the sport.”

And prove himself he did in the past few weeks, though not without a hitch along the way. During the US Pro Championship race in Chattanooga, TN a few weeks ago, Reijnen was gunning for the win. “After missing out on the Amgen Tour of California I was…hungry — hungry to prove myself. I set my sights on Nationals and I wasn’t going to let go. Every time I went out training it was for a purpose: ‘I am going to win Nationals. I am going to train harder than anyone else.’ During those three weeks I did all the small things right because I knew that if I did I had a real chance of winning. I did an extra 30 minutes at the end of each ride, one extra interval, every time reminding myself that was going to be the difference between me and everyone else come Memorial Day.”

The work paid off – Reijnen was in the top 3 in the final lap of the race. But, with 600 meters to go, he dropped his chain. Though he quickly recovered and still came in third within a bike throw of the victory, his disappointment was evident. “When I went to Chattanooga I went there to win. But I didn’t win. I was so emotionally wrapped up in everything I hadn’t even given myself the chance to think about what would happen if I didn’t win.”

“Now, I could dive in and tell you how a mechanical foiled my attempt to win Nationals and if there had just been another 20 meters of road the jersey would have been mine, but that isn’t the point of this story. The fact is mechanicals happen, often at really inopportune times, and there wasn’t 20 meters of extra road. It took me a couple of days to swallow that loss, but no matter how frustrated I was it wasn’t going to change the outcome.”

What Would You Do?

As athletes, we can train and prepare diligently and follow the plan to a “T”, but sooner or later we all learn that some things are just outside of our control. The difference between success and failure is how you react to setbacks. 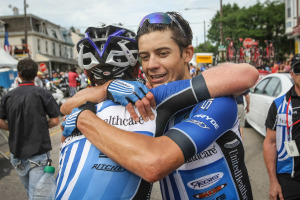 Many people in Reijnen’s shoes in 2010, living abroad, sick and weak may have thrown in the towel. Going from a promising, young talent to back of the pack can strip even the strongest athletes of their confidence. As spectators, we see the glamorous side of pro cycling: the racing, the podiums, the travel, and the life and luxury of training full time. We don’t see the sacrifice, the loneliness of living in a foreign country, the bad or bare bones hotels, the injuries or sickness, the pressure to perform, or most importantly the perseverance it took to get there – the place where we are seeing them now. 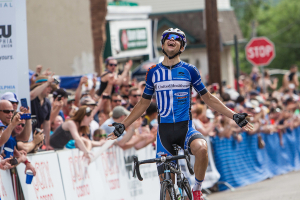 Last week we saw many photos of Reijnen’s winning move, his explosive attack on the Manayunk Wall, and then he and his teammates celebrating his victory. But there were no photographers around in 2010 taking pictures of him getting his “you know what” handed to him in race after race, struggling with a terrible virus, and struggling with the question of whether or not he was cut out for the career he’d chosen. The photographers at Nationals captured him banging his handlebars in frustration at his bad luck, and near miss. However, Reijnen knew that if he could look ahead and stick it out, there would be a better day.

“The beautiful thing about cycling is there will always be another race next weekend,” he said. “Since Philly was around the corner I knew I had to stop dwelling on what I couldn’t change and start focusing on what I could do at Philly. I knew the course by heart, each meter of Manayunk Wall. The form I had worked so hard for was still there and I knew that the new course suited me well. Even after the disappointment at Nationals the team stood behind me. They had confidence in my ability to ride with the best up to the finish and they made sure I was in position to make it happen.”

The lesson here is that perseverance may in fact be the most important aspect of an athlete’s strengths. What is perseverance? It is the ability to endure. Cycling, triathlon and running are all endurance sports, and a definition of endurance is: “bearing hardship; staying power”.

Perhaps Reijnen’s story may help you get through the next time you may be having a bad day – whether it’s a tough training day where you want to call it and turn around 20 times, or after a disappointing result at a race you were targeting all season. Setbacks will happen no matter how much you prepare; but your success as an athlete will be determined by how quickly you can bounce back, how much staying power you have. It’s a different kind of power than we usually write about, but perhaps it is the most important power after all.

To stay up with Kiel’s latest adventures and races, visit his blog www.kielreijnen.com or follow him on Twitter @KielReijnen. Kiel lives in Boulder, CO and races for the UnitedHealthcare Pro Cycling Team.

About Shawn Heidgen
Shawn'Heidgen has been involved in cycling for over 20 years. She raced professionally for three years during which she completed 2 Giro D'Italia Donne (Women's Tour of Italy ) and competed on the National Race Calendar circuit. 'Shawn'has also coached cyclists of all abilities for many years, and has led and directed training camps all over the world. Learn more about Shawn on alpcycles.wordpress.com, her coaching partnership with NCC Criterium Champion Alison Powers.
#PERFORMANCE#SPORTS-PSYCHOLOGY