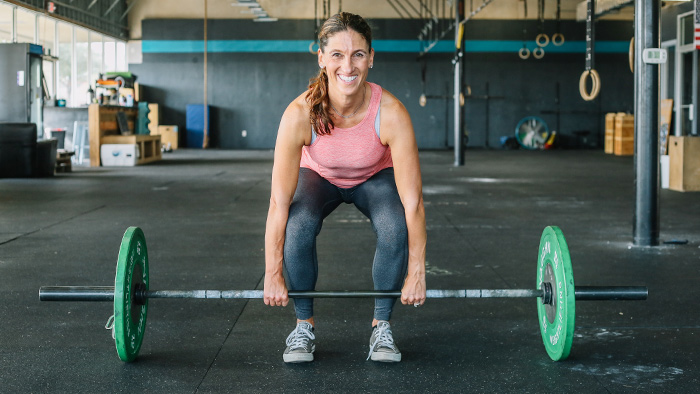 After 15 years of trying in earnest, Jen Rulon will finally be on the Kona start line this year. Here’s how this successful coach and age-group competitor has developed as an athlete and as a person throughout her entire triathlon journey.

When 45-year-old Jen Rulon of San Antonio, Texas, crosses the finish line in Kona this year, it will be the culmination of 15 years of hard work, a close call, a massive career change and a deal she made with her grandfather back in 1989.

A 12-time IRONMAN finisher, Rulon has had her sights dead-set on Kona ever since she watched the famous “Iron War” on NBC in 1989, where legends Dave Scott and Mark Allen duked it out side-by-side for 139 of the 140.3 miles of the race (Allen would edge-out Scott, crossing the line less than a minute ahead of him).

“I told my family right then and there that I would do that race by the time I was 30,” says Rulon. “And my grandfather, who was a huge inspiration in my life, told me that if I did he would come watch me.”

While her grandfather passed away in 2001, Rulon knows that he will be right there with her as she races in Kona for the first time.

After her couch declaration, it would be a few more years before she finally dipped her toe into triathlon, finishing her first sprint race in 1992 in her home state of Wisconsin. “I had a mountain bike, a bucket to wash off my feet after the swim—the whole nine yards,” laughs Rulon.

Throughout her twenties, Rulon competed in sprints and Olympic-distance triathlons, but it wasn’t until she realized she was almost 30 years old that she knew it was time to finally try for an IRONMAN, finishing her first at IRONMAN Wisconsin in a respectable time of 12:58.

In 2004 she hired coach and former pro triathlete Brandon Marsh, and became more dialed-in with her training, using TrainingPeaks and developing some more power and speed. That year she competed in IRONMAN Brazil, finishing eighth in her age group—however Kona slots only rolled down to seventh. “When I missed my spot by one place—and only 84 seconds—I was just gut-wrenched,” she says. “However, not making it to Kona actually changed my life in ways I never could have imagined.”

When she returned to Texas, where she was working as an animal trainer at SeaWorld, she took stock of her life, her career and her goals. She had been a USAT-certified coach for several years at that point, but it had always been a side-job. “I realized how much I loved coaching and so I decided I wanted to continue to be a part of other people’s successes.” She quit her job and returned to school, receiving her Masters in Kinesiology from the University of Texas at San Antonio.

Using her new depth of sports science knowledge and TrainingPeaks, Rulon has been able to not only coach several athletes to success, but also to hone in on her own training goals.

“I hired Brandon for a reason, I trust him and his plan and his process,” says Rulon. “And with TrainingPeaks, he can help keep me accountable to that plan.”

Rulon says that as a coach, she believes the key to seeing success with TrainingPeaks is by utilizing the comments section. “Those extra few minutes of writing down how you felt during a key session—it’s huge not only toward my success with my coach but with my own athletes’ success and progress.”

“You know, I never felt athletic growing up, even though I did several sports in high school,” says Rulon. “For me it’s been a fantastic gift to be able to learn how to use my body and show others all they can do, and that’s why I love this sport so much and want to continue to give back to it.”

As wife to a fellow IRONMAN and multiple Kona finisher (their honeymoon was at IRONMAN Western Australia in 2005), the Rulon household is understandably giddy with excitement as this year both Rulon and her husband, Chris, will be racing.

It’s especially exciting for them as they both got their slots at 2017’s last eligible race—IRONMAN Mont-Tremblant.

After spending a lot of time improving her marathon pace with Marsh using run progressions in the hot Texas heat, Rulon felt it all pay off in Tremblant as she flew off the bike feeling fantastic. “I remember I saw Chris when I was just starting my first lap of the run, and I was smiling and just feeling great and he ran up to me and just said, ‘Jen. It’s time to do what you came her to do.’”

Rulon would finish in 10:59:31, good enough for third in her age group—and most importantly that Kona slot she’d be dreaming about since 1989.

While the Tremblant slot didn’t leave much time for a recovery before Kona training began again, Rulon isn’t putting any stress on herself for the race. “I put all my eggs in one basket to get that slot,” says Rulon. “So I’m realistic. There are definitely women in my age group who are way faster than me, but that’s okay. I couldn’t be more stoked and excited to be able to race after all these years.”

To help her improve her marathon time, Rulon did a 90-minute run progression set like this one, which you can export directly to your compatible Garmin device by clicking below:

About Susan Legacki
Susan Grant Legacki is the Content Director at TrainingPeaks. The founding editor of LAVA Magazine and a former editor at Triathlete Magazine and Inside Triathlon, Susan is an IRONMAN finisher, Boston Marathon qualifier, USAT Level 1 Triathlon Coach and certified Pilates instructor. When she's not editing or writing copy about endurance sports, you can usually find her training for them around Boulder, Colo.
#IRONMAN#TRIATHLON