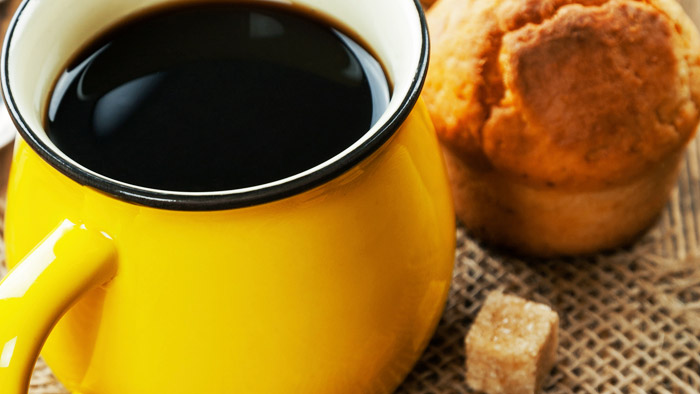 The Effects of Taking Sugar Out of Your Diet

As an experiment, two endurance athletes decided to remove sugar from their diet for 90 days to see how it would affect their training, mood, and performance. Half way through, here is what they have experienced.

Carbs and sugar are staples of the endurance athlete’s diet, but do we really need to consume so much of them? Can endurance athletes actually see a performance gain by avoiding sugar and carbs and training the body to use fat as fuel? Two of us here at The Feed (headquartered in Boulder, CO) have decided to do a 90 day test to find out what happens when we eliminate added sugar and dramatically reduce carbohydrates from our diets.

Our hypothesis is that endurance athletes, like us, who train 10 to 15 hours per week can see benefits in both performance as well as blood work by significantly reducing carb and sugar intake. We fully acknowledge that some of you are fortunate enough to train 20 plus hours per week, and more power to you. Unfortunately, working full time 9 to 5 jobs prevent Michael and I from increasing our training volume for the purpose of the test. As such, we’ll maintain our normal training volume throughout the test.

In order to quantify the results of the dietary change that we’ve made, we partnered with Dr. Kevin Sprouse of Provision Sports Medicine and the Cannondale-Garmin Pro Cycling team for blood work analysis, and Carson Christensen from Fascat Coaching for VO2 Max testing. We’ve already done the first round of testing prior to starting the 90 day test, and we’ll re-test again at the end of 90 days.

While we realize that any evidence gained from this experiment is purely anecdotal and specific to the two of us, we’re also hoping to show other athletes that this type of test is repeatable.

What we looked for in our baseline blood work:

We’re also measuring the 90-day change in VO2 Max test data, specifically percent of carbohydrate versus percent of fat burned at a given output in watts per kilogram. We are interested in the change in our max VO2 (ml/kg/min), but we’re not training to increase that number. We’re making a dietary change, with no change to training type or volume, in hopes that our bodies will burn more fat.

Here is a snapshot of the information from our baseline VO2 max test:

The benefits of learning to burn more fat are significant for endurance athletes. Glycogen will always be the easiest source of energy to use during exercise, but our bodies store far less glycogen in reserve than fat. When we burn a lot of carbohydrate during exercise, it’s very difficult for us to replace those carbohydrate stores and use that energy during exercise. Burning a higher percent of fat compared to carbohydrate at sub-threshold outputs will leave your precious glycogen stores available for use at higher output near the end of a tough training day or race.

After 45 days, I can say that I’ve yet to feel any negative effects of eliminating sugar and reducing carbohydrate intake. My training in the winter months is an even mix of cycling, nordic skiing, and strength training, some of which is high intensity for 60-120 minutes.

One of the recommendations that Dr. Sprouse gave us prior to starting the test was “don’t lose weight”. It’s natural to assume that if an athlete removes sugar from their diet, and changes nothing else, they’ll reduce calories and lose weight provided their training volume remains the same.

To avoid losing weight, I’ve been focused on adding healthy fats to my diet as opposed to additional protein or carbohydrates. I have a big sweet tooth, so giving up desserts after dinner has been the hardest part of this test. I’ve found high-quality tree nut butters (almond, cashew, walnut) to be a great substitute. I’ve also added more eggs and avocado to my daily routine. I estimate that I’m eating 12 eggs per week and 3 to 4 avocados.

I haven’t changed my fueling strategy during exercise, although in general I’m starting workouts on smaller meals and less food. I’m also eating earlier in workouts and more frequently.

Beyond that, I can say that the first 7 to 10 days without sugar were difficult. I was essentially going through withdrawal; foggy head, sluggish, general malaise. Those symptoms have subsided now and I feel as good if not better than I did prior to starting this 90-day experiment.

In another 45 days we’ll retest both VO2 Max as well as our blood work to see if there have been any significant changes. We’re going to do our best to keep training volume consistent as the days get warmer and longer.

About Bryan Smith
Bryan Smith is a former professional cyclist and current semi-pro exerciser. He enjoys nordic and backcountry skiing in the winter, and rides road or mountain bikes whenever the sun is out. Bryan is co-founder at The Feed in Boulder, Colorado. You can reach Bryan via email bryan@thefeed.com, or check out The Feed's blog for nutrition tips to fuel your workouts.
#DAILY-NUTRITION#NUTRITION