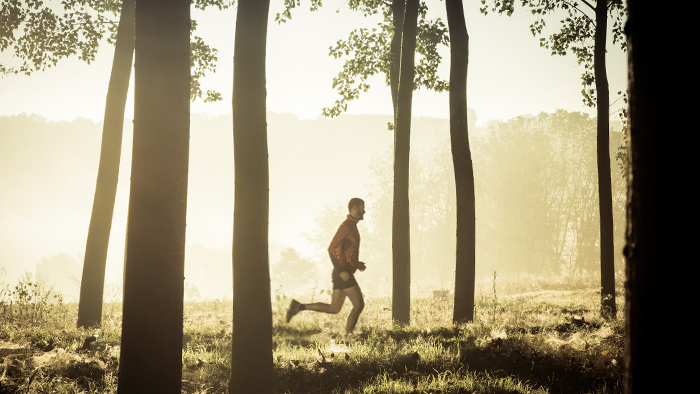 Take the Long Look: How to Plan (Very) Far Ahead in Order to Reach Your Goals

If you want to succeed as a long distance runner, you need to take the long look.

By any measure, I had achieved success in Germany, winning bronze and silver medals, but that was less than at the two previous Worlds, when I took home the gold. The bigger problem was that in New Zealand, because of my birthday, I would fall five months short of moving from the M45 age division into M50—which would presumably have easier competition. Almost all my rivals were younger than me—youngsters who had just moved into the division and were ready to take down the old coot. To match my previous record, I would need to train much harder and, more importantly, much smarter.

So I pulled out a sheet of paper and began to plot my training for the next 18 months.

Other than at the elite level where runners look from one Olympic Games to the next, I suspect this is something that few runners do—but maybe they should. Consider the following suggestions as you map your training for the coming year:

Not far ahead, but far, far ahead. Not weeks ahead, or months ahead, but years ahead. What activities should you be doing now to enhance the quality of your life all the way to the end of that life? Today, running sits at the center of your universe, but look to the future. Running scores high when it comes to cardiovascular benefits. Our sport is also a great (not merely good) tool for maintaining weight and strengthening the lower body—but what else should you be doing?

While still in my 20s, I began supplementing my workouts by lifting free weights. Few runners strength-trained back then, but I was thinking ahead. Later, I added cross-country skiing, snowshoeing and even competed in triathlons, adding swimming and cycling to my workout routine. In planning far, far ahead, you should seek total fitness—not just running fitness.

The time for New Year’s resolutions slid past us, but you still can make a running resolution. What will be the theme of your running for the calendar year; not just which specific races, but the motivation leading to those races? Perhaps it is time to get serious about the sport and train extra hard, perhaps aiming for some PRs (Personal Records) or that coveted BQ (Boston Qualifying Time) that has eluded you during your running career.

Or, perhaps you are burned out from the training it took to reach previous goals. Don’t just stop running, but maybe realize that it’s time to cut back on both the quantity and quality of your workouts to refresh yourself psychologically for the next big push.

College-age students often do something similar which they refer to as a “gap year.”  They get a job, earn some money, sometimes travel, and, after a break—return to college or to graduate school. After that Worlds in New Zealand, I not only grabbed gold in the marathon, but I also scored a bonus bronze medal in the 10,000 meters. Then, I returned home and did not run a step for two months (I cross-country skied instead).

Goal-setting (as suggested above in steps one and two) has provided you with a theme for the full year. What about the smaller increments of that year? Often a major race, such as a marathon, attracts our attention. But while having a single major goal for the year, you can also have interim goals. For example, a half marathon or two in the spring leading up to a full marathon in the fall. My half marathon training programs last 12 weeks; my marathon programs, 18 weeks. That allows for several training cycles.

Both my Novice Supreme and Personal Best training plans combine 12- and 18-week programs for a total of 30 weeks.This permits a gentler ramp-up in mileage and—although I can’t offer any research studies to prove it—decreases the risk of illness and injury that comes with overtraining.

When it comes time to achieve success as a runner, proper planning should rate high on your list. Plan ahead. In fact, plan very, very far ahead.