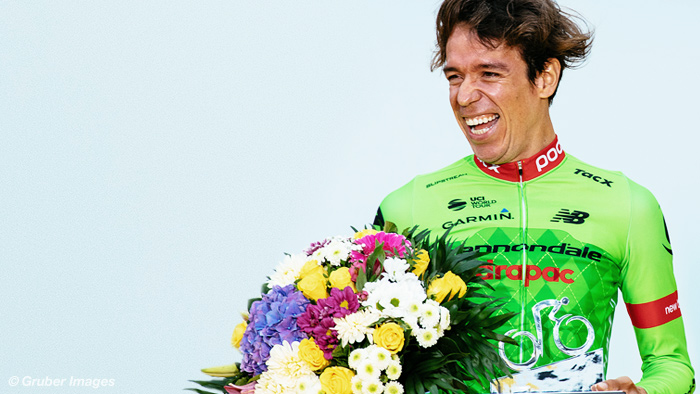 A rare look at what goes into a world-class Tour rider’s all-out TT effort in a race for the podium.

Many thanks to Dig Deep Coaching’s Philipp Diegner for his work on this analysis and infographics.

The final three stages of the Tour defined what was a magnificent showing for Team Cannondale-Drapac, and solidified Chris Froome’s fourth Yellow Jersey. Let’s take a look at the last critical stages of the Tour: the long recovery of Stage 19 where Urán’s teammates skillfully shielded him, and the all-out effort (and nail-biting finish!) of Urán during the Stage 20 TT.

Stage 19 – Longest Stage and Recovery Time for the Field

A large break of 20 riders dominated the longest stage of the Tour after being let go on the first climb after 25 kilometers. They fought hard for the stage win in the final, while the peloton settled into a very moderate tempo as everyone was anticipating the time trial that would follow on the next day. Compared to the previous three weeks of racing, Stage 19 had only one climb—the Col Lebraut, no doubt a welcome change as the rider’s prepared for Saturday’s final speed test in Marseilles. 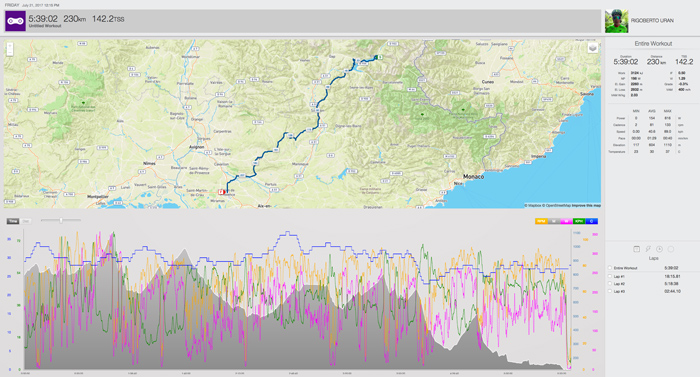 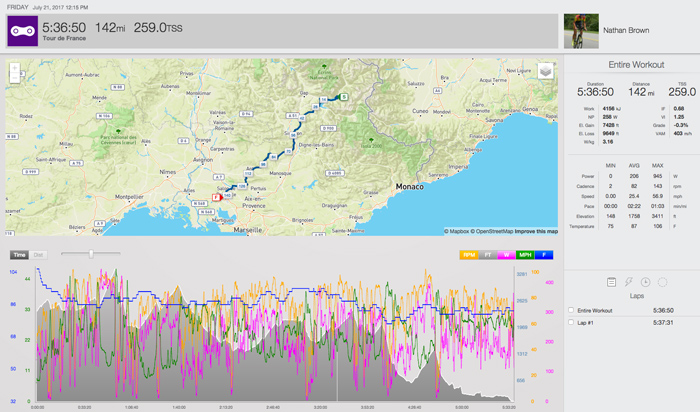 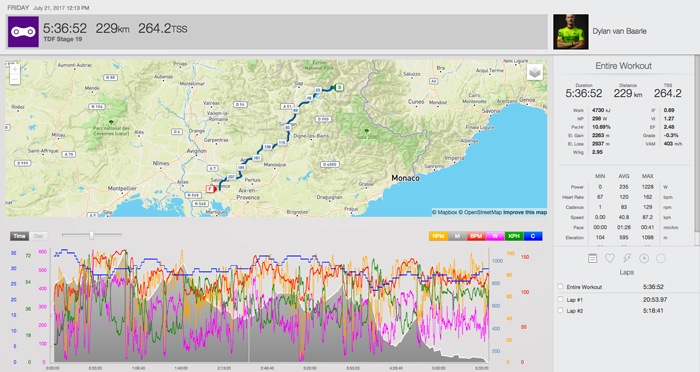 This first KOM required high power outputs from all the riders. Looking at the discrepancy between Brown and Van Baarle vs. Urán on the climb, it is visible how effective the duo protected their Colombian captain.

The rest of the stage caused no difficulty for the whole team. No one was willing to take up the chase of the breakaway and consequently, the pace was very moderate.

The GC riders jumped on the opportunity of taking it easy for once and with the help of his teammates, the Colombian contender would save a lot of energy going into the critical time trial.

A 22.5km time trial in the centre of Marseille would decide the race. The stage was set for a real showdown as Chris Froome (Team Sky), Romain Bardet (AG2R) and Urán went into the 20th day with just 29 seconds separating them.

The course featured a 1.1km-long climb with a 10 percent gradient, maxing out at 16 to 17 percent. This made it a very challenging TT course. Depending on their day’s form, riders could gain or lose significant time. With the top-three riders still less than 30 seconds apart, the race for Yellow was still very open! 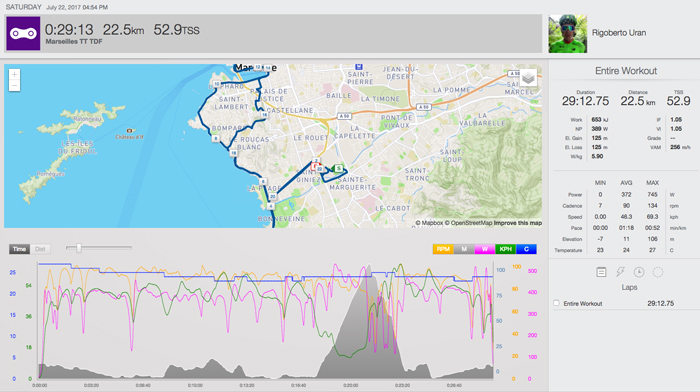 Urán pulled off an amazing performance that was good for eighth place in the stage—and most importantly it allowed him to move up to second overall.

He was 1:31 minutes faster than his French rival Romain Bardet, despite misjudging the last corner and bumping into the barriers. Without this small but inconsequential mistake, he could have finished in the top-five on the day.

This is the first time that a major Tour de France contender publishes his power data in a time trial. Thanks to the Colombian star rider and his team Cannondale-Drapac, the data provides unique insights into the ability of professional cyclists at the highest level.

Urán’s power over the course of the time trial was absolute world-class. With 378w, 6.00w/kg average power and 389w, 6.17w/kg normalized power, he rode at his limit for 28:46 minutes. He paced his effort very well, not going out too hard out of the gate and saving energy for the steep climb 15km into the course.

With 371w, he passed the first time-check at 12:19 minutes and lost 24 seconds to Chris Froome on these first 10.2km. What could have been perceived as a bad day, soon turned out to be strategy, when Urán started to improve both his effort and placing.

The next sector featured the climb to Notre-Dame de la Garde and it was here that the Colombian put out his best effort. He covered the sector in 8:23 minutes—the second fastest time of the day—riding at 401w, 6.37w/kg and regaining six seconds on Froome.

Most impressive was the climb itself: He flew up the 1.1km-long ascent with 20 kph average speed on a 10 percent gradient. To achieve this, he produced 457w for 3:16 minutes—7.25w/kg! This is even more remarkable, considering that the effort was produced not from a rested state but after riding for 15 minutes at 6w/kg.

On the last 6.9km, Urán was still going well and on the way to a top-five result, when he overshot the last corner going into the stadium where the finish was located. He bumped into the barrier and came to a halt, losing 10-12 seconds and finally finishing eighth, 31 seconds down on the stage winner Maciej Bodnar (Bora-Hansgrohe). 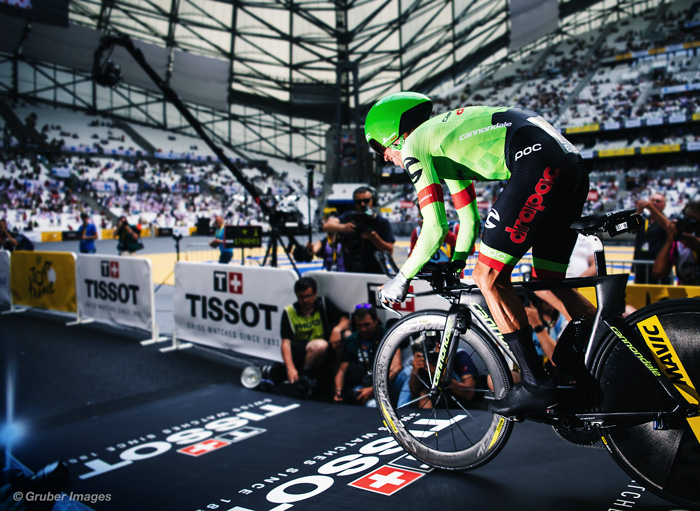 He averaged 364w for the last eight minutes. This number is deflated, however, because the segment included a 2km-long downhill, where the effort had to be reduced and the riders had to navigate a few tight corners. Once he reached the flat part, Urán ramped up his effort and put out 411w, 6.52w/kg on the next 3.5km.

Even after his mistake in the last corner, he accelerated hard and sprinted over the line with 485w for 26 seconds, peaking at 745w! The final time: 28:46 minutes at an average speed of 46.9kph!

Click on the image below to see Kreuziger’s Power File: 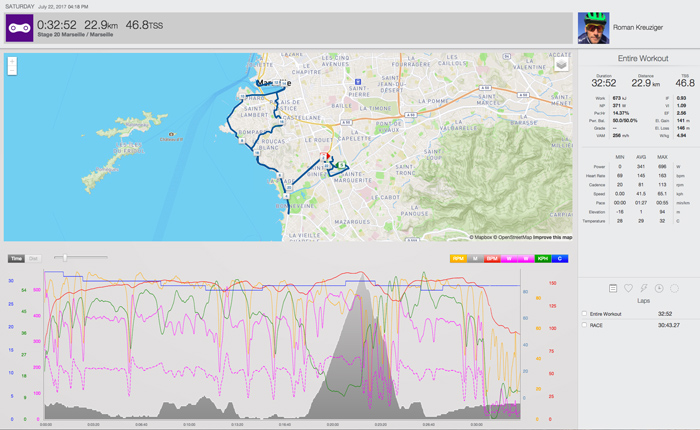 A more than solid 24th place in the general classification in the Tour is the Czechs’ reward. He will race the Clásica San Sébastian next, a race he was won in 2009 and finished third in 2013. With his current form and some rest, he could be in for a great result.

A time trial with a length between 20km and 30km is the perfect test of individual cycling ability. Urán proved on stage 20 that he has been one of the strongest riders in the Tour de France 2017.

The power he produced after three weeks and more than 3,000km in the saddle was very impressive—a well-deserved second place in the GC.

This amazing performance was partly due to Cannondale’s great teamwork throughout the Tour, protecting Urán whenever they could, combined with the very intelligent race tactics of the Colombian.

Highlight efforts on the way to 2nd overall

(with time difference to Chris Froome)

Examining the evolution of the time difference between eventual Tour winner Froome and Urán, the Colombian lost 51 seconds in the first time trial in Düsseldorf and finished 54 seconds down in Paris.

He came out of the mountains in a better place than he was in after eight stages. It was a very close Tour, and Urán has proven that he is capable of winning the Tour de France in the future, if everything goes his way.