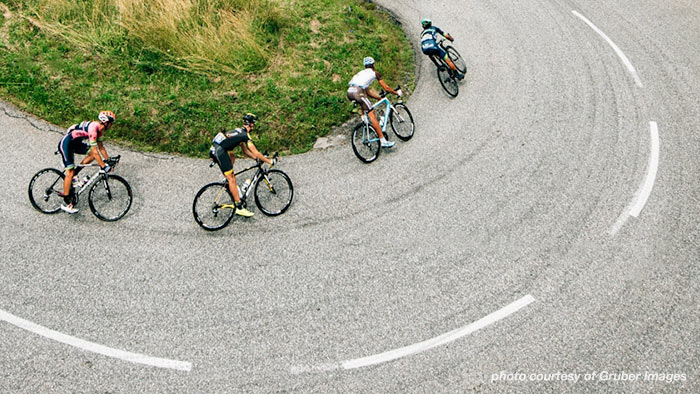 This year, the Olympic Road Race favors a select few riders. Ryan Cooper, Chief Scientist of Best Bike Split, broke down the course and the weather so you can see just what it will take to win Gold.

Every four years, the world’s best cyclists race to take home an Olympic medal. See why this year, the course in Rio favors a General Classification type of rider and what type of power they will need to put out to take home the gold.

The Men’s Road Race course will be extremely challenging for the riders. At around 240km long it resembles a one day spring classics race, but with multiple circuits that feature categorized climbs. Riders will depart near Copacabana and head along the coast for the first 35km until they reach Grumari Natural Park. They will do four circuits around the park, which has two category 4 climbs. The first is up the appropriately named Grumari with narrow roads averaging 7 percent grade for 1.2km, with the steepest sections of the climb top out around 12.5 percent. The second climb is the Grota Funda which is a bit longer at 2.1km, but the road grade is less than Grumari at 4.5 to 6 percent. The circuit also features a 2km cobbled section, however much of it has been paved over for the time trail that will cover the same circuit.

When riders finish their fourth loop they will head back towards the city along the coast. The sections along the coast are completely exposed, so if the wind picks up off the ocean they will feel the full impact. Before hitting Ipanema riders will turn inland to start the first of three loops around the Serra da Tijuca National Park. This circuit features a category 1 climb up a two section climb of both Canoas and Vista Chinesa. The first part of the climb up Canoas is the steepest with several sections over 11 percent. Riders will get a short respite on a steep descent before climbing the Vista Chinesa which features a few steep sections, though the overall average grade is less than Canoas. On the back side of Vista Chinesa there is a very technical 6km descent. After the third loop, the course will head back up the coast for the last 15km to Copacabana for the finish. View the race link to see the power these riders will be putting out.

The weather has been fluctuating daily. The forecast had called for increasing cross winds which could have caused some havoc in long stretches along the coast, but recent forecasts have shifted to a slight wind coming from inland in the morning and shifting to a slight headwind around 6 km/h on the way back into town after the Serra da Tijuca circuit. One thing that hasn’t changed with the forecast is the temperature, which should rise to around 20C (70F), but luckily for the riders the early higher humidity will drop throughout the day.

Unlike the 2015 World Championships in Richmond, VA., the climbs on this course are most likely a bit too long for a one day classics rider. The course seems best set for a climber who can descend very well.

There are plenty of places for attacks on the first circuit. The first climb up Grumari has some very steep 12 percent grade sections. A group of riders that want to try to drop the larger sprinters or time trial specialists may want to make a move on the third loop to put some distance between the peloton before hitting the flat 20km back up the coast to the second circuit. Those looking to medal will most likely mark any early moves by potential contenders and look to make moves in the second circuit in the Serra da Tijuca National Park.

A definitive move on the last lap from a strong climber out of a small leading group up Canoas has a real chance to stick. A great descender could put some time into the group on the final descent, but with 15km of headwind to the finish a solo rider will need at least a minute and potentially more at the bottom of the descent to hold off a chase group assuming the group could push the power and work together to the finish. A course like this really favors General Classification type of riders who can maintain high watts per kilogram on the climbs and descend well. The run into the finish could come down to a very small group and the one who has anything left in the legs for the sprint.