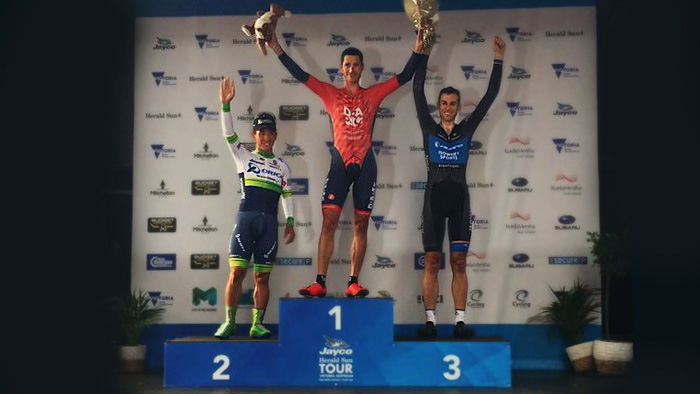 Australian Will Clarke of DRAPAC Professional Cycling took the victory at the 2016 Jayco Herald Sun Tour Prologue. Take a look at the power Clarke had to produce to take the leader’s jersey.

Just as he did in 2015, Will Clarke took the victory in the short Stage 1 Prologue at the Jayco Herald Sun Tour. A short 2.1kms long and on a fairly technical course through city streets with high speed corners, the prologue required high power output and strong handling skills. Taking the win by less than one second, Clarke pushed himself to the limit for the win.

About TrainingPeaks
The staff at TrainingPeaks includes passionate athletes, coaches, and data enthusiasts. We're here to help you reach your goals!
#CYCLING#DATA-ANALYSIS#PERFORMANCE