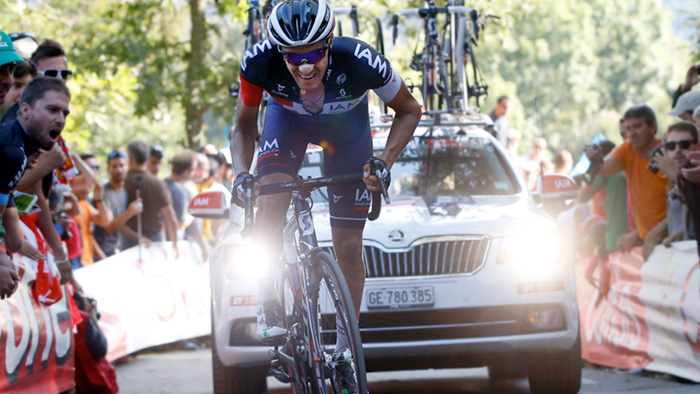 Power Analysis: Larry Warbasse’s Stage 16 of the Vuelta a Espana

American Larry Warbasse of Team IAM Cycling got into the early break on stage 16 of the Vuelta a Espana. View the power he put out to work with the break and ascend the final tough climbs of the day on his way to 8th place.

During stage 16 of the Vuelta a Espana, Team IAM Cycling’s Larry Warbasse bridged a gap to make it into the early breakaway. After making the small group of ten riders, Warbasse worked for over 5 hours to contribute to the group and climb the three categorized climbs to the finish. Here is a look at his power over the stage and what it took to take 8th on the day.