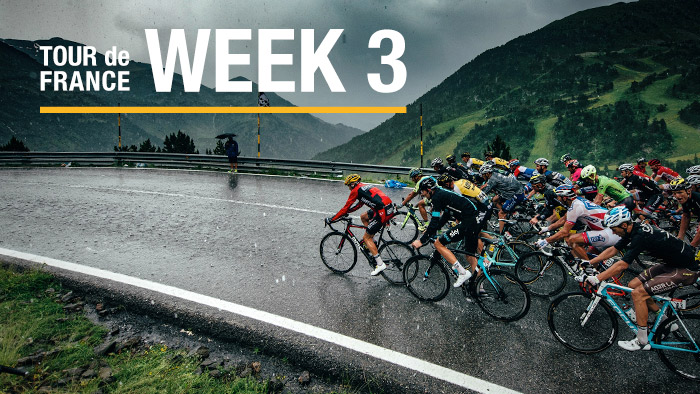 The third week of the Tour de France features some of the most difficult stages yet. We analyze the power, speed, calories, and other metrics from each stage to give you an inside look at how difficult this race really is.

The second individual time trial of the tour is quite a bit different from stage 13, as it is the first mountain time trial in the Tour since 2004. Stage 18 starts with a flat 4 km out of Sallanches before turning up the Côte de Domancy, a short but steep climb at 2.5 km with an average grade of almost 10%. From there, riders will continue to climb roads with gradients around 4% towards the Côte de Chozeau, which kicks up to 5.4% for 3.1 km. After cresting the top there is a non technical 2 km descent into the finish in Megève.

The 3rd stage in the Alps shouldn’t be as tough as stage 17, but does feature four categorized climbs and starts on a non categorized, but difficult climb right at the start out of Albertville. The course winds its way around the alps from one climb to the next with only a few sections of respite on the run into the intermediate sprint point at Doussard and the long descent after the category 1 Col de la Forclaz de Montmin, which at 9.8km features and average grade of 6.9%. When riders reach Ugine, the real race will begin starting with the category 2 climb up Col de la Forclaz de Queige which is immediately followed by the Hors Categorie Montée de Bisanne, a monster climb at 8.9% average grade for 12.4km. At 125km riders will face a steep technical descent into Domancy. The final test will be the 9.8km ride up Le Bettex at an average grade of 8%. 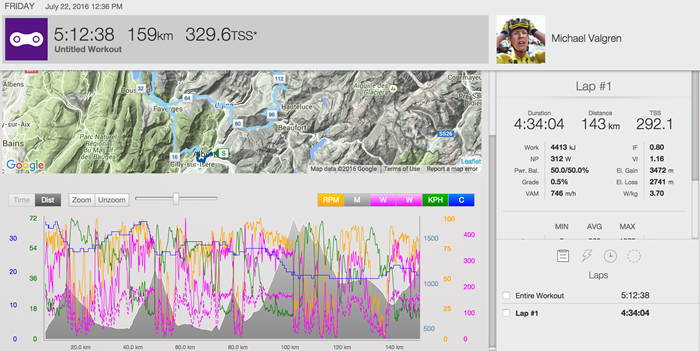 The final day in the Alps is also the last place for any GC contenders to make moves before heading into the finish in Paris. Stage 20 is a shorter but intense stage at only 146.5 km it features four categorized climbs. Starting out in Megève, riders will head southwest through rolling terrain till the course turns north at Flumet. From there riders will face the Category 2 Col des Aravis before the easier of the two category 1 climbs, the Col de la Colombière which features an average grade of 5.8% for 11.7 km. After a long descent into Marignier, the riders will turn east and start the 13.9 km, 7.1% climb up Col de la Ramaz. The final test for climbers and GC riders will be the Hors Categorie Col de Joux Plane with an average grade of 8.5% for 11.6 km. Cresting over the top, there is a steep descent into the finish in Morzine-Avoriaz, not unlike stage 8 where Froome attacked into Bagnères-de-Luchon. 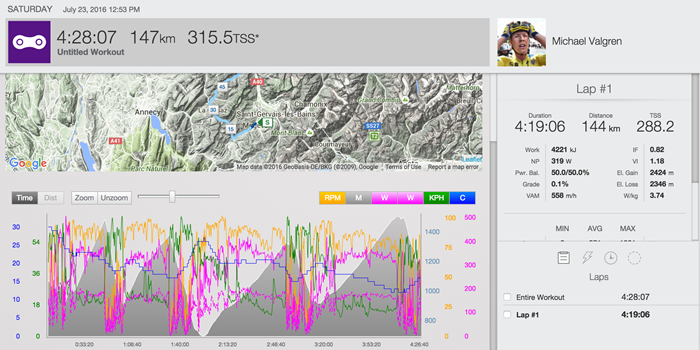 The final day of tour is only 113 km. Starting in Chantilly riders will head south towards Paris. The only categorized climb is a very short category 4 climb up the Côte de l’Ermitage, which is only .9 km long at a 7% grade. The course turns east at Suresnes to head into Paris for the start of 8 laps of the Champs-Elysees to end the 103 Tour de France. 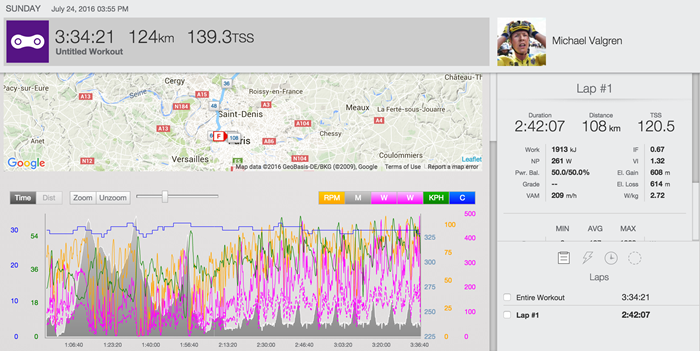