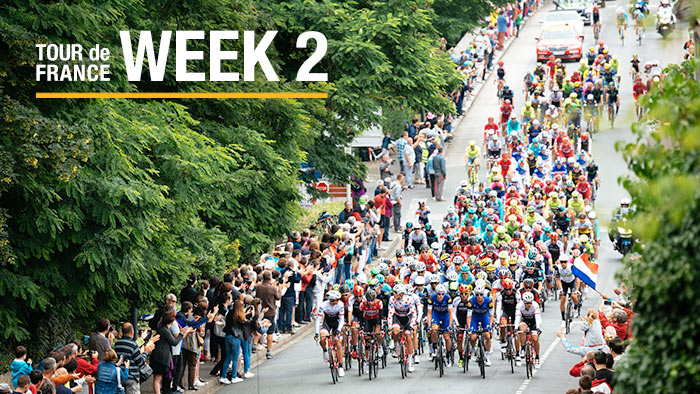 The Tour de France pushes riders to their limits for three weeks. From fast flat stages to punishing mountain top finishes, no stage allows the riders to relax. We take a look at some of the power numbers produced by the pros.

Heading east out of Carcassonne the riders will see 2 small category 4 climbs early on in the race at 38 km with the Côte de Minerve and at 57 km with the Côte de Villespassans. The remainder of the course is relatively flat and wide open so the wind will have an impact on the riders. The intermediate sprint point is at 113.5 km into the race, right before a short non categorized climb. The final 20 km into the finish at Montpellier will be flat but the cross winds could cause some havoc.

Initially planned to end at the top of Mont Ventoux, the stage has been shortened due to the likelihood of strong, gusty winds at the top. The organizers have shortened the stage by 6.5km and it now finishes with a 9.5km climb up Mont Ventoux.

Stage 12 of the Tour de France comes on Bastille Day and will be starting in Montpellier then travel northeast on fairly flat to rolling roads for nearly 112km before the climbs start. The first being Côte de Gordes at 4 km long and an average of 4.8% grade and then Col de Croix Termes which is shorter at 2.5km, but almost twice as steep at 7.5%. These are just warm ups for the shortened finish on Mt. Ventoux, a 9.5 km climb with an average grade of nearly 9%.

Stage 14 is a relatively flat course but at 208km it will be another long day in the saddle. Starting in Montelimar the course features 3 category 4 climbs in the first half of the day on the way north to Villars-les-Dombes Parc des Oiseaux. The first climb will be up the Côte de Puy-Saint-Martin at 20.5km. The next two categorized climbs are back to back with the Côte du Four-à-Chaux at 93.5km and the Côte d’Hauterives at 101.5km. The remainder of the course features some rolling hills before the gradient levels out over the final 50km. The flat and straight 3km run to the finish finally sets up nicely for the sprint teams trying to form leadout trains. 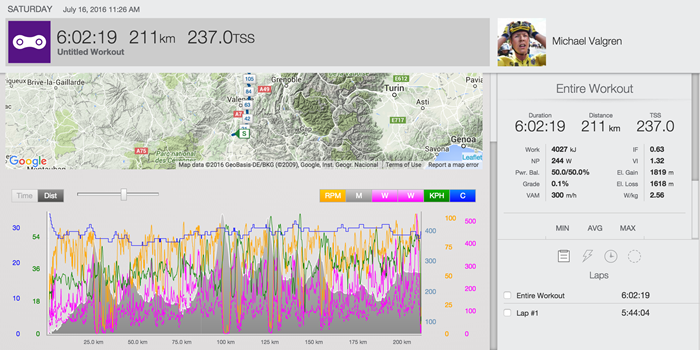 After a flat day the tour goes right back to the mountains. Stage 15 features five categorized climbs. Starting with the category 1 Col du Berthiand. Then at 23 km riders will face a series of lower category and non categorized climbs leading to the category 3 Col de Pisseloup at the halfway point and peaking at around 79 km. There’s not a single flat section on the course save for the two runs through Culoz. The real test for riders will come at 100 km where riders start to climb the Hors Categorie Grand Colombier, a 12.8 km long climb with an average gradient near 7%. This climb is followed by the Category 1 Lacets du Grand Colombier, which is actually part of the descent off of the same HC climb from a different approach, as the course double backs on itself, before descending back to the finish. 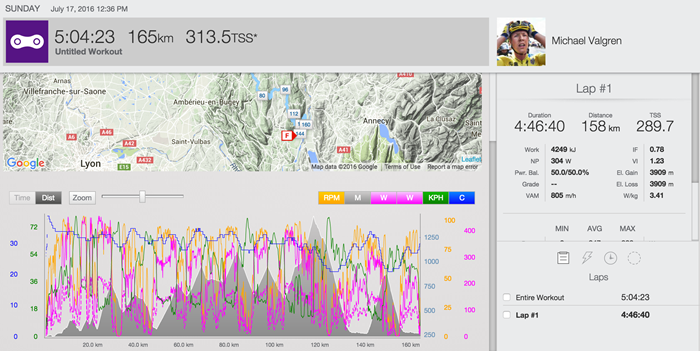 Starting in Moirans-en-Montagne, France, the course takes the riders 209 km to Berne which is the capital of Switzerland and the home of Fabian Cancellara. The course actually traverses the Jura Mountain range, but there is only one categorized climb on stage 16. That being the category 4, Côte de Mühleberg at 1.2 km and an average grade of 4.8%. The finish could be exciting with its small 600 meter cobbled climb just before the last kilometer and then a completely flat sprint into the finish. 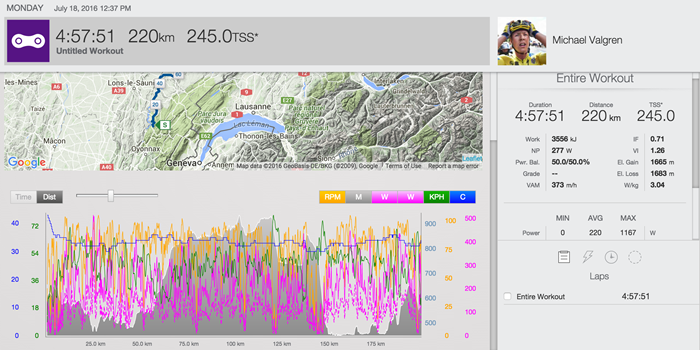