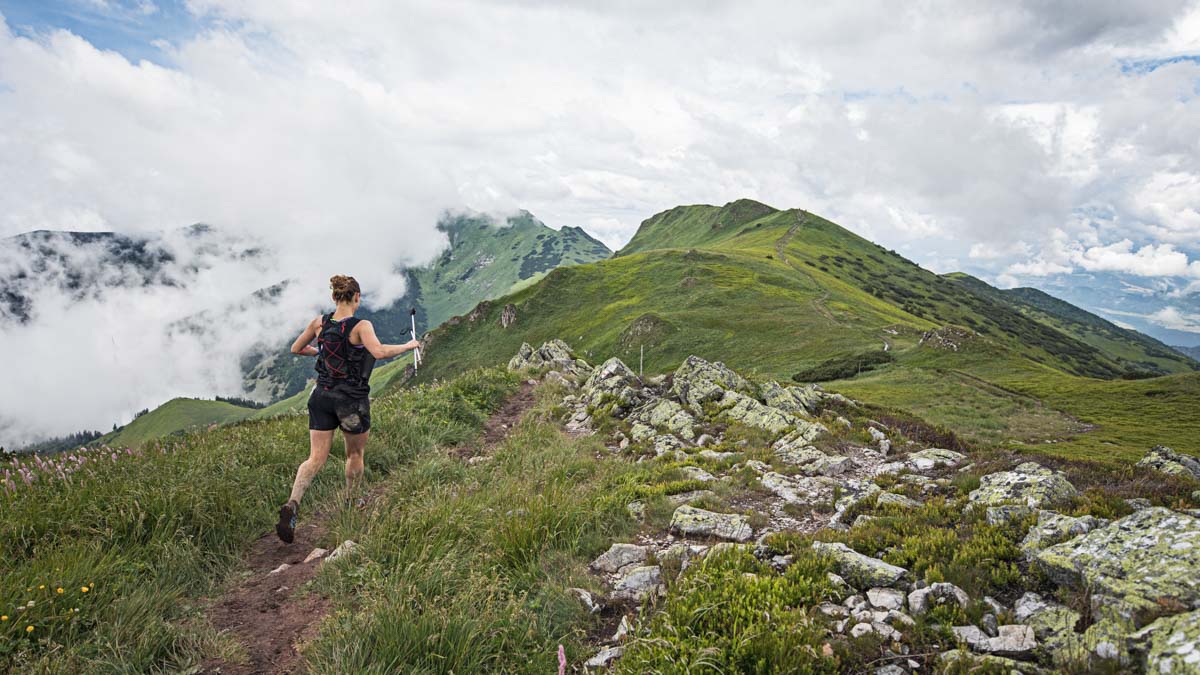 Bob Larsen fundamentally changed American marathon running. Find out which elements of his coaching made his athletes so successful.

Even if, as Chris McDougall suggests, we’re all born to run, and run far and fast, it’s important to understand how to push yourself to the brink without tipping over it. In his captivating book, Running to the Edge, acclaimed journalist Matthew Futterman tells the story of legendary distance coach Bob Larsen, from his time coaching at a community college, all the way to guiding the likes of Meb Keflezighi and Deena Kastor to glory.

More than a mere biography, this is the definitive chronicle of American distance running’s renaissance. In our  Q+A, Futterman shares Larsen’s unconventional training approach, reveals why the coaching eye is more important than any data point, and shares which of Larsen’s tactics he is applying to his own running.

How did Bob Larsen’s approach to distance training go against the grain?

That’s why I wanted to write this book. So many of the things that he pushed at the time went against the grain. Now we completely accept them, but when he first started pushing them, they were completely revolutionary. I would say his biggest contribution is what we now call the tempo run. When he was starting out, you had the Eastern Europeans doing all these crazy intervals on one side, and everyone else was focusing on strain and lots of volume. Bob had two questions. First, “Why do intervals have to be so short?” And second, “Why do the long runs have to be so slow?” And what he got from answering these is a third way, which is the bedrock of distance training these days – the threshold run.

How did he make sure that his athletes weren’t just doing “junk miles?”

He varied when the tempo run happened in a training cycle. It was often something like a four-mile warmup, 10 miles hard, and then a four-mile cooldown. This taught his runners how to get comfortable with being uncomfortable. He understood that this would train the heart to be stronger. He also started to utilize altitude training before it was all the rage. In doing so, he created a program that emphasized both volume and intensity. Every mile had a purpose, and his approach was individualized, because he understood that what’s good for me today might not work for you.

Tell me more about Larsen’s application of altitude training.

He leaned heavily on the work of Jim Stray-Gundersen and a couple other people who championed the “live high, train low” idea. In other words, you want to spend most of your time at altitude because the body will naturally produce more red blood cells. But you want to be careful about how much hard work you do really high because it puts a tremendous strain on your body.

I think that part of this is mental. It’s really hard to do an intense workout at 8,500 or 9,000 feet, but if you go down and do it at 4,500 feet after living at altitude for a while, you feel really strong. And so it’s a matter of heading back toward sea level, pushing your body, and going fast with a normal amount of effort. Then you return to high elevation to get the real benefit of altitude training, which is to spend many hours of your day in that environment.

How did Larsen help Meb Keflezighi prepare for the heat of the 2000 Olympic marathon in Athens, where he won the silver medal?

The studies Larsen looked at showed that the body has similar reactions to running in altitude as it does to running in high humidity. So running at altitude really helped Meb and his other athletes prepare to perform in high heat and humidity in Greece. If they’d only run in high heat and humidity to prepare for it, they wouldn’t have created more red blood cells—they just would’ve gotten used to being hot.

In addition to that, Larsen got Meb and Deena Kastor to wear a sweatshirt, pants, and a hat while training outside on hot days. He helped them to understand that their races were going to be very unpleasant for a couple of hours. But this didn’t mean they couldn’t go out and be their best. By the time they got to the Athens Olympics, they’d already felt that way many times in training. So they knew they were going to war, and they were ready.

What did Meb and Deena’s success on the world stage do for the collective mindset of American distance running?

We were at the point where people had convinced themselves that the East Africans were simply better, and Americans were second class. There was conjecture that their muscle fibers were different, that they had evolved differently on the Serengeti. And what the counterargument that Bob made was, “No, they’re not different. They’re just working a lot harder than we are.”

Larsen’s point was that if East Africans were running 130 miles a week at altitude and the rest of the world was only doing 90, no wonder they were winning all the races. He believed that where you’re from, how you’re born, and who your sponsor is do not define your destiny. Rather, your destiny is what you make it. He showed his runners and other coaches what the Kenyans and Ethiopians were doing during their workouts and said, “We’re going to do that too. And we’re going to see the same results as them.” That proved to be true. Nothing changes people’s minds like success.

How did Meb and Deena’s achievements alter the perception of what American runners are capable of?

It replaced the sense of, “No, we can’t,” with, “Yes, we can.” We also need to consider Larsen’s other big idea, which was never train alone. He knew that the group was more powerful than the individual. Like I mentioned before, that’s something that is readily accepted today, but when he started pushing this notion, it was a novelty. Frank Shorter, the most successful American marathon runner up until then, always trained alone in Boulder. There was a celebration of the solitude and loneliness of the long-distance runner.

Larsen knew that was not the way the East Africans trained. They ran as a group and pushed each other every day. That’s what Bob started doing in the 70s with the Jamul Toads. Eventually, his group was so successful that every other coach started mimicking his approach. Now everyone’s doing it. We even saw it at the Olympic Trials recently. Yes, marathoners were competing to earn their spot on Team USA for the Tokyo Olympics. But they also identified with the teammates they were running alongside. This group mentality didn’t exist 30 years ago in the US distance running community.

Why write about Larsen in the first place?

If you took 100 coaches who’d achieved the same success as Bob, 99 would’ve already written six books of their own by the time I came calling. But he never thought of himself as a “brand,” or sought fame. Even when he was at UCLA, whenever someone asked him about his success, he’d point to John Smith, who ran his speed program. And when I interviewed some of the people who ran for him, they all talked about him like he was a member of their family.

That was because each run would either start or end at his house with lemonade made by his wife. On the weekend, his UCLA runners would run up Tigertail—this windy hill in Brentwood, and afterward he’d cook them pancakes at his house. It was a family endeavor for him. He loved to win and was incredibly competitive, but what it was all about was relationships.