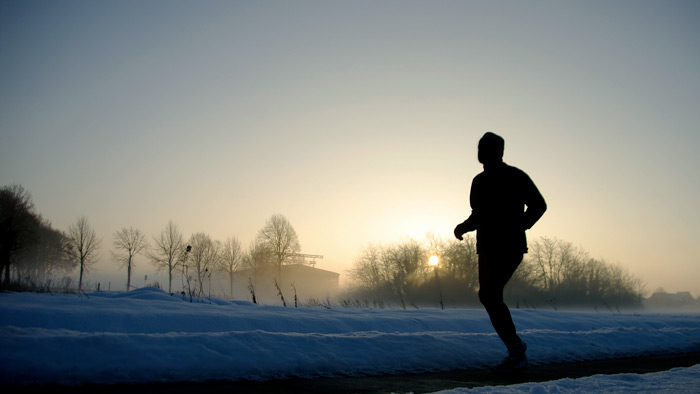 Making the Most of Your Off-Season

Every endurance athlete knows they need to take some time off. However, that doesn’t mean that you can’t take steps to be ready for next season. Coach Ben Rosario has four step you can take to improve that don’t require you to elevate your heart rate.

This is the time of year that is maybe the least written about but most important when it comes to long-term improvement as an endurance athlete. We know that we have to take time off between seasons. Some of us don’t take enough, but that’s another topic for another day. What I want to focus on here is what to think about during that time off and address how it can have a positive effect on future training and racing. I believe it can be broken down into a simple 4-step process.

Take at least a few days and don’t think about running, biking, swimming or whatever your endurance sport of choice may be. You cannot properly do any of the things I suggest in a productive way unless you first take a step back and get away from it all. As endurance athletes, we are often so enveloped in our sport that it is difficult to assess ourselves while we’re “in it.” So get out of it. The first phase of your offseason should be to have some gosh darn fun. Go to the movies. Go out with your non-running/biking/triathlon friends (if you have any left). Spend more time with your family. I would hope that you have other hobbies so partake in those hobbies and live life to the fullest. You deserve it after a long season.

Step 2: Identifying the Good and the Bad

Once you’ve gotten away from the constant pull of your sport for a while, the hope is that your mind will be a little more clear and you can then begin to look back at your past season with a little bit more of an objective view. That’s key. It’s like a writer who falls in love with his or her own work. He or she needs to leave that work sit for a while before going back to make changes.

As athletes we tend to either be too sure of ourselves or too hard on ourselves. I’ve seen athletes who always believe they’re doing everything right and anything that goes wrong was never their own fault. I’ve also seen athletes who are way too quick to blame themselves for any sort of bad result. And of course, I’m not writing this assuming your season went bad! Maybe it went awesome. Even in that case there is room for assessment. So that’s the next step. Take a look at your training and racing and simply write down what went well and what didn’t. And the list should be fairly long. Did you get sick? Did you go through a fatigue cycle? What workouts did you kick butt on? What workouts kicked your butt? When did you race well? When didn’t you? Can you identify certain sections of races that were better than others? And the list goes on…

While the list for step 2 should be long, I believe this list should be much shorter. Making wholesale changes from season to season tends to just lead to a whole other long list of problems. It’s a vicious cycle. Critical analysis of your “good and bad” list typically leads to the realization that you’re not really that far off from where you want to be.

A great example is how one of my athletes, Matt Llano, and I have assessed each of his marathon segments. In his debut in Chicago in October of 2014 he fell apart over the last 10k. Analyzing things we definitely realized nutrition was at least a part of that bonk. We also focused solely on time for Chicago and wanted to change things up for the next one and find a marathon where he could compete and not be quite so obsessed with splits. Hence, we ran the USATF Marathon Championships at the LA Marathon in March of 2015. Training was a nice change of pace, literally, as we implemented a lot of alternating pace workouts and hilly long runs. Matt was super diligent about finding what fluids worked for him and we also practiced running without fuel to force the body to burn fat more efficiently. Those few tweaks produced a much better race in LA–second place at the US Champs in 2:16 on a hot day and a hilly course.

More recently, after analyzing the LA segment we decided Matt was ready for even harder long runs to prepare for his third marathon in Berlin this past September. We also wanted to push the mileage a bit higher and try to really callous his legs to handle the whole distance. Those tweaks, and of course just the cumulative effect of having run two marathons already, led to his best effort yet when he ran 2:12:28 in Berlin. Over time, if you’re analyzing things correctly, there should really be less and less changes that need to be made. As Matt and l look toward the Olympic Trials in February we don’t have a whole lot to mess with. We got a little aggressive with a couple of mid-week workouts before Berlin that had a negative effect on the weekend long run and we’ve already decided to alter those. Other than that, it’s pretty much more of the same and all systems go for the Trials!

This is the most fun step in my opinion. Well I guess it depends on what you did during step 1. But I digress. Seriously- besides the races themselves is there anything more exciting than planning out your next season? It’s a time full of optimism and daydreaming. It’s your first chance to imagine yourself crossing the line and seeing that goal time on the clock or standing on that podium with a medal around your neck. It’s the best. But these decisions need to be made based on more than daydreams. In addition to any possible tweaks you decide to make to your training you may also need to change your racing schedule. Did you race too much? Too little? Too close together? Too far apart? You get the picture. My personal opinion, and maybe this puts a lot of pressure on an athlete but pressure is a part of sports, is that you should pick one major goal race for the season. All other races are a way to prepare for that one goal race. If you keep that as a rule of thumb I think it becomes much easier to plan out your schedule. Races should be spaced out so that you have time to recover between each of them. They should also be placed where they make sense based on the sort of training you’ll be doing at the time. You wouldn’t see a world-class miler run a mile race in November when they’re just putting in base training. Make sense? Without rambling too much the point is that racing is fun but it’s a whole heck of a lot more so when you do it well. So schedule your races in a way that sets you up for success. I like to say, “prepared going in, fresh coming out.”

About Ben Rosario
Ben Rosario is the head coach of Northern Arizona Elite, a professional distance running team in Flagstaff, Arizona. The team has won multiple National Championships and produced world class times including a 1:01 half marathon (Matt Llano), a 2:12 marathon (Jordan Chipangama) and a 15:21 5k (Kellyn Johnson). Ben's accomplishments in the running industry include co-founding Big River Running Company in Saint Louis, Mo., directing the USA Cross Country Championships in 2012 and 2013 and directing the Nike Festival of Miles charity track meet. He has also created NAZ Elite training plans to help runners of all abilities. 'Follow NAZ Elite on Twitter: @NAZ_Elite and Coach Ben at: @BenRosario1
#OFF-SEASON#OLYMPIC-DISTANCE#RUNNING