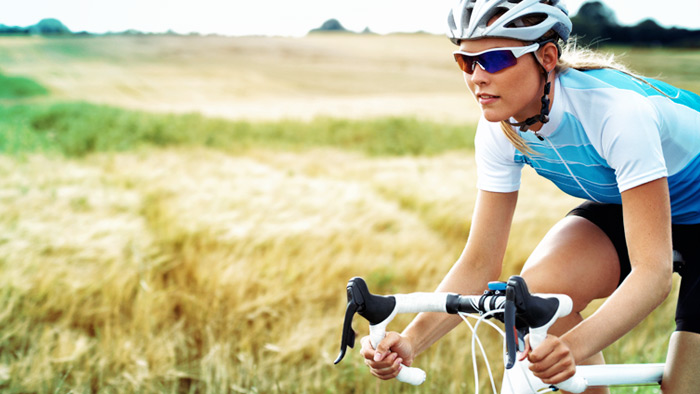 How To Use Aerobic Decoupling

Aerobic decoupling is a metric that is often overlooked. However, as coach Kyle Wolfe explains, cyclists, triathletes, and runners can use it in training and racing to indicate gains in fitness, understand fueling needs, and create the right pacing strategy.

In the modern age of power meters and training data, a majority of the attention given to a file review seems to be straight power numbers and a rider’s Functional Threshold Power (FTP). However, one of the most important metrics to analyze when reviewing a workout file is the ratio of power to heartrate, (Pw:Hr) or Aerobic Decoupling.

We know that heart rate can be affected by different variables like temperature, hydration, fueling and of course rest and recovery and this is why using power meters has proven to be such a positive training method in recent years. However, we still need to make sure the engine is able to keep up with the gearbox, so to speak.

When reviewing the workout files of our coached athletes, the first thing we check after making sure that the power interval was done at the correct levels is to review the Pw:Hr ratio in order to see if the rider was able to handle the effort, or just hang on and get the watts done.

In the power file above, we can see how this elite female rider did three long hard efforts, all at 97 to 100 percent of FTP. We can also see how her heart rate only climbed 4.94 percent during the course of the first interval, which is very solid and shows her high level of fitness. Had she shown a higher Pw:Hr ratio up towards 8 percent or higher, then we would have nagged about fueling and scheduled more tempo and sub FTP efforts to help with sustained power and overall fitness.

Shorter Is Not Always Easier

This workout below was done by one of our master’s gravel type riders and is a series of very short and intense intervals.

Here we can see how the rider’s Pw:Hr ratio skyrockets to 18.5 percent on the third effort alone. This is more of an indication of the short and explosive nature of the effort and less about the fitness of the rider. Your heart rate will jump sharply to keep up with the power being applied and this is reflected in rapid and immediate aerobic decoupling.

As a coach, the Pw:Hr is actually reviewed later into these sorts of efforts rather than from the beginning as with lower intensities. However, we might review the last half of difficult intervals like these to see if the rider can maintain a good effort in the real world.

We also compare the Pw:Hr of multiple intervals in training sessions like this one as a teaching tool to the athlete about adaptation, hydration, and fueling during a ride or race.

When we have been able to dial in an athlete’s aerobic system when compared to power output, we can really set goals and efforts to be used on race day. For instance, in long time trials or triathlons, if we know the power associated with a manageable cardiac output as determined by training with Pw:Hr, then we can predict the pacing and fueling necessary to survive the event or worse, go for a run afterwards!

We have also found that maximizing aerobic efficiency when training with power can really be a useful metric for sea level athletes that go and compete at steady high altitude events like the Leadville 100 or Triple Bypass fondo. Building a solid efficient tempo and threshold energy system by constantly tracking Pw:Hr and adjusting training as needed has really shown good success for our athletes.

The Opposite Can Also be True

When you have the chance to sit in or ride in a mostly steady group ride, then you can produce power without a great deal of cardiac effort. This will show up as a negative Pw:Hr. This will actually help your energy usage and overall endurance training by allowing you to ride longer than you would riding solo. The ride file above shows a ratio of negative 6.2 percent. Hypothetically, you will have the energy to do those sprints drill planned for the next day!

Runners can also use the aerobic decoupling metric during long distance events to maximize results. We know that spikes in pace up a hill can burn up energy and “matches” over the course of a marathon and really affect those last few miles. By coordinating training efforts with cardiac output, you can try to maintain the most effective heart rate and adjust your pacing on hills (and overpasses and bridges) so that there is no overuse of energy that might be needed later in the event.

We can see from this training file how the runner’s heart rate ramps up at the beginning of each interval, but then levels off nicely as the time continues on. We would review the pace to heart rate (Pa:Hr) metric in two places for each effort: once in the beginning to see how he reacts and again for the last half to see how the runner can maintain the pacing once the initial shock of the start levels off.

When reviewing your own files of rides, runs or races be sure to also pay attention to the aerobic decoupling value so you can see if you are training in the correct zones and maximizing your cardiac output and effectiveness. Thank you for reading.

About Kyle Wolfe
Coach Kyle Wolfe is the Head Coach and Performance Director of Finish Fast Cycling based in southern Vermont and working with racers, athletes and riders from Ogden to Oudenaarde. Kyle is a USA Cycling Level 1 Coach, Power Based Training Certified, a Training Peaks Level 2 Coach and of course the Camp Manager of the New England Talent ID Camp.
Visit Kyle Wolfe's Coach Profile
#PERFORMANCE