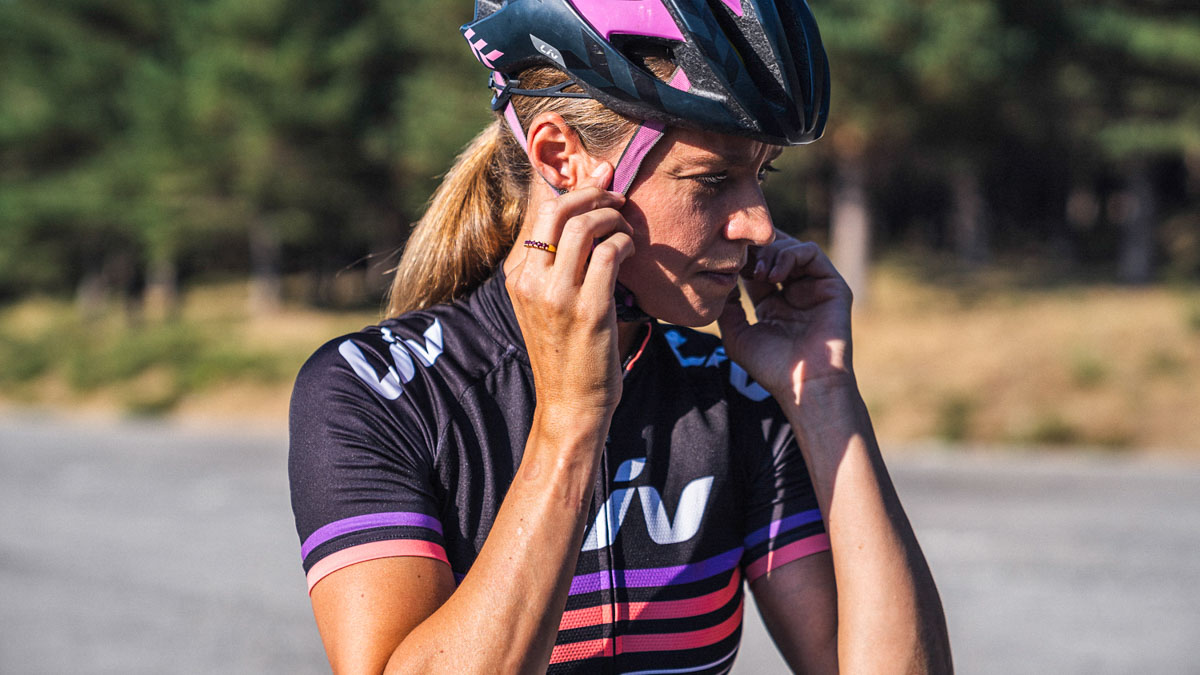 How to Spot and Address Exercise Addiction

The line between dedication and addiction can be a thin one, especially in endurance sports. Here’s what to look out for.

We often hear that endurance sports can be addictive, and we may have experienced it ourselves. You train long hours, train hard and race longer and harder events, but for some reason, you want more. Sound familiar?

Experts call it the “runner’s high,” and it’s described as a sensation of euphoria caused by endorphins, whose primary function is to inhibit the communication of pain signals. In addition to that reduced perception of pain, the positive impressions felt during an endurance activity can include joy, inner harmony, limitless energy, feelings of wellbeing, (Raichlen et al., 2012) — all very similar sensations to those produced by exogenous opioids.

That’s not a coincidence. The endorphins produced by the body are actually converted into opiate-like peptides, which bind to the opioid receptors in our brains. When this happens repeatedly for an extended time, our minds ask for more, causing exercise dependence (and sometimes even withdrawal symptoms (Szabo et al., 2013).

Several studies have discussed this topic, and they analyze different arguments that explain why endurance sports are generally more prone to develop this type of addiction than other sports. For example, beta-endorphin levels change during vigorous exercise (Dishman and O’Connor, 2009), so different studies have examined the effects of exercise intensity on endogenous opioid production during cycling on a treadmill and running a marathon.

The arguments are not only physiological but psychological. They put into context why we tend to categorize endurance athletes as addictive personalities, and why many athletes join endurance sports after dealing with a different addiction.

How to Define Addiction

In the case of sports, the word “addiction” often gets replaced by terms with a more positive connotation. Among these are “positive addiction” (versus negative addictions like alcoholism and drug abuse), “commitment,” and “dedication.” Whatever the term, the effects can still be detrimental and unpleasant: conflicts at home, with friends or at work; mood changes; or using training as a way to escape from routine or to control weight.

To get more clinical, we can think of addiction as a process characterized by the presence of six common symptoms: salience (prominence of the addiction in the addict’s life); mood modification (the highs and the lows); tolerance; withdrawal symptoms; conflicts with one’s personal circle; and relapse or deterioration. There’s also an essential difference between a primary addiction (where exercise is considered as the primary cause of the habit) or secondary, where it’s in conjunction with other psychological dysfunctions like anorexia, bulimia, or both.

How Common is Exercise Addiction?

In Risk for Exercise Addiction: A Comparison of Triathletes Training for Sprint-, Olympic-, Half-Ironman-, and Ironman-distance Triathlons authors Jason Youngman and Duncan Simpson investigated the patterns of 1,285 triathletes (male and female) ranging from 18 to 70 years old.

Youngman, a triathlete himself, says that his interest in the field grew “out of my observation of and interest in the social aspects and dynamics of triathlon training.” While he was training for his second Ironman, he stumbled across some research on exercise addiction and realized that very little research had been done on triathlon training, which is how his study began.

Results showed that approximately 20% of triathletes are at a high risk of addiction, with a higher degree of risk when training for more extended events (half and full distance, but also in Olympic races) than when training for sprints. 79% of athletes showed a medium risk of addiction, and only 0.8% were classified as low risk. One in four also declared that exercise is an “essential thing” in their life. However, most of them still fell into the category of “committed exerciser able to balance the demands of their training within the context of their life.”

The study didn’t show a strict association with the number of years the athletes have been active in the sport, but it found a correlation between addiction risk and the total number of hours the athletes trained each week. Female athletes also proved to be more prone to addiction than their male counterparts: 22% versus 18%. It is also interesting to notice that the 56% of participants said that they would like to train more, and only 6% said they would like to train less (37% said about the same).

Triathlon coach Joby Gutierrez, of FC Endurance, says he has witnessed the addiction pattern both on himself and some of his athletes—mostly among those training for longer-distance events.

“There was a time when I could not allow myself to deviate from my scheduled training. Part of it was discipline, but it was also something that made me feel better about myself. In a sense, it was validation, not just as an athlete but as a person,” he says.

But things changed when he had to balance his training with his family commitments—this was actually when he saw big gains in his performance.

“I still see my training as focused, but it has to fit in with my family’s life and time. There are times when both training and family time won’t work, and I can now easily let the training go without letting it eat away at me. If I have the time, I’ll do the training. If I am limited, I adjust. Before having kids, this would have gnawed away at my mind,” he admits.

A Drive for Perfection

Some of his athletes also resist taking days off, and they feel like they always need to do some swim, bike, or run.

“There are a couple of interesting trends, like the fascination with turning workouts green. Yes, they all want to be consistent, but there are a few who have to see the green completed workouts on Training Peaks, and they won’t relax until they are green,” he says. “For example, if an athlete rides a little shorter due to some sort of mechanical or any other reason, sometimes they will add total time to their upload and comment that they added the time so the workout would turn green. If they need to skip a workout, some will ask if they can delete it or delete it themselves. The more consecutive green workouts, the stronger the drive to keep the green alive.”

How to Spot and Address Exercise Addiction

So what’s the difference between focused training and exercise addiction?

“One of the signals I look for is when an athlete places the completion of a workout over the purpose of the workout,” says Gutierrez. “If I notice them wanting to check the box and get it done, I try and remind them of the goal for each workout..”

Gutierrez says that, as a coach, he tries to educate his athletes and have conversations about training with them. “I feel the better I understand where they are coming from, I can more effectively address addictive behavior,” he says.

Some triathletes would benefit from some clinical sports psychology interventions. Still, it’s sometimes hard to address the issue, as athletes could be in denial and cover their addiction through positive connotations connected to its health benefits.

“Every individual athlete is unique,” says Youngman, “and while a generic prescription cannot be universally given, a common treatment goal when working with an individual who exhibits characteristics of exercise addiction would be the achievement of life balance and perspective.”

“Additionally, I would work with the individual to help discern his/her motivation for exercising (i.e., intrinsic or extrinsic reasons). At this point, I might use a variety of therapeutic interventions to assist the individual in their recovery (e.g., psychoeducation, reduced time exercising, suggested alternative activities, and/or examination and implementation of different coping strategies).”

Yet, as Youngman points out, the actual occurrence of exercise addiction in the general population is quite rare. Perhaps the main issue when dealing with exercise addiction is how the individual’s life is affected by his/his involvement in exercise, from a physical, psychological, and/or social perspective. For example, if the person continues to exercise despite the presence of a severe injury, personal or familial conflict due to time spent exercising, or negative professional consequences (e.g., job loss or demotion), then one might wonder if the athlete is exercising to pathological levels.”

Extensive literature about this topic can be found in Exercise Addiction in Practitioners of Endurance Sports: A Literature Review.