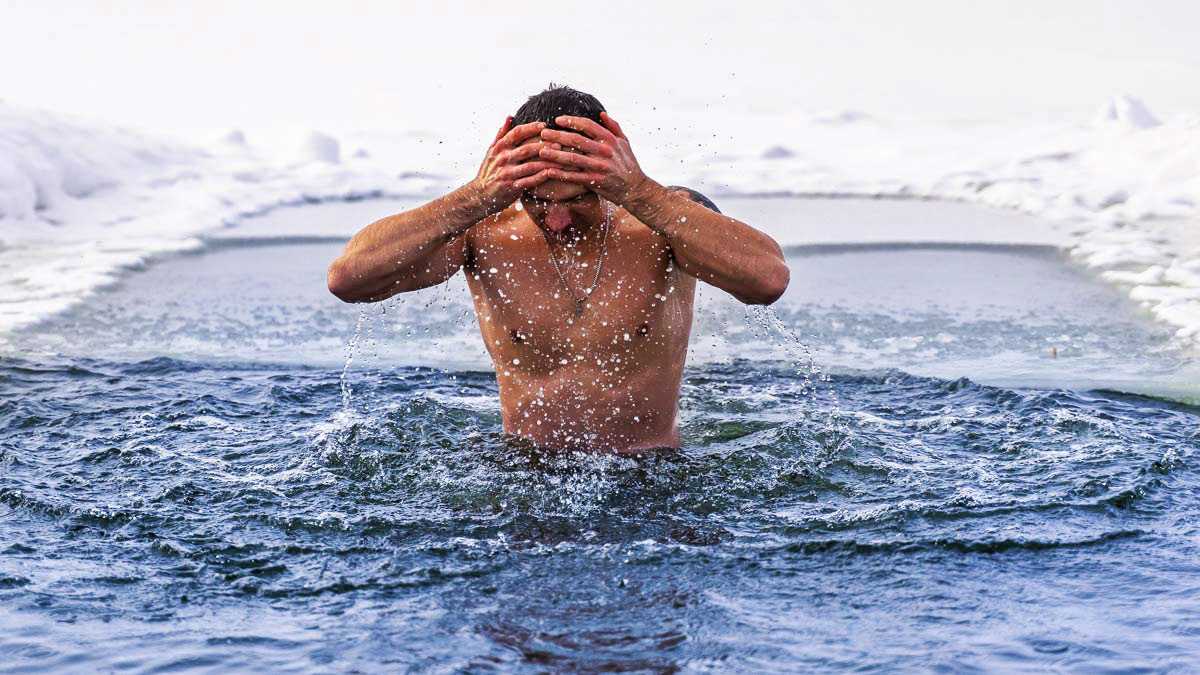 How to Boost Your Recovery with Contrast Therapy

Polar plunges and saunas are gaining popularity for their health and recovery benefits—are they worth the hype?

If you listen to health and wellness podcasts or read articles about human performance, you’ve probably realized that ice baths and saunas are having a moment. Whether it’s elite athletes like Laird Hamilton, gurus like Wim Hof, or your own training partners, everyone seems to be embracing the notion that extreme temperature exposure is beneficial. But what exactly does taking a dip in an ice bath and sitting in a sauna do in your body? Why should you combine the two? And how can you get started so you get the benefits without going too far? Answering these questions is what this article is all about.

While the ice bath is the part of contrast therapy that’s being most eagerly embraced, let’s first go to the other end of the temperature spectrum and take a look at the benefits of stepping into saunas, hot springs, and other super-heated environments. As many advantages as cold exposure provides (more on these in a moment), there’s a longer history and a broader body of scientific evidence to support the efficacy of deliberately getting hot. From Native American sweat lodges to Japanese onsens to public baths in ancient Rome and beyond, people have been practicing daily heat immersion for thousands of years.

Of course, there weren’t any laboratories to conduct testing on participants who pioneered this habit: they continued doing it because it made them feel relaxed and invigorated. Some have argued that being warm triggers a hardwired comfort mechanism deep within us that replicates the feeling of being in the womb. Whether there’s any truth to that is debatable, but if you think of how it feels to slide into a hot bath after a long, hard training session, you get the point: we associate warmth with comfort and restoration.

In more recent times, the scientific evidence of heat exposure’s efficacy has started to back up anecdotal claims. Humans have the capacity to deal with varying levels of hot and cold, but the comforts of modern life – particularly air conditioning – mean that we spend most if not all of our time in a very narrow temperature band. As a result, our heat shock proteins (HSPs) and cold shock proteins (CSPs) can go somewhat dormant. The former is involved in creating new cells, repairing damaged ones, and regulating your immune system. Perhaps that’s why Finnish researchers discovered that regular sauna use reduced the risk of both cardiovascular disease and coronary heart disease by almost 50 percent, as well as lowering the all-cause mortality rate.

From an athlete perspective, it appears that heat exposure doesn’t just protect your health but might also enhance your recovery. A paper published in the Journal of Science and Medicine in Sport concluded that sauna bathing after distance running increased participants’ performance in a subsequent run to exhaustion test by 32 percent. They suggested that this was due to an increase in red blood cell volume prompted by the sauna session. A study published in the Journal of Athletic Training suggested that if you’re unable to train due to injury or are taking a rest day, you can use heat exposure to trigger “some of the physiologic responses that have been observed with exercise.”

Putting Yourself on Ice

While folks around the globe embrace taking a winter dip in cold seas and rivers (Google “polar bear club” or “winter bathing” and you’ll likely find one of these hardy groups in your area), the adoption of deliberate cold exposure lagged behind heat therapy until the exploits of Dutchman Wim Hof became widely documented. This could be partly due to the fact that while we seek out warmth, we often avoid cold at all costs. Think about bundling up in that thick puffy jacket you’re about to dust off for winter, dashing inside your house after getting the mail on a snowy day, or rushing to a hot shower to get your core temperature back up after a long pool training session. Being warm instinctively feels good, while the opposite is unpleasant.

Yet it’s becoming increasingly evident that if you can steel your mind about getting cold on purpose, your body will benefit from it in numerous ways. One research team found that cold water immersion helped a small group of runners improve their 5K performance in a subsequent time trial. A Cochrane Library review analyzed the results of multiple previous studies and concluded that CWI also reduces delayed onset muscle soreness, while a paper released via Medicine found that CWI increased muscle oxygenation after participants finished fatiguing-inducing exercise.

As promising as these findings are, the main benefits to cold exposure might be health related. Immersing yourself in cool water or an ice bath prompts the release of CSPs, which increase the activity of cell-powering mitochondria. Some researchers speculate that this could elevate your body’s ability to utilize ATP for energy production. Like HSPs, CSPs also play a part in immune system function. A review of the literature on hydrotherapy benefits published in the North American Journal of Medical Sciences noted that cold water immersion increases the activity of T and NK cells, both of which combat disease and infections.

Teaming heat and cold exposure is known as contrast therapy. In theory, you could get cold first and then hot, not least because warming up when you’re chilly feels good. Yet most practitioners do it the other way around. Going all in with the sauna/ice bath combo can be a little intimidating, particularly if you’ve had no prior experience with contrast therapy. So as with most modalities, start slowly and cautiously and then work your way up.

A solid starting point is to get in a hot shower for a couple of minutes and then turn the handle to give yourself a blast of cool water. As you get used to the shock, try increasing the duration of the cold portion while reducing the temperature. Don’t like the back and forth? Then simply run a hot bath, soak in it for as long as you like, and then get in a cold shower for anywhere between 30 seconds and two minutes.

Do you have access to a hot tub? Then you could recreate the bath/shower pattern. If it’s outside, then all the better, as you could soak for a few minutes, get out and stand in the chilly fall air until you cool off, and then repeat the cycle. If your gym, health club, or spa has a sauna, again try building up temperature and duration slowly – this isn’t meant to be a sufferfest and there are no points for going too far. It’s unlikely that the facility will have ice baths, so you could use the cold shower by the pool instead, or if it’s more of a Nordic set up, they might have a plunge pool.

For home ice bathers, the simplest set up seems to be an old chest freezer or a horse trough that you can find at Tractor Supply, farm goods suppliers, and DIY big box stores like Home Depot or Lowe’s. Initially, try filling such a container with cold water instead of ice. The first few times you start adding ice in, focus on controlling your breathing, and thinking about the experience as a fun experiment rather than a hardship. Get used to the cold by spending 15 to 30 seconds on/in the ice, building up to no more than two to three minutes as you become accustomed to the chill. Just make sure that if you’re going to be jumping into a cold shower, plunge, or ice bath, you wait at least a couple of hours after exercising, as a study published in the Journal of Physiology found that taking a chilly dip right after exercising impedes muscle growth and repair.