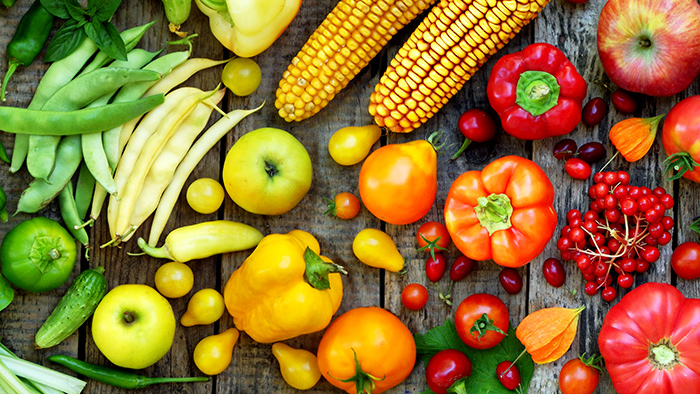 Just like the fashion world, the science world has trends. Fashion trends are often ridiculous. Science trends, on the other hand, increase our understanding of the world and often lead to novel ways of improving athlete performance. The current trend in science is a perfect example: gut bacteria.

First, a short review on bacteria. Bacteria are about a tenth of the size of human cells and are found everywhere in the world, including inside you and on your skin. In fact, you have more bacteria cells in and on you than you have human cells (estimates vary and go up to a ratio of 10:1 (1)).

We all know some of these bacteria can be harmful to humans. However, some bacteria can actually be beneficial. This latter symbiotic relationship is what science has begun to focus on.

In this process of breaking down food, bacteria produce various products that can actually be beneficial to human health. For example, gut bacteria produce short chain fatty acids which the cells of our large intestine can use as energy (2).

Researchers are also looking at how the byproducts from gut bacteria may help exercise performance. You may remember a popular media article suggesting gut bacteria help make better athletes, which led to the term “poop doping.” While fitter individuals do have greater gut bacteria “health” (3), the article was a little too speculative, as researchers don’t know whether one (healthy gut bacteria) causes the other (high fitness level).

So, what does “healthy” gut bacteria look like? At this point, no research has found the optimal species of bacteria or distribution of bacteria (3). Instead, a “healthy” gut simply has a diversity of bacteria types (4). This idea can be hard to grasp but can be better understood when thinking like an ecologist. Maybe you’ve seen the video of what happened in Yellowstone National Park when wolves were reintroduced. To summarize, when wolves were reintroduced (an increase in diversity), the overall health of the ecosystem improved. The same happens in the human body.

To introduce different beneficial bacteria types, the idea is that you just have to eat probiotics. These probiotics have living bacteria that can take up residence in your gut. There are a number of ways to ingest probiotics. Fermented foods like yogurt, kimchi, tempeh, and kombucha all contain bacteria. Probiotics also come in supplement form like pills and powders.

Now it’s one thing to introduce beneficial bacteria, but the bacteria aren’t going to survive unless they get fed. To sustain your diversity, you’ve got to feed the bacteria. Bacteria can feed off a variety of nutrients but the optimal source is dietary fiber (6). You aren’t able to digest dietary fiber, so it travels through the digestive tract down to the large intestine where the bacteria are then able to use the fiber as fuel.

The primary sources of dietary fiber include fruits, vegetables and whole grains. There are also fiber pills you can take (often called “prebiotics”). However, to best sustain diversity in the gut, you want to consume a diverse diet of fruits, vegetables and whole grains. An added benefit of this diverse food intake (particularly dietary fiber), is that it also is a way to increase gut bacteria diversity (6). The more diverse the diet, the more diverse the gut bacteria (4).

There are other aspects of diet that can potentially influence the gut bacteria. For example, it has been suggested that animal products treated with antibiotics could influence the gut bacteria in humans (4,7). The USDA sets rules about antibiotics based on levels that appear in the blood of humans but these antibiotics may still influence bacteria in the gut and alter diversity. The same has been suggested of pesticides (4). The best thing to do then, is to eat antibiotic-free meats and organic fruits and vegetables.

Now hopefully this overview hasn’t left you pooped (I held off on the puns for as long as I could). But just like in fashion, it’s exciting to see where this latest science craze leads us. A lot of the research suggests gut bacteria may be the next frontier for improving overall health and possibly athletic performance. In the meantime, keep eating those fruits and veggies.

About Jim Peterman
Jim Peterman, PhD is an associate coach and head physiologist at Catalyst Coaching. During his time studying exercise physiology at the University of Colorado Boulder, he also raced nationally as an elite amateur cyclist. While continuing to conduct research, Jim also enjoys sharing his experience and knowledge to help athletes improve their athletic performance. Follow him on Twitter @JimPeterman.
#NUTRITION