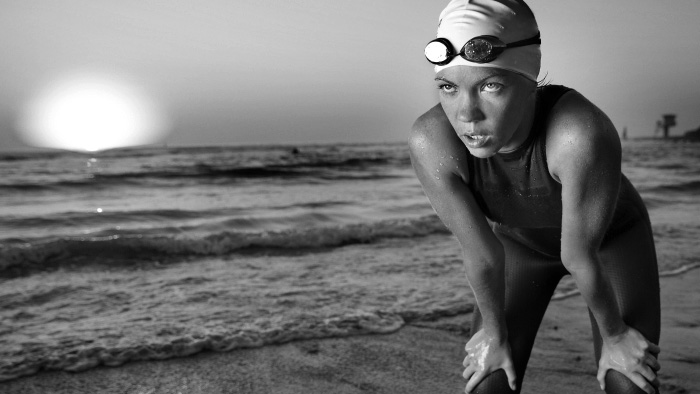 Four Steps to Getting Over a Bad Race

If you race enough, you’ll eventually have a bad day. Don’t let it affect your entire season. Use these four steps to mentally move forward and turn that poor race into an asset.

Every athlete has a bad race once in a while. If all of your races went perfectly, you would get bored with the whole thing and take up quantum physics. But a bad race can set you back and make your next races harder than they need to be. Some athletes spend an extraordinary amount of time and energy fixed on the bad part of their past races. This drags them down into a hole, saps motivation, results in a lot of unnecessary negative inner chatter and generally interferes with racing well next time.

In working with people recovering from serious trauma, such as accident survivors, military personnel or kidnap victims, we are learning that two things really help them move away from their present suffering about their past pain. First, they need to discern the difference from what they could have done from what they had no responsibility for during the incident. It’s not the incident itself that plagues these people. It’s what they think they should or should not have done regarding the incident. Even though the mine was completely camouflaged, they say to themselves, “I should have seen that land mine and warned everybody to stay away.” Second, they need to learn how to replace the endless loop of movies in their heads in which they replay the incident over and over. Once they learn how to escape their own mental movie of the horrible scene looping incessantly in their mind’s eye, they gain instant relief from their suffering.

The following four steps will allow you to recover from a bad race experience and use that experience to come out stronger.

Step 1. Decide What You Will do Differently in Your Upcoming Races

Make a movie in your mind’s eye of the race, especially the parts that happened in a way you didn’t appreciate. Make a list of those things that were your responsibility, such as forgetting your flat repair kit, getting to the race late, or deciding to try a new nutrition regimen on race day. Now take that list and plan how you will avoid those mistakes in your next race.

Step 2. Identify What Was Out of Your Control

During a race bad things can happen. Gusty winds can push you around. You may get caught up in a stubborn swim pack and can’t get free. Ask yourself, honestly, what could you or anybody have done about this? Accident victims often say, “If only I had seen the bus coming from around the corner, none of this would have happened.” True enough, but not useful, as no one without X-ray vision can see around corners. You need an honest reckoning about whether you, or anyone, could have avoided this incident. Some things happen just because you are there, not because of what you did or failed to do.

In your mind’s eye, make a short video of the difficult parts of your last race, but as if they went perfectly. If you had stomach upset on the run course, make a video of you with a strong stomach running sweetly to your potential. If you swallowed some of the lake during the swim, make a little mental video of a smooth, comfortable swim. It’s important to make have the video go exactly as you wish. If you hit any snags, back it up, fix it, then run it to completion. It is also key to make this mental video as a motion picture in full color, large-screen, and as though you are seeing yourself over there in this movie (yes, okay, like a star in a movie). You might take 10 seconds or two minutes to run your mental movie.

A bad race result might be missing your goal for a finish time or a podium spot, getting a bad blister, seeing yourself passed by someone who you think should not be faster than you or having to withdraw altogether. You get to decide what constitutes a bad result. A really bad result is getting struck by an asteroid and nicking your carbon frame. As Shakespeare wrote, “Nothing is either good or bad, but thinking makes it so.” If you take the useful stance that there is no such thing as failure, only feedback, you can use what you didn’t like about your last race to make your next races better.

Whatever is under your control to do better next time—do those things. Those things that were never under your control in the first place, that only Superman could have prevented—honestly recognize that you never had a chance to avoid those things anyway and let yourself off the hook. Then replace the nasty memories with a future memory of your next races going better.

Will Murray is a USA Triathlon certified coach with D3 Multisport and co-author, with Craig Howie, of The Four Pillars of Triathlon: Vital Mental Conditioning for Endurance Athletes. He specializes in training the muscle between your ears.