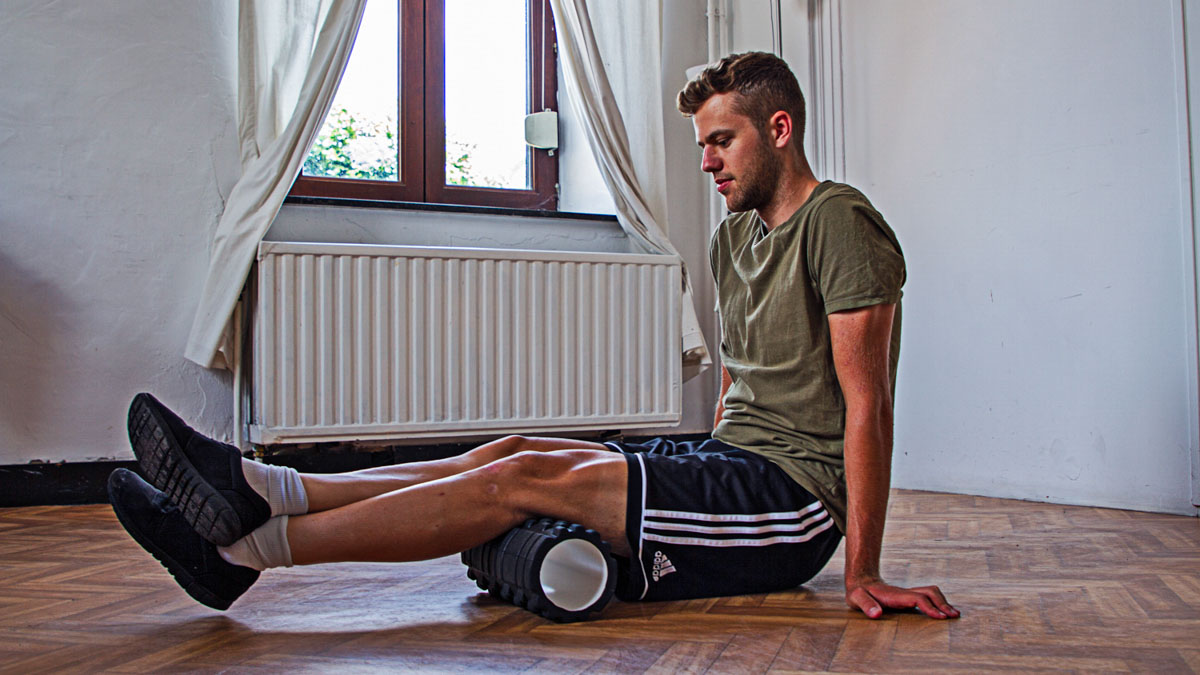 For those who experience them, muscle cramps can seem almost random—here’s what we know about treatment and prevention.

Exercise-Associated Muscle Cramps (EAMC) are the bane of many athletes. While the extent of EAMC isn’t precisely understood, some surveys have estimated that up to two-thirds of triathletes may experience them along with 18-70% of cyclists and marathon runners. These numbers don’t tell the whole story though as in many cases, EAMC may be a rare occurrence while in others they can come on much more frequently and be a significant impediment to a career.

EAMC can affect small or large muscles and in some cases can cascade to involve numerous muscle groups at the same time. Because cramping can occur in some athletes soon after starting exercise while in others they may only come on after a prolonged period of stress, no one theory for why EAMC occur is satisfactory to explain all situations. This hasn’t stopped a small cottage industry from cropping up to offer all manner of preventative and therapeutic remedies to athletes who have had their training or racing derailed by these painful muscle spasms.

The fact of the matter is that despite more than a hundred years of research, EAMC are still poorly understood with numerous theories as to why they arise and for how to control them. Despite that, the risk factors for developing EAMC are fairly consistent. It has repeatedly been shown in various athletes that EAMC are more likely when athletes push themselves harder and further than normal. The implication that muscular fatigue plays an important role in the development of cramping has been borne out again and again. Other risk factors include older age, higher body mass index and a history of EAMC.

Several theories have been put forward to explain EAMC and been disproven over time. These include heat stress, fatigue, over or under-stretching and lack of fitness. The two culprits that get the most attention lately are electrolyte and hydration deficiencies, as well as

The strongest evidence supporting the theory that EAMC is associated with fluid and electrolyte depletion comes from a series of investigations done on industrial workers early in the last century. Investigators found that when men working in mills or on large construction projects were supplemented with either water or water mixed with electrolytes, those who received the electrolyte solution were significantly less likely to suffer from EAMC. Initially there was some thought that it was just the electrolyte losses that were important but subsequent studies suggested that water losses played an important role as well.

The evidence isn’t all supportive, however.

More recent studies have looked more closely at the serum concentration of electrolytes in runners and here there has been no correlation with electrolyte concentrations in the blood with the likelihood of runners to suffer from EAMC. In addition, patients in the hospital who have diseases that cause them to lose electrolytes and develop significant electrolyte deficiencies do not suffer from muscle cramping.

Because of this, many researchers have come to believe that while electrolytes and hydration status may be important, they cannot be the sole issue at play in the development of EAMC.

In the absence of a convincing argument for electrolyte losses as the cause for EAMC, scientists continued to look for another possible explanation for cramping.

Similar to what we saw with electrolyte theory, the conceptualization of a neuromuscular theory for cramps can also be traced back to the early 20th century.

In 1911 researchers noted that telegraph operators would develop cramps in their hands when communicating messages by Morse code over prolonged periods of time. These ‘telegraphists cramps’ were initially thought to be fatigue-related, but a group of scientists postulated that in fact these cramps were due to a problem within the nervous system.

Rather than being related to fatigue these scientists said, such cramps might have been the result of a weakening or breakdown of control of muscle activity at the level of the brain leading to unopposed excitation in the muscles and subsequent cramping.

In the 1980’s and 90’s as evidence grew showing that cramping in athletes was seen in the absence of profound sweating or electrolyte disturbances, researchers again turned to the possibility that a neurological mechanism might be at play.

More and more observations led to a slowly emerging theory, which proposed that EAMC was ascribed to an abnormality of sustained excitatory motor neuron activity due to an abnormality of excitatory motor neuron control at the spinal level. Why this abnormality was occurring was still unknown. Another complication for those proposing this theory was the fact that while this imbalance was almost always seen in fatigued muscles, not everyone who developed fatigue experienced EAMC.

For reasons that are not entirely well understood, what appears to be happening is that (in susceptible individuals) there is both an increase in excitatory neuron activity to the muscle at the same time as normal inhibitory signals are suppressed usually because the muscle is being activated when it is already shortened. This increased excitation coupled with lowered inhibitory signals results in unopposed over excitation and cramping.

One of the more compelling arguments in favor of the neurologic theory for camps was the investigation of a folk remedy for cramps.

It is not exactly clear when pickle juice was first noted to have an effect on cramping nor how it became widely known, but it is indisputable that small amounts of pickle juice are potent antidotes for cramping. When researchers have tried to understand why this is the case, they have noted that the ingestion of very small amounts of pickle juice have no effects whatsoever on any measured electrolyte in the blood. In addition, the effects of the juice are almost instantaneous, far too fast for the effects to be secondary to any chemical changes.

Researchers have proposed that the mechanism by which pickle juice shortened cramp duration involves activation of receptors in the mouth that trigger an inhibitory spinal reflex and results in a reduced firing rate of excitatory motor neurons that innervate the affected muscle. The result being a cessation of cramping. More recently-developed products have tried to leverage this effect using small shots of spicy liquids to stimulate transient receptor potential or TRP in the mouth and esophagus.

TRP receptors form a family of 28 related ion channels that are thought to be important for mediating the sensations of taste and pain. The TRPV1 and TRPA1 channels are stimulated by the active components of spicy foods such as chilli peppers or wasabi.

There is no doubt that unpleasant (or pleasant) sensations in the mouth will induce electrical activity in some regions of the brain, and that this activity cascades into the spinal cord—but there are some gaps in the chain of events between stimulation of mouth receptors and the inhibition of activity in motor nerves that make any definitive conclusions about this process hard to make.

In the end, there is no compelling evidence to suggest with 100% certainty which of these two hypotheses is the right one to explain EAMC or if there is yet an undiscovered theory that would supplant these two. For now, the best evidence that we have suggests that cramping is very much a multifactorial problem and that athletes who are prone to EAMC would be well advised to take a broad based approach in reducing the likelihood of experiencing them and in treating them once they arise.

Based on the available evidence, EAMC is very likely affected by tiny imbalances of electrolytes and water at the level of the cell membranes that come on after prolonged periods of exertion. At the same time, fatigue begins to set in and leads to disinhibition of the normal negative control of the excitatory stimulation to muscle cells. All of this is exacerbated by heat stress and when put together the athlete experiences EAMC.

The best means of avoiding EAMC based on the available evidence is to take a multifactorial approach:

Once cramps have set in, some product that stimulates TRP in the mouth may be your only option.

If you have questions about anything in this article or would like to know more about this subject, please send me an email at tri_doc@icloud.com

About Dr. Jeff Sankoff
Jeff Sankoff is an Emergency Physician, long time triathlete and USAT/IRONMAN University Certified coach. He has completed 6 IRONMAN races (including Kona) and more than fifty races at the 70.3 distance including 5 World Championships. He produces the TriDoc Podcast that can be found on most popular podcast platforms and iWork’s with LifeSport Coaching. You can learn more about him at his website: TriDoc Coaching.
#PERFORMANCE