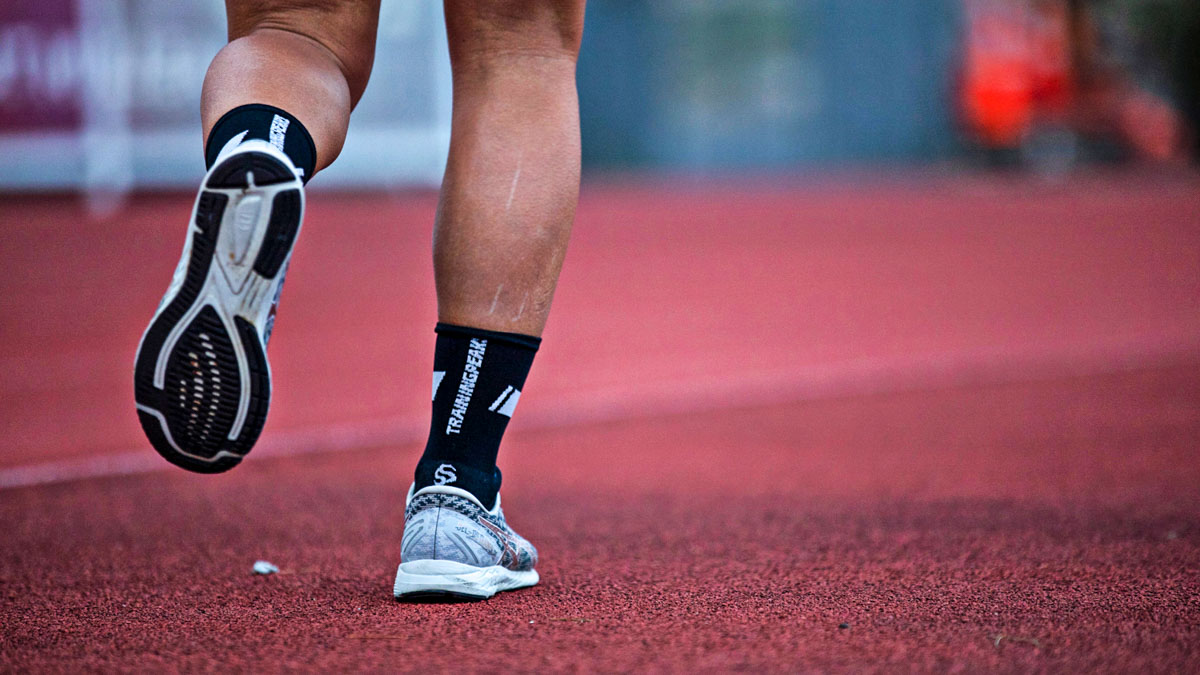 Doctor Jeff Sankoff offers new findings that may contradict our understanding of running surface and injury.

It’s a long-held belief in the endurance sports community that harder running surfaces are linked to injury. However, new findings suggest we may have it all wrong. In two different opinion pieces (read them here and here), the authors posit that because leg stiffness is associated with running on softer surfaces, it is those — and not hard surfaces — that are associated with more running injuries.

The Link Between Surface and Injury

After running became a popular sport in the early 1970s, it wasn’t long before an association was made between running volume and running-related injuries. Soon after, harder running surfaces also became correlated with injury.

The science behind this is simple. When you stride forward and land on your outstretched foot, the force coming down on your foot and leg is many times your body weight, which must be absorbed somewhere. If the running surface is hard (like pavement), then there is no give and all the force must be absorbed by your muscles, tendons, ligaments, and bones. Alternatively, softer running surfaces (like a dirt path) alleviate this impact so that less force needs to be absorbed by your leg.

Some exercise scientists — specifically those looking at the biomechanics of limbs when they are under stress — have started to question this narrative. A paper published in the Journal of Biomechanics researched how runners adapt their stride when transitioning from one type of running surface to another. To do so, they evaluated the stiffness of the runners’ legs, which has a direct correlation with impact absorption. The stiffer the legs, the less they are able to absorb force.

The study concluded that when runners transitioned from a softer surface to a harder surface, they decreased the stiffness in their legs by more than 25%. Therefore, when running on a softer surface, runners did so with more muscle tension and with a stiffer leg.

The science behind this is also quite simple. When running on a soft surface, a runner’s center of gravity tends to lean back because of the lack of support from the ground. In order to keep their mass forward, runners unconsciously use their muscle strength to compensate. On harder surfaces, however, the ground supports a runner’s weight better, thereby negating the need for extra muscle exertion which in turn decreases leg stiffness.

The Link Between Leg Stiffness and Injury

While this study wasn’t designed to assess injury, subsequent research has been conducted to determine whether or not these findings could mean that running on softer surfaces leads to more injuries than running on harder ones.

Researchers hypothesized that when running on softer surfaces, the leg stiffness needed for balance and propulsion would put more stress on all structures of the limb than when running on a harder surface. Additionally, as noted above, a stiffer limb has much less ability to absorb impact than does a relaxed limb. Therefore, all of the impact absorption of the softer surface would be offset by the stiffer leg, also increasing the likelihood of injury.

This is a fascinating hypothesis and, if true, would radically change our understanding of running injuries and how to rehabilitate them. Supporting research includes a recent study that measured the acceleration of the shin bone in runners running the same pace on different surfaces. It concluded that there was a higher acceleration detected on softer surfaces than on harder ones, suggesting a higher risk of injury.

These hypotheses are certainly interesting, but there haven’t been any well-designed studies — at least, not yet — that have evaluated running injuries in a systematic way that would substantiate them. While I don’t think we can make any definite conclusions about running surfaces and injury, I think it is worthwhile, at the very least, to consider where your leg soreness and muscle fatigue are coming from. Perhaps running on a harder surface would serve you better than a softer one in certain conditions, especially when you are particularly fatigued or sore from a long, high-intensity effort.

Boey, H. et al. (2016, September 5). The effect of three surface conditions, speed and running experience on vertical acceleration of the tibia during running. Retrieved from https://pubmed.ncbi.nlm.nih.gov/27595311/

Lawton, T. (2019, March 4). Do Running Injuries Depend on the Running Surface? Retrieved from http://sites.nd.edu/biomechanics-in-the-wild/2019/03/04/do-running-injuries-depend-on-the-running-surface/