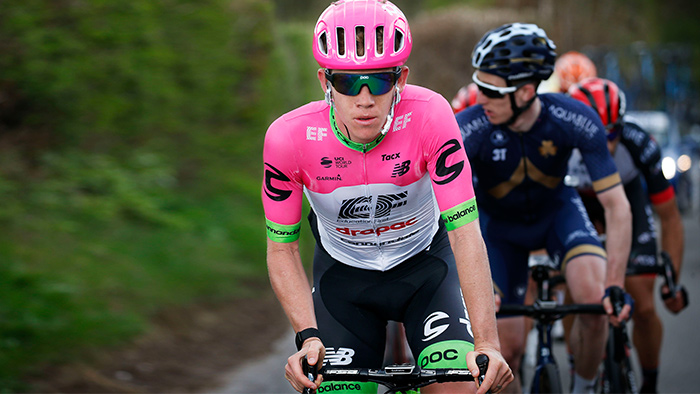 View Lawson’s power file HERE or click on the image below. 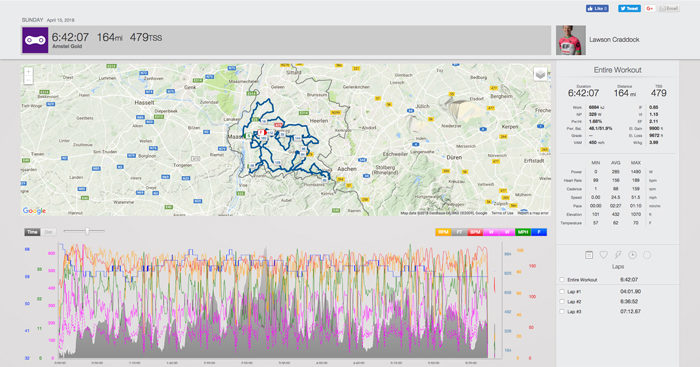 How does Amstel Gold race differ from others?

Amstel Gold is held in the “Dutch mountains” in the Limburg region of Holland and starts in the regional city of Maastrict before it takes on 35 categorized ascents and 3,000m of climbing across the 260km of racing.

One of the big characteristics that influence this race are the small twisting and turning roads covering the route. This is different from what the riders will see in Fleche and Liege races later in the week.

For that reason, positioning is key, and only those who can maintain a position at the head of affairs and have a solid team to keep the team leaders to the fore will be the ones fighting it out at the end for a high placing. The twisting and turning on narrow roads leads to splits happening easily and can make for those caught on the wrong side of a split to come back to the front.

With climbs generally lasting between 500m to 2.5km in length, which will take the riders around 45 seconds to five and a half minutes to complete, the ability to hit consistent, repetitive VO2-type efforts is essential for those wishing to be in any leading groups.

More important than just having a high VO2 capability is having an excellent recovery ability from such efforts; generally it’s the wearing down of doing such repetitive efforts that can make or break a race.

As we talk about so often in these big classic races, the fight to get into the early break is extremely difficult and can be some of the hardest efforts required to produce during the whole day.

It can be daunting to many that you need to dig so deep into your reserves in the first 20 minutes of a six-plus hour race just to either make the break or hang on into the peloton as they balance out the right combination of riders to make the first move.

The 2018 Amstel was no different, the bunch was aggressive from the start and this was viable with the peloton even splitting on the first climb of the day due to the high speeds. It was not until the second climb of the day after 14km that the selection was made and forged clear.

Lawson Craddock was one of the main instigators to make the move, obviously under instructions to be in the lead early and represent his team at the front. To do this, Craddock had to produce some impressive powers. In the opening hour of racing Craddock set ALL his peak powers from five seconds to 60 minutes. Below we’ve broken this down so you can really see the effort needed to make the front group:

It was evident looking at the spikes in power during this time of efforts over 550w for durations lasting between 10 and 20 seconds that he was making many moves either to attack off the front or chasing the wheels as teams tried to develop the early break.

During this opening 15km Craddock had to make eleven 10 to 20 second efforts of 550w to 850w just to make sure he was in position to make the break. On the second climb of the day, Adsteeg, where the break was forged finally, Lawson hit his peak one minute power of the day. 637w, 8.87w/kg for one minute on the bottom slopes of the 700m climb. It was also during this one minute effort where he produced his peak maximal power of the day, 1490w, 20.75w/kg.

The break was to form and gain a big advantage due to solid co-operation within the nine man move and the twisting roads which are perfect to help a small break make a big gap. At one stage the break had nearly 16 minutes of a gap on the bunch.

First Half of Race

Stats for First Half of Race

With the break formed, the tempo was set to extend the lead, even though the maximal powers and peak efforts where reduced after this opening 15km, the energy expenditure was still high as they were to hit climb after climb in the opening three hours of racing. On most of these climbs Craddock was to ride at a power range of 330-350w (4.57 w/kg to 4.9 w/kg approx.) during the climbs lasting between three and six minutes.

On the longest climb of the day, Drielandenpunt, which lasted 2.14km Lawson did 353w, 4.94w/kg during the 5:47 minutes it took him to cover the climb. This was typical of the effort which saw him keep to the head of affairs.

Second Half of Race

This comparison between first and second half is impressive, with such a high effort to make the early break and then maintaining a solid aerobic effort over the following three hours of riding, you would expect many riders to fall by the wayside and suffer in the latter half of the race due to fatigue from the opening 130km.

This is really what sets apart world class riders and elite athletes and the rest of the population. This incredible consistency in effort over the six-plus hours is the reason why Craddock was one of the only riders from the original breakaway to stay at the front after being caught.

With the exact same average power over the two halves of the race, the ability to maintain such a high effort over the six and a half hours s a massive indication that this young Texan is onto great things in 2018 and beyond. 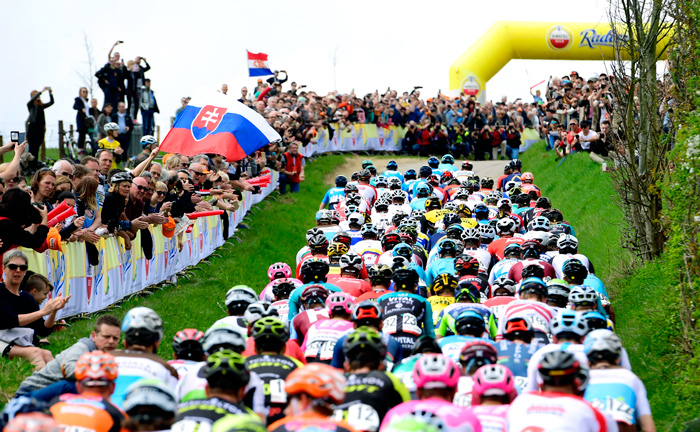 The Cauberg is the most famous of the climbs in the Amstel Gold race, traditionally it was the last climb of the day which was always the showdown for the finish which was 2km over the top of the hill.

With recent changes in the race route, this climb is now passed a total of three times, which are spread out throughout the race. The final of those ascents is with 18km to go.

On each of the occasions Craddock passed over the Cauberg he was in the lead group, with the last time up the climb being caught by two chasers as the chasing group began to close in on them. Here is a comparison of each time he went over the Cauberg:

It was on the climb of the Gulpenerberg with 43km to go that the lead group began to be whittled down as the young Irish rider Eddie Dunbar applied pressure to keep the lead.

On this climb Craddock produced 461w, 6.46 w/kg, during the 1:38 minutes it took to cover the 700m climb, this was a visible increase in pace as Dunbar applied the pressure.

It was on the Cauberg which the first of the chasers caught the leading break, which at that stage had been away for around 225km. It was to be with 13km to go that the main group of favorites, including eventual winner Valgren along with Sagan and Valverde, managed to make the bridge.

From this point to the finish, it was all about surviving and holding onto the riders who had bridged across and who will have much more fresher legs than that which Craddock will have had at this point after his day long break.

The final 7km of the race, which you can see highlighted in the file image above, shows Lawson pass over the climb of the Bemelerberg, it was an all-out impressive effort to stay to the head of affairs.

On the Bemelerberg climb Lawson produced 497w, 6.92w/kg for the 1:29 minutes it took him to cover the climb. He also hit a max power of 800w on the lower slopes of this as he gave everything to keep his top-10 position.

The ability to ride at a power right at the top end of his threshold for 10 minutes after more than six hours of racing is something which us mere mortals can only dream of, a fantastic ride to end an epic day.

This last effort was enough to see him keep his position and finish an impressive ninth place in the opening Ardennes classic.

This performance proves once again the talent of the young American and no doubt we will see him fight for the win in this race in the years to come.