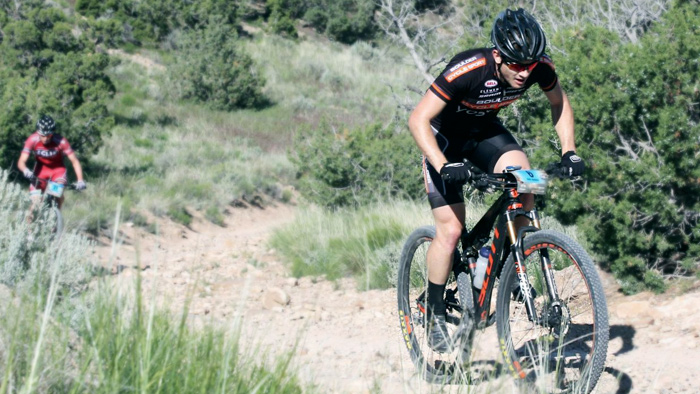 Chronic Intensity Load: A New Measure of Training Load Based on Intensity Factor

With WKO4, coaches and athletes can create their own charts and graphs to view the data they want. Coaches Chris Baddick and Dave Schell have created one such chart Chronic Intensity Load, as a way to measure the fitness gains of a workout based on intensity of a workout more than duration. Find out more about this new chart for WKO4.

WKO4 is a great addition to the tools coaches can use to plan, implement and review training. In addition to the flexibility in what information is available to view on any given screen, WKO4 is infinitely customisable with the addition of charts designed by coaches themselves.

As a coach and athlete, I am focused entirely on mountain biking. I have felt that most of the metrics and tools currently utilised by coaches are heavily skewed towards aerobic and continuous exercises. Think time trials, long road rides, and the bike portion of triathlons. These continuous disciplines rely on the ability to increase one’s aerobic capacity to get faster, and riding for longer is a good way to do this. Other aspects of fitness such as acceleration, recovery from above-lactic threshold efforts, and shorter bursts of power are less important. Thus, a measure of training load that relies heavily on the duration ridden has served these sports well.

As mountain biking is a newer sport, there simply wasn’t the data available at the time most of the early work on WKO was completed. That’s changed now. As power meters have become almost commonplace for mountain bikers, so has the data improved, and we can now see that there are areas where we can improve the metrics for these forms of exercise. In collaboration with Dave Schell of TrainingPeaks, we have attempted to quantify training load without any weight placed on the duration of workouts.

The current measure of training load in TrainingPeaks is called Chronic Training Load (CTL), and is often referenced as Fitness.

There’s lots of information on what CTL is and how it works , but the basic fact is that CTL weighs duration very heavily in deciding the value of each workout. This is fine for most cyclists, but when your goal races are criteriums, cyclocross races, or mountain bike races, using this tool may undervalue the short hard interval sessions that everyone knows are important.

In finding a solution, I utilised the Intensity Factor® (IF®) metric that is already used widely in TrainingPeaks and WKO4. The intensity factor tells you how hard a session was, relative to your threshold power. Without any duration weighting, IF becomes a great tool to measure training stress exclusive of duration.

Replacing TSS with IF in the traditional CTL formula gives us a new and useful metric: Chronic Intensity Load.

Chronic Intensity Load (CIL) is not designed as a replacement for CTL, but simply a useful addition. Athletes and coaches should monitor duration of training carefully, but CIL gives an indicator of how the quality of training is progressing through the season.

This graph is the altered Performance Management Chart in WKO4. CIL is described by the dark blue line. Light blue bars describe CTL.

In this example, CIL and CTL both build through the early season. Race season for this athlete was May through August. During that time period, intensity was ramped up greatly, both during training sessions and through racing (predominantly two hour XC races). This is where CIL and CTL begin to deviate. CTL shows a modest increase through this time period, even though the athlete was getting much fitter towards a July peak. CIL describes this peak fitness much more clearly.

For the mountain bike racer and potentially crit rider, using CIL in conjunction with CTL would be very valuable. In the early season, it is very useful to ensure that the base miles a rider is completing contains enough quality – if CTL increases much faster than CIL that might be a problem. During race season, the steady decline of CTL can be a worry for coach and athlete- is fitness really decreasing? Using CIL here would show that the quality is either remaining or increasing even as CTL decreases.

Get started using the CIL chart

If you are not yet using WKO4, download your free 14 day trial now.

About Chris Baddick
"Chris Baddick is a British professional mountain biker and coach based in Colorado, USA. When he isn't racing his bike, he can be found coaching mountain bikers and cyclocross athletes of all abilities. Reach out to Chris at coaching@chrisbaddick.com
#PRODUCT-EDUCATION