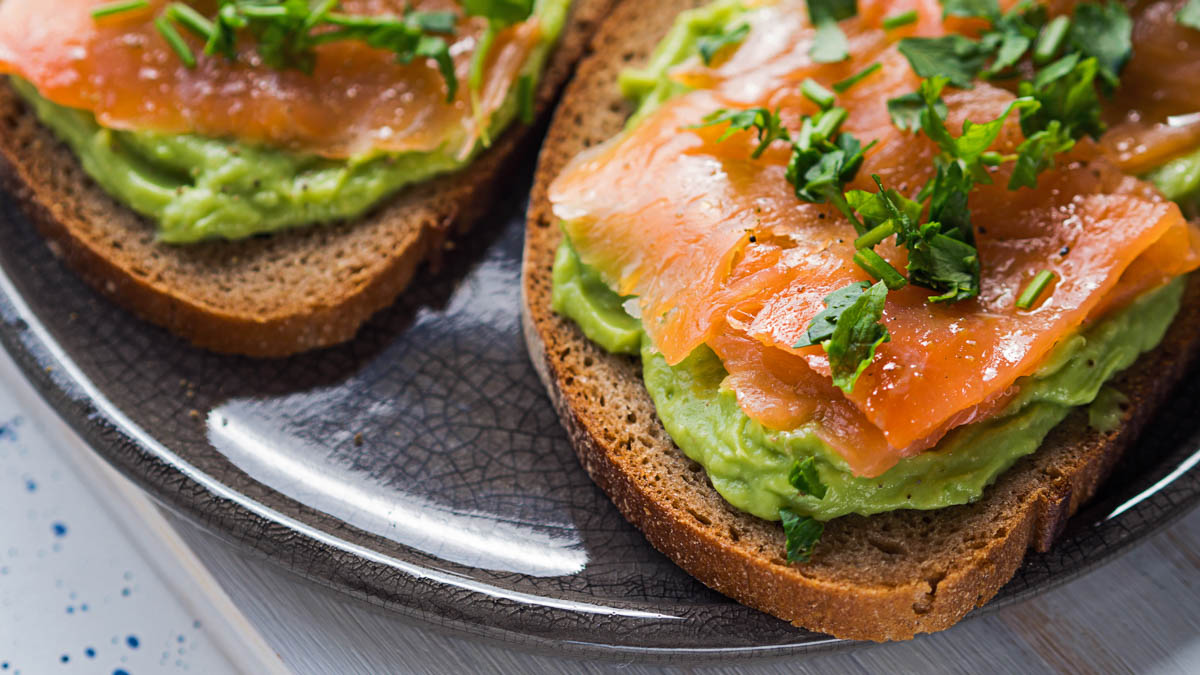 An Endurance Athlete’s Guide to Fat

How athletes think about fat is evolving. Here’s what you need to know about fat for endurance performance.

Many of us have been conditioned to believe that fats, generally, are bad. Even from a body-image perspective, we associate eating fats with weighing more—and many people see that as a negative for sports performance. But the truth is that fats play a crucial role in nutrition: they store energy, help the absorption of vitamins, provide insulation, and aid sports performances—particularly endurance sports, which are performed at lower intensities.

We asked Louise Burke, Head of Sports Nutrition at the Australian Institute of Sport and Director of the International Olympic Committee Diploma in Sports Nutrition, how we can reboot our thinking about fats.

What are fats, exactly?

Fats make up the third macronutrient (along with protein and carbohydrates) which we consume in our diets. Of the three, fats are the most energy-dense—carbohydrates and proteins contain 4kcal of energy per gram of nutrients; fats contain 9 kcal per gram.

Although they’re rich in calories, fats are slower to oxidize than are carbohydrates, which is why our bodies go to carbs when they need energy quickly (as in high-intensity sessions). But in slow and steady-state types of exercise, fats are crucial.

How should we categorize fats for sports?

“We used to think about saturated fats as differentiated from mono- and polyunsaturated fats, but even with those groups, there are overlaps,” says Burke. “What we’re trying to do in terms of population guidelines is to be able to spread fat intake over the different types and not overdo certain types.”

Burke suggests that monounsaturated fats and small numbers of polyunsaturated are good. Still, it’s not just the fats themselves that are beneficial, it’s the types of food they come in that makes the difference.

“We suggest getting fat from good food sources, and having a variety of sources to contribute to your total daily fat intake,” says Burke. That way, “you’re not just thinking about the fats themselves, but the different other nutrients that may be found in the same food at the same time.”

“Good food sources of fat include dairy products, meat, fish, poultry, and some of the fruits and vegetables, nuts, avocados, seeds,” says Burke. “They may have saturated fats, but they come in a good form, and it would be totally different from having them with biscuits, crisps, and food that’s highly processed, where you have a much lower number of nutrients that surround that fat.”

What percentage of fat should we eat?

“It’s hard to strike the right balance between the total number of calories and the percentage that comes from the different nutrients,” explains Burke. “How many calories you eat in one day may be quite different depending on your total energy requirements for growth, or type of exercise you’re doing.”

In other words, two people could end up eating the same total grams of fat per day, but for one person, that may equal 10 percent of their daily caloric intake, while for the second one, 20-25 percent. Both percentages are fine if they’re consistent with each athlete’s goals. Therefore, instead of aiming for a set percentage, Burke works using grams (of macronutrients) per kg of body weight per day. She usually works out the carbohydrate and protein amounts first, and only then fills in the fat requirements.

She also works with a periodized approach, which means she calculates her athletes’ needs around their sessions (high-intensity sessions versus low-intensity ones), their weekly plan, goals, time of the year, and so on.

If an athlete’s goal is to lose weight, is there a way to do it in a healthy and sustainable way? And does that involve cutting fat intake?

“I’m not sure there’s one way that works all the time and for every athlete,” says Burke, but “generally, in terms of reducing energy intake, sometimes it’s easier to reduce fat intake to get a larger energy deficit.”

Other, more specific strategies would target metabolic interventions that trigger metabolic advantages — namely improving fat-metabolism, crucial in endurance performances. These would include fasted training (having athletes do morning sessions without eating breakfast) and time-restricted feeding, which is trying to reduce the number of hours over the day that someone is eating (finish eating early in the evening and start eating later in the day).

“With time-restricted feeding, you’d be setting a limit. You’d be only eating between 10 in the morning until 7 at night, so you reduce the number of hours that you’re having food intake and increase those where you’re fasting,” she explains.

Should we focus more on optimizing body composition, rather than losing weight?

“Athletes have become really excited about weight in many sports, and cycling is a really good example of it,” says Burke. “They just fear the physics of riding up a hill and think that if you are lighter, it would be easier to ride up the hill, but I have to keep reminding athletes it’s the power to weight that is the important thing.”

In this case, getting the optimal body composition (where you’ve got the right muscles in the right places), and being able to do the work without having extra load to carry, is the goal—not only to lose weight. Even then, the primary purpose for any athlete should be their global health. It’s common for an athlete’s efforts to change their body composition beyond their genetic predisposition (or to stay light all the time), to lead to health, physiological, and psychological disadvantages.

“Cyclists are notoriously bad role models because they promote this idea of being as light as they can be, all the time,” says Burke. “If you deal with other sports, like some of the marathon runners, they tend to periodize their body composition so they’re heavier for quite a lot of the season and it’s only when they are peaking for certain marathon races they’re getting down to race weight.”

What is the best way to optimize fat oxidation during exercise?

“Some of the adaptations that occur in the muscles (such as increasing the number of mitochondria and enzymes that help with fat burning) are all enhanced when you train with low glycogen levels,” says Burke. “So, often we do special training sessions (the “train low” is what we call it) where the athletes deliberately train for a session or longer, lower-intensity exercise, with low glycogen levels.”

The best way to do this is to perform two sessions close together, and in between those two sessions, limit the amount of carbohydrate intake. The first session would be generally performed at a higher intensity, with higher glycogen stores in the muscles. With the glycogen stores depleted from the first session and low CHO intake in the recovery period, the second session would be performed at lower intensities. The idea is that this would enhance fat burning and increase the number of mitochondria in the cells.

“For many athletes, the problem is knowing how to integrate [these sessions] into the training program…you don’t want to do that kind of training all the time because it is generally low quality,” explains Burke. “You simply can’t work at a higher intensity or do skill-intensive parts of your training with low glycogen levels. [Therefore] a well-constructed training program should have a mix of sessions, where only some might include this low-glycogen training. Other sessions should be done with high glycogen levels so that you’re working on upper pathways, which are also important for performances.”

What are your thoughts about low-carb, high-fat diets?

“It’s been a tantalizing idea for endurance athletes that you’ve got so much fat storage in your body [read: infinite fuel] even as a lean athlete. It sort of makes sense that anything you could to make your muscle better at burning fat as a fuel source would be good for endurance sports performance,” says Burke.

However, after decades of research in this field, it seems that there’s something special about carbohydrates for performance, as they allow better outcomes at very high intensity.

“You can burn them in the absence of oxygen, but you can also burn them at higher intensities below the anaerobic threshold,” explains Burke. “So you still burn them aerobically, but at a much higher rate than fat. Both fuels require oxygen, but carbs require less oxygen to produce the same amount of ATP or fuel power.”

At around 60% of VO2max, your body would be able to supply enough oxygen you need to burn any fuel source. But around 75-85-90% of VO2max, CHO is a better fuel source and 5-10% more economical than fat in terms of oxygen cost, so you can work at a higher intensity.

“Every time we try low-carb, high-fat diets, what we find is that they make the muscles very good at being able to produce fuel at around 60-70% of VO2max, but when oxygen starts to get in high demand, then that fat-adapted state is not as good. That’s problematic if you’re a competitive, high-performance athlete because most of the success in high-performance sports comes from your ability to work across of range of intensities, and particularly in this high-intensity domain.”

The carb-fat balance is a delicate one: when you do things to increase fat oxidation by restricting CHO intake and bringing fat intake up, you increase the muscle’s capacity to burn fat, which is good for endurance. But you down-regulate its ability to burn carbohydrate, which can ultimately hurt your performance at high intensity (like that sprint finish).

Is there a way fats can be used as a “fast fuel” during exercise?

“In the last couple of decades, there’s been an interest in using medium chains of triglyceride fat,” says Burke. “They’ve got shorter-length molecules in the fatty acid chains, and they’re absorbed into the system differently.”

Because of the length of fatty acids, and the fact that they’re not soluble in water, fats need to be transported, absorbed and digested through a lengthy process. But the medium-chain triglycerides act more like CHO, and they can be absorbed from the intestinal tract straight into where the muscles need them.

“People tried with medium-chain triglyceride to provide the extra source of fuel from a fat source for all sorts of events in different ways, but it all comes back to the problem if you have too much of them they tend to give diarrhea.”

So, fats are fuel, but not the main fuel to go faster from A to B?

“I keep reminding athletes that although we are fixated on burning fat in training; in the race, the need to burn carbohydrates is going to be important. Endurance athletes need to make sure we’ve got those pathways as well.”