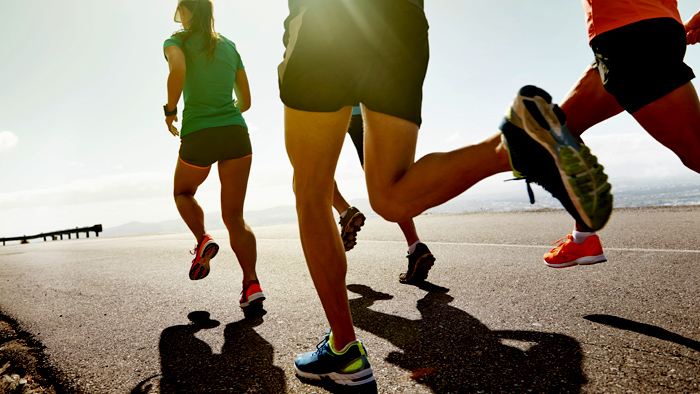 A Beginner’s Guide to Getting Started in Triathlon

Getting started in triathlon can be intimidating. Read Coach Doug Silk’s journey from being 50lbs. overweight to becoming a triathlete and triathlon coach and get the steps you can take to start your own journey.

It doesn’t matter if you are just setting a New Year’s resolution or you are ready to begin your journey to triathlon success. Taking that first step towards your first triathlon is often the hardest. When I started my triathlon journey years ago, I was 50 pounds overweight and could barely run half a mile without feeling like I was going to die. But I had determination and heart on my side and once I came up with a plan, the rest, as they say, was history!

Most athletes who are thinking about doing their first triathlon get intimidated with the thought of having to train for three separate sports. This fact alone deters more newbie triathletes from even starting. What they don’t realize is that getting started is easier than most people realize and way more rewarding. If you start out with these basic ideas than the rest will just fall into place.

This may sound like a silly thing to do seeing that you have never done a triathlon. But I have found that when you spend your money on something and have a firm date for an event, it can give you a gentle nudge to get the ball rolling. Plus, no one likes to set goals not achieve them. Having a firm date in the books makes the goal more real.

There are a few key things to think about when choosing a race to sign up for. First, sign up for an event that will be far enough out that it gives you time to train properly. You might be excited to pick an event and want to get it signed up sooner rather than later, but if you don’t give yourself adequate time to train, the race probably will not bring you the joy that it could bring you. The second key is to pick a race that suits your strengths. If you come from a background of running, then choose a race that has an easier swim and bike. If you are a strong swimmer but have no history of cycling or running, then pick a course with an easier bike and run. Even seasoned triathletes often forget how important picking the right race can be for your success.

The single greatest tool I can recommend to you to assure that you are training for success is to hire a coach, or at least get a training plan. If you think about it, this makes the most sense. People starting out at a new gym, with no idea how to train in lifting weights often hire a personal trainer. Well you are starting three new sports and the best way to set yourself up for success is to hire a knowledgeable triathlon coach to make sure you are doing things right. When choosing a coach it’s important to ask questions, make sure that the person knows your goals and it’s someone you feel will motivate and educate you and lead you to success. The TrainingPeaks Coach Match Service is a great option that can help you simplify the process.

In addition to coaching and plans, getting involved with a group can be another great way to learn from others. Each sport has groups you can join to accelerate your learning curve.

I grew up swimming, or so I thought. But nothing prepared me for my first open water triathlon swim. I was completely intimidated in the water and dreaded my swim workouts, because in my head it was my weakest event and the one I knew the least about. Until I found a local masters swim program, I was just stuck swimming lonely laps at a local pool by myself and not knowing if I was doing it right. So find a local masters swim program and become more comfortable in the water. Swimming is all about efficiency in the water, which is really hard to determine swimming on your own. Plus, you could meet some other triathletes, which we will talk about next.

Getting started on the bike is probably the second most intimidating sport for a new triathlete because of the perceived skill level and equipment needed. These two things can intimidate both your mind and your wallet. I started out on a used bike my friend helped me pick out and I just started riding 3 or 4 times a week not knowing if I was going fast or slow. That is until I found some local cycling groups and started going with them on group rides. This was a great way to learn from other cyclists about efficiency, cadence, speed, power, you name it. If you ride with a group of cyclists they are guaranteed to tell you everything they know about the sport. It might not always be right, but you can choose what works for you and what doesn’t.

When I started running I could barely run more than a half a mile without feeling like I couldn’t go anymore. But I stuck with the plan and eventually made it a mile, then two miles and eventually a 5k. I started to find local running clubs and would go out to run with them. They were great because it didn’t matter what pace you were, they usually had someone that would run be running your pace. So it was another opportunity to meet others with your mindset.

Surround Yourself With Other Triathletes

One of the greatest coaches I ever had said to me was, “If you want to succeed at something, you need to surround yourself with successful people.” Triathlon is no different. Surrounding yourself with successful people in the sport will allow you to learn from them, will drive you towards better results and will keep you motivated. Most triathletes are very happy to share things they have learned along the way. In fact, you would be hard pressed to find a triathlete that doesn’t want to tell you all about their racing experiences. So soak it all up, take the things you think you can use from their stories and then go out and make your own stories you can share with others.

You will soon find that most of your social media posts and discussions will have something to do with your training or upcoming race and if you surround yourself with other triathletes they will understand your new found passion and support you in your journey.

Achieve Your Goals and Set New Ones

Now that you have set a goal, prepared for it, trained for it and have a great supportive cast, you can go out and crush your goals! It’s important to set realistic goals for your first race. A close friend of mine always teased me before my first few races because I am very competitive and set some very lofty goals for my first race. And though I didn’t even come close to achieving my “time” goals for that race, the ultimate goal of finishing my first triathlon was a huge success! It’s important to remember where you started and what it took to get you to that goal. And if you did it the right way, you will set yourself up for success.

All you have to do is set a goal, learn what it will take to get you there, find others that can help you along the way and then go out and get it done! The journey to triathlon success starts with a dream. So dream big and go out and make your dreams reality!

About Doug Silk
Doug Silk is a USAT Level 1 Coach and founder of Vegas Tri-it Triathlon Training Group in Las Vegas, Nevada. He specializes in coaching beginner triathletes as well as Clydesdale and Athena athletes. He transformed his own life after being grossly overweight to becoming a multiple time Ironman Triathlete and Boston Marathon finisher. I use my journey and the lessons learned to help people achieve goals they thought were impossible. Follow him on Facebook at Tri Silk or Instagram.com/Trisilk or on our website, www.itriit.com.
#SPRINT-DISTANCE#TRIATHLON