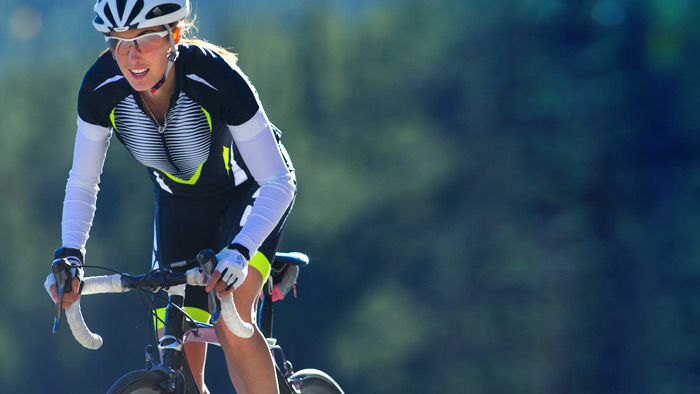 5 Steps to Becoming an All Around Cyclist

Recently, many cyclists have chosen to specialize in a certain aspect of cycling. Coach Nate Wilson explains why this is not a necessarily a good thing and has five steps you can take to be an all-around cyclist.

Growing up, I was lucky enough to work with an excellent coach by the name of Susan Hefler. I learned a lot from Sue, not least of which was the saying, “Train your weaknesses, race your strengths.” I like that saying, but as I have grown and developed my own philosophies, I have come up with one that I like even better, “Train everything, race to win.”

In the modern day world of bike racing, it’s easy to lose track of the principle of being well-rounded. The life and times of everyone’s favorite pro cyclists are well documented on cycling media. All the pros seem to specialize in something, whether it’s Alberto Contador with climbing, Tony Martin with time-trialing, or Mark Cavendish with sprinting.

That is all well and good, but the way in which it trickles down to the masses can be dangerous. It seems that more and more frequently, I run into cyclists that have been racing for two years that, “definitely know they’re a sprinter.” The same can be said for time-trialing, climbing, and we even have our breed of amateur Paris-Roubaix specialists.

What athletes miss with this idea of specializing is that even the worst climber in the World Tour is still a great climber, and that runs the gamut. These men and women, can do everything, and that is what makes them world-class cyclists.

Be an All-Around Cyclist

I challenge you to rebel against this idea of “specialization” and pursue the art of becoming an all-around cyclist. Sure everyone is going to have some natural disposition towards a given discipline, or ability, but that doesn’t mean everything else should be left by the wayside.

In order to progress, and I mean truly progress, as a cyclist, it is important to develop everything. You should strive to be well rounded. Any good training program should encompass not just all the physiological systems, but also focus on technique.

In this current day and age, where the power meter rules all, I find that people seem to forget that the simple objective of a bike race is to get from point A to point B as fast as possible. The power meter is a great tool to accomplish the goal, but it shouldn’t push out technique, nutrition, and efficiency on the bike.

5 Steps to Become an All-Around Cyclist

While I’ve introduced this concept, I realize I have also left a lot of gray area. Here are five steps you can take to de-specialize and become a more all-around cyclist:

1. Look Beyond Your Power Meter

To quote one of the best directors I ever had, “speed kills”. If all things are held equal, then yes generally more watts equals more speed, which is good. But that is not always the case. If every time you crank it up 20 more watts, then sit up another couple inches and start wiggling all over the road, you may have just slowed yourself down for an increase in effort. This is obviously counterproductive and not what you want. Remember, the end goal is speed, not watts. Ride in your drops when training, to practice getting small and being efficient. Practice going fast, not just making your watts bigger.

2. No Matter What, Train Your Sprint

If you want to win races you need to remember that sprinting wins races. Even the rider that wins with a 60k solo effort had to sprint 60k ago.

3. Mix Intensities in the Same Workout

I find a lot of athletes build all the components in their training, but they never put them together except for on race day. They have their aerobic tempo/sub-max days, their threshold days, their anaerobic days, their VO2 days, etc. However, in racing it’s not a clean switch between those. It is definitely not broken up over different days. Racing encompasses it all, at anytime.

Do some “kitchen sink” workouts where you put it all together in a dynamic way. In the same workout, get a dose of sprint/neuromuscular work, some sub-maximum tempo load to build the fatigue, one or two near max VO2 efforts, some dynamic work like a pace line or an “over/under” interval, and finally a small taste of threshold.

The general idea is a smattering of intensity, but the format and specific efforts should be tailored for the events athletes are preparing for. The caveat is that these workouts are taxing, so you can’t do them everyday. Do them when fresh and make them count! Below are two examples, one of a two hour workout, and another of a longer four hour workout:

4. Look at Racing as a Whole

A common issue is a rider that has a great 20minute watts per kilogram in training but constantly struggles to replicate it in a race. Too often, that athlete keeps working on their 20 minute number, thinking they just need to make it bigger, when what’s holding them back in races is what’s happening before the 20-minute climb. They can’t handle the anaerobic load all day leading up to the climb. The limiter is not always where the failure is occurring.

It’s important to keep stimuli novel, from both a physiological and mental perspective. That means you should not do the same workouts, week in, week out. Change it up and do efforts on different roads, force a change in cadence, force a change in pace and get comfortable being uncomfortable.

Of course, the caveat to all of this is that every athlete is an individual that needs a slightly different approach to the rider. That said, starting to embrace some of these concepts and use them to help formulate training will only help.

Check out my free, four week plan, “The Art of the All Arounder”. Remember, “train for everything, race to win.”

About Nate Wilson
Nate Wilson is the owner and head coach of Catalyst Coaching. While balancing professional racing, with pursuing a Physiology degree at the University of Colorado, Nate realized that coaching was the perfect crossover between the two. Nate has been fortunate to work as the head coach and director for the USA Cycling U23 Road National Team. Nate enjoys the chance to apply his knowledge and experience to help athletes progress to their maximum potential.
Visit Nate Wilson's Coach Profile
#CYCLING