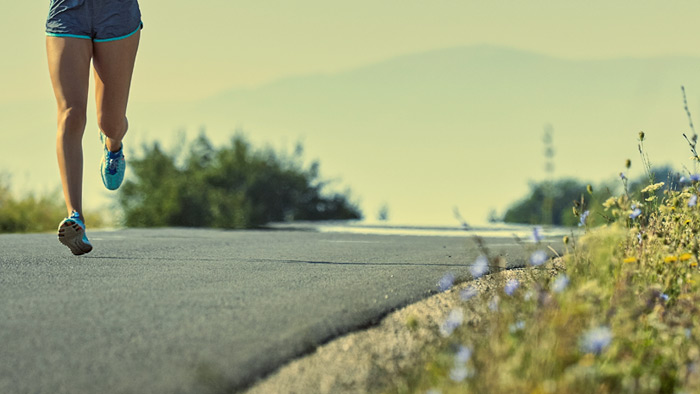 4 Steps to Your Perfect Marathon Taper

Training for a marathon is difficult, but for many, the hardest part of a marathon is getting the taper right. Learn from coach Ben Rosario four easy steps you can take to make sure you are fresh and ready for race day.

I have often said that in many ways coaching the marathon is the easiest of any of the distances. The mile, the 5k, the 10k and even the half marathon distances require athletes and coaches to put together a perfect blend of multiple training zones in the weeks and months leading up to the big day. But for the marathon, for the most part, it’s just a steady diet of long, grinding workouts at or near marathon pace that gets the job done. That is, until those last two weeks.

The marathon, unlike the other races mentioned above requires an athlete to be really, really fresh on race day. In my experience, you can knock out a pretty big workout the week of a shorter race and be just fine. But over 26.2 miles you need every ounce of energy you can muster to continue truly racing, and not just surviving, across the finish line. But you can’t just take two weeks off before the race. First of all you risk feeling a little rusty and second…you’d lose your mind! So here’s how I suggest approaching the taper for athletes and coaches.

1. Evaluate where you are on “the line.”

Marathon training is hard. You put in a lot of miles and you are constantly riding that fine line between overdoing it and hitting it just right. I have an example for this one that comes from my own career. Hands down, without a question, the fittest I ever was for a marathon was before the 2006 Grandma’s Marathon. I had just come off a second place finish at the USA Marathon Championships the previous fall and my workouts were light years ahead of what I had done before that race. Three weeks before Grandma’s I flew to Portland to help my girlfriend, now my wife, pack up to move with me to Saint Louis. That was a great life decision but a poor training decision. I actually had an awesome week in Portland and even had some killer runs as we drove across the country, stopping in some beautiful spots along the way.

But once we finally made it to Saint Louis I was exhausted. It was two weeks out from the race. Time to taper. In retrospect here’s what I should have done. First, I should have been honest with myself that I was tired. I should have then taken a day off to start the taper (something I often do now even with the professional athletes I coach). Next, I should have cut my mileage back by a much bigger percentage than originally planned. Finally I should have cut back the volume, type and intensity of workouts I had planned for those final two weeks.

Instead, as you could probably guess, I didn’t do any of those things. I grinded my way through those last two weeks getting more and more tired when I was supposed to be getting more and more fresh. I can remember waking up the day of the race and feeling drained. I had bags under my eyes. That’s not a good sign. I could tell from the gun that I didn’t have it and the rest is history. Grandma’s was my worst marathon to that point.

What you should take away from the example above is to not plan your taper until you get there. It should never be set in stone because runners are stubborn and it sets them up to do too much. Wait until that two-weeks-to-go mark and then decide if you’ve overdone it a bit or if you’re feeling pretty darn good. Plan accordingly.

2. Remind yourself you can only do too much at this point.

In all of my years as a coach I have never heard a marathoner who takes their training seriously look back after a race and say, “I should’ve worked harder those last two weeks”. It’s always, “I should’ve tapered more.” So don’t be that guy or girl.

I have a very good buddy who once came down with a knee issue two weeks before the Boston Marathon. He did not run a step for the entire two weeks leading up to the race, save for a little jogging the day before just to test it out. He ended up running the race and finished in 2:24, only about four minutes outside of what he thought he was capable of.

A week before the 2015 Chevron Houston Marathon our Northern Arizona Elite athlete, Kellyn Taylor, had some glute and hip pain and a peroneal tendon issue crop up at the same time. I was really worried that she wouldn’t be able to race. So, in those last six days she missed two or three days completely, ran zero workouts and her farthest run was six miles. And guess what? She ran 2:28:40, the sixth-fastest U.S. marathon debut of all time.

The lesson here is that if you have any sort of issue going on during the taper, your priority should be getting to 100 percent. Don’t freak out about the lost mileage. You’ll be fine. Heck, even if you’re feeling pretty darn good you should probably still do a little less than you want to!

Even though I am hopefully making it very clear to take it pretty easy during the taper that doesn’t mean it’s party time. The body craves consistency. Stay as close to your typical schedule as possible (same pace on your runs, same types of workouts), just with less volume. That might leave you with a little more energy than normal but don’t take that as a green light to stay up late, hit up some night life, etc.

If all is well and there are no injuries or fatigue to worry about, then your training schedule should look a whole lot like it does every other week but with about 40 percent less volume the first week of the taper and 60 percent the second week (not counting the race). I know that may sound like a lot but that’s what I have found to work.

While I may have stated above that taper time is not party time, that doesn’t mean it’s time to sit around and worry either. The work is done. Enjoy those two weeks. If you’re cutting back as much as you should be then you should begin to feel really good during race week. Bask in that energy but try your best to keep it bottled up. When you find yourself thinking about the race, change the subject in your mind. That nervous energy that thinking about the race can create will come in handy on race day so save it until then!

Tapering for a marathon is almost as difficult as the training itself. The goal is to freshen up while still keeping your fitness. Following these four steps will help you reach your true potential.

About Ben Rosario
Ben Rosario is the head coach of Northern Arizona Elite, a professional distance running team in Flagstaff, Arizona. The team has won multiple National Championships and produced world class times including a 1:01 half marathon (Matt Llano), a 2:12 marathon (Jordan Chipangama) and a 15:21 5k (Kellyn Johnson). Ben's accomplishments in the running industry include co-founding Big River Running Company in Saint Louis, Mo., directing the USA Cross Country Championships in 2012 and 2013 and directing the Nike Festival of Miles charity track meet. He has also created NAZ Elite training plans to help runners of all abilities. 'Follow NAZ Elite on Twitter: @NAZ_Elite and Coach Ben at: @BenRosario1