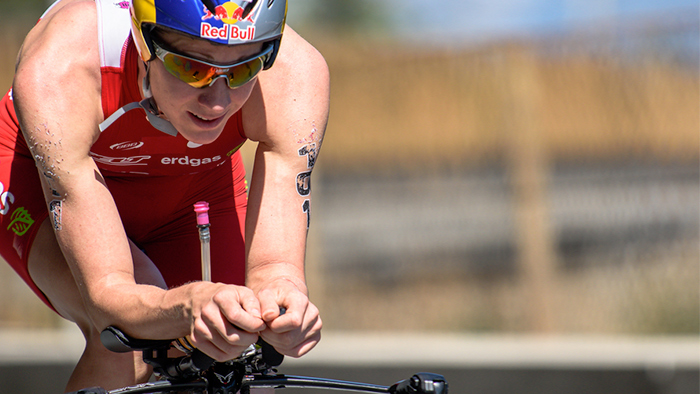 Chattanooga’s challenging course will favorite the strong swim/bikers, however speedy runners still have a chance to steal the day. Here is our course preview and some predictions for the 2017 IRONMAN 70.3 World Championship pro races.

The 2017 IRONMAN 70.3 World Championship takes place in Chattanooga on a newly designed, more difficult course embodying the spirit of a world championship.

For the first time, the race will be split over two days, with the women’s professional and age-group race taking place on Saturday, September 9th and the men’s the following day. This new format will help break up the field, creating a fair (but still challenging) day.

The format of the IRONMAN 70.3 World Championship includes a new race venue every year, and the 2017 course promises to stress the field across all three disciplines—creating an incredibly competitive race.

Below I will breakdown the course, highlight key areas of focus and do an overview of potential top performers for both the women’s and men’s races.

In the past the swim course at Chattanooga 70.3 has sent athletes along a short, upstream section before turning with the current for the majority of the point-to-point swim.

Depending on the speed of the water, times have ranged from 22 to 23 minutes for most of the pro males. However this year, athletes will face a challenging 860-meter section against the current right from the gun.

This, along with temps expected to be above the wetsuit-legal limit, will give significant advantage to the stronger swimmers heading into T1.

Pre-race podium favorites Sebastian Kienle and two-time world duathlon champion Emma Pallant, who are strong on the bike but considered weaker swimmers by comparison, will try to limit their losses and save energy for the redesigned bike course.

While the championship course does follow many of the same roads seen in the standard Chattanooga 70.3 race, there is one key, 1,100 ft difference.

Just before mile five, the race starts a 1,100 ft. climb up Highway 58 to Lookout Mountain. With early gradients of more than 8 percent, the bike course should help spread the field and benefit those strong swim/bike athletes.

To put it in perspective, an athlete pushing 250 watts of power can expect average speeds less than 10 mph for this 3.3-mile section of the course.

The image above shows the terrain profile for the standard Chattanooga 70.3 bike course in orange and the 2017 IRONMAN 70.3 World Championship in blue.

While the standard edition of the course is slightly longer than 56 miles, the newly designed course will pose a much greater challenge to the athletes than extra distance.

After the initial climb athletes face rolling terrain for the next 15 miles. Once they descend off the top of the hill, the road flattens out, but the variable wind forecast currently shows a direct headwind for most of the trip back to town on both days of racing.

These conditions can change rapidly, and we will be updating models right up to race start for the IRONMAN Live Broadcast.

If we compare this course in blue to the 2015 and 2016 IRONMAN 70.3 World Championship courses in orange and purple, it’s immediately apparent that this year is most similar to 2015’s course in Zell am See, Austria.

Most athletes should expect significantly slower bike times than a typical 70.3 race and will need to adjust their strategy to account for this impact heading into the run.

For the same TSS as the standard Chattanooga 70.3 bike course, athletes could expect to see a 12 to 13 minute time difference on the bike. Overbiking the course will likely lead to trouble on the difficult, rolling run course.

The run course has remained the same from the standard Chattanooga 70.3 race. However, after a significantly harder swim and bike course, the rolling terrain will likely be a challenge for the athletes.

The figure below shows the run course profile, which features rolling terrain and approximately 1,000 feet of climbing over the 13.1 miles.

Using the Pacing Project we can expect times similar to last years championship for the pro women, but optimal half-marathon pacing will be key to a strong finish.

Holly Lawrence has been an unstoppable force at the 70.3 distance in 2017. She is a well-rounded athlete that could really put some distance into the field in the initial stages of the challenging bike course.

Being a smaller athlete at only 115 pounds, her power-to-weight ratio will favor her up the 8 to 10-percent grade sections of road in the way to Lookout Mountain.

Her major potential challenge should come from Daniela Ryf, who if on form can use her higher overall power to close any gaps over the final 30 miles of the bike.

Using Best Bike Split to model their performances, Ryf should have a slight edge of one to two minutes over Lawrence; however, she may be saving herself a bit for Kona and might not want to push herself to the limit.

On the difficult bike and run portions of the course, we expect 2017 ITU Duathlon World Champion Emma Pallant to make up significant time from the swim, keeping her in contention for a podium spot.

Other notables include Heather Wurtele who podiumed in both 2015 and 2016 as well as standouts Helle Frederiksen, Annabel Luxford and Melissa Hauschildt.

If Lawrence and Ryf are on form and motivated it should come down to a battle between the two women—who rarely race against each other—for the win.

The men’s race should be extremely competitive, but it’s doubtful there will be a repeat of 2016 where 19 athletes came into T2 within a minute of each other.

Kienle is our pre-race favorite as the difficult bike course should suit his skill set nicely, especially if there is a headwind on the back half of the course.

Olympian and 2014 IRONMAN 70.3 world champion Javier Gomez should lead the group out of the water, and if he can stick toward the front on the bike, he’ll limit losses and stay close to Kienle going into the run.

Athletes who do not pace well early on could lose significant time later in the race.Tim Don has had an incredible year, and being a smaller athlete like Lawrence, the early sections of the of the bike could give him an advantage over larger competitors.

Don has worked hard on his aerodynamics, and those efforts should pay dividends heading into the run.

The defending champion Tim Reed will have his work cutout for him on the course. Our models show that his bike time will be a bit slower than Don, but in the same range as Javier Gomez, who if fit can easily outrun the field for a podium spot.

The difficulty of the terrain creates a fair and balanced course where the top three spots really could go to any number of the top-ranked athletes.

We think Kienle is best positioned to come away with the championship, but we also wouldn’t be surprised to see Don or Gomez snag that top spot.

About Ryan Cooper
Ryan Cooper is the Chief Scientist at TrainingPeaks and Co-founder of Best Bike Split. He has worked and consulted with multiple World, Olympic, and IRONMAN champions, as well as teams including UnitedHealth Care, Dimension Data, Cannondale Drapac, Orica Scott, BMC, Trek, and Sky. His main mission is spreading the metrics-based training approach of TrainingPeaks and the predictive race day analytics provided by Best Bike Split. Learn more at TrainingPeaks.com and BestBikeSplit.com.
#IRONMAN#IRONMAN-70-3#TRIATHLON