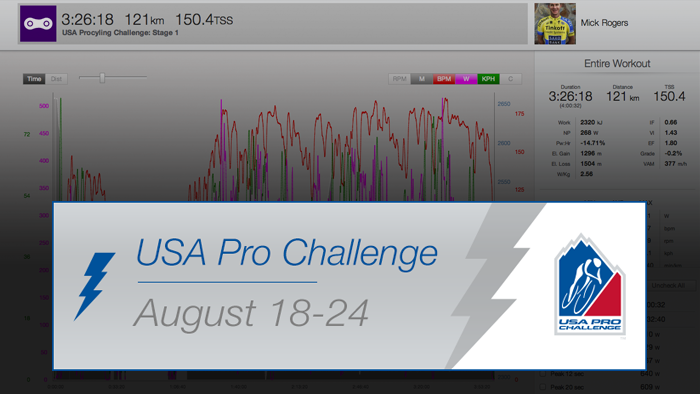 The 2014 USA Pro Challenge takes riders across the state of Colorado over seven amazing stages. Featuring high altitude, big climbs and fast racing, it is one of the top races on the calendar. Take a look at the power these top athletes produce during this tough week of racing. 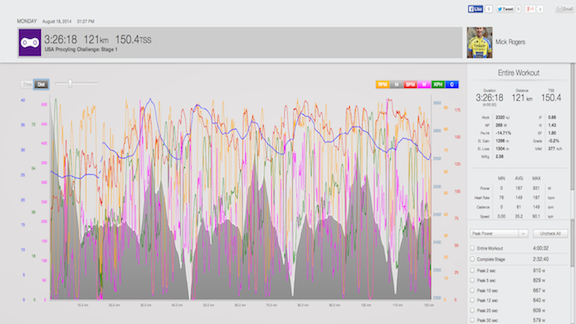 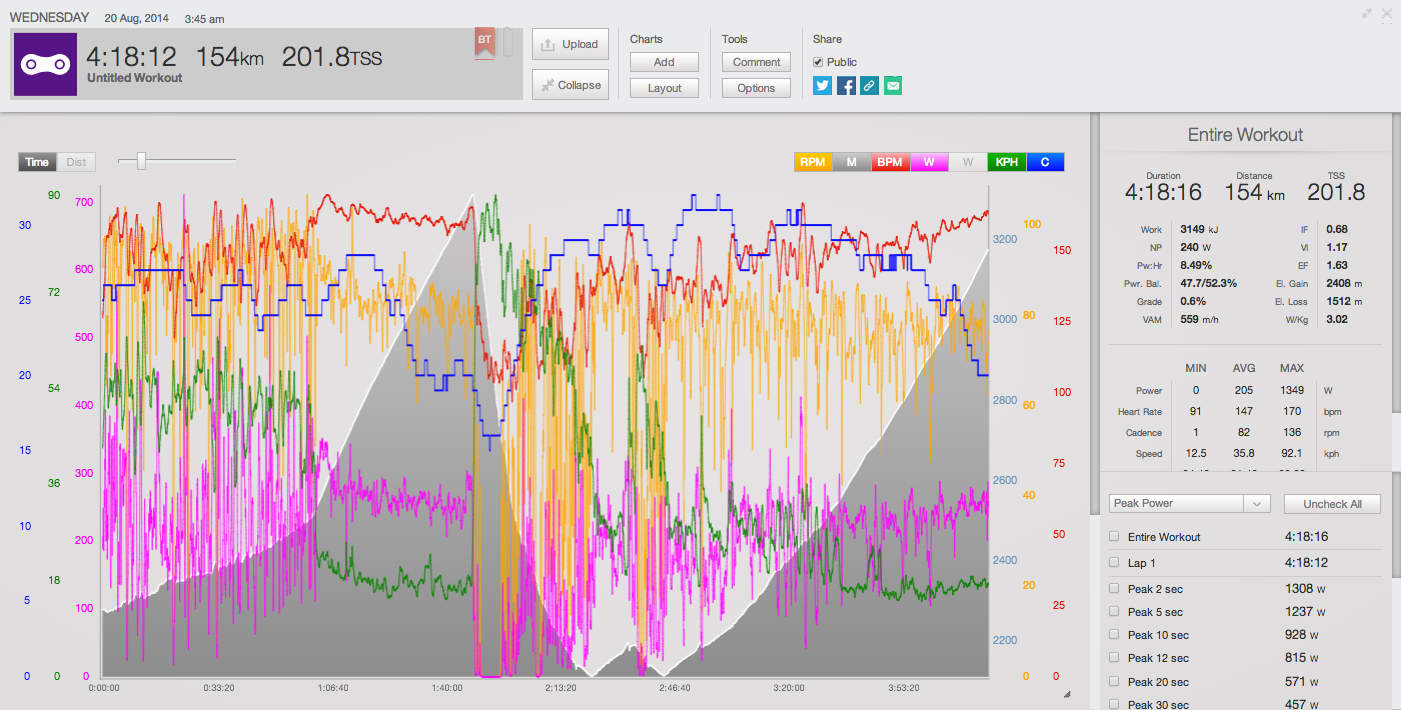 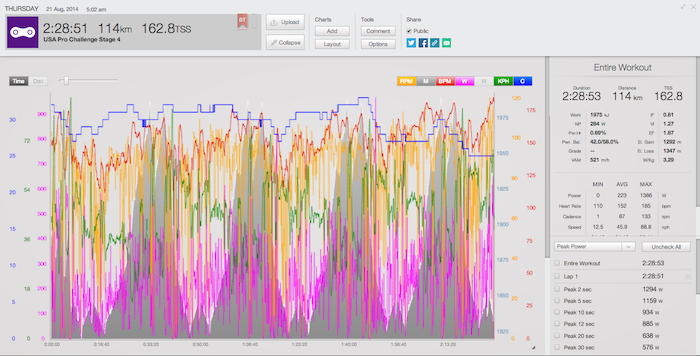 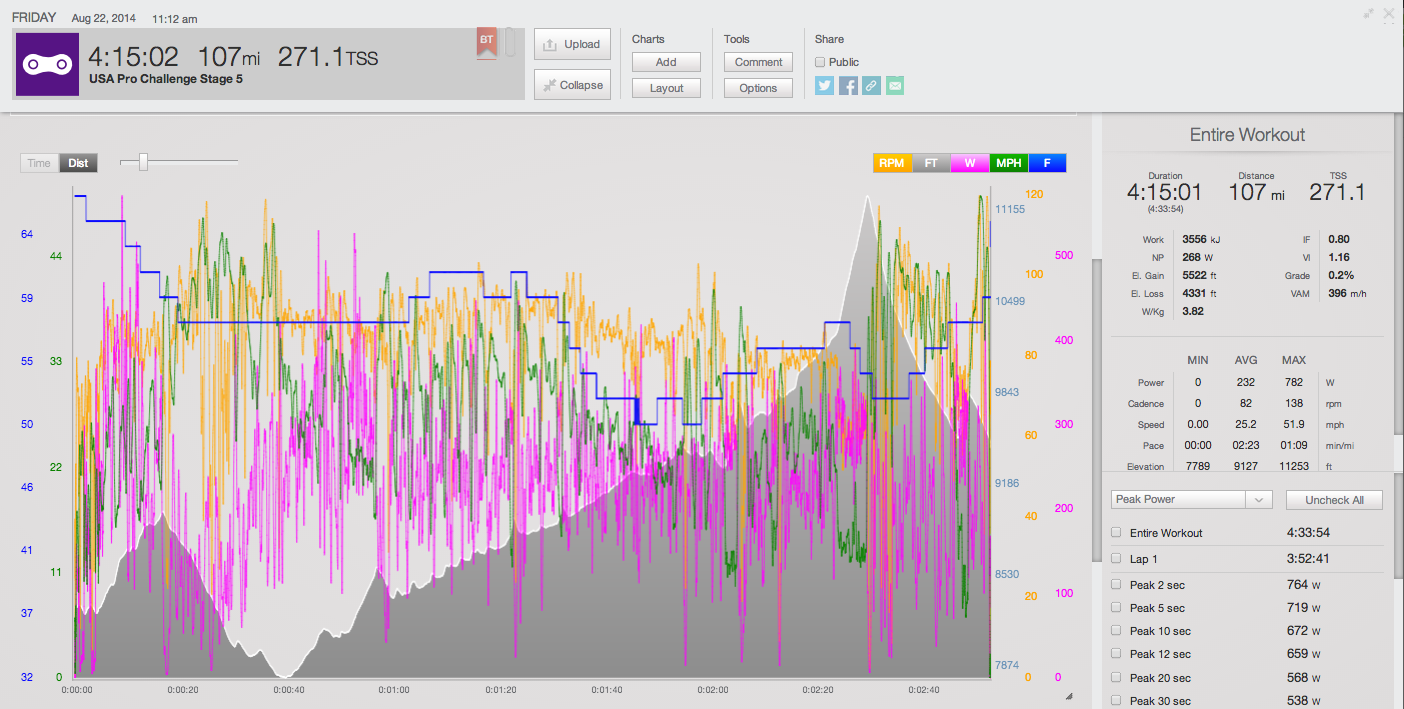 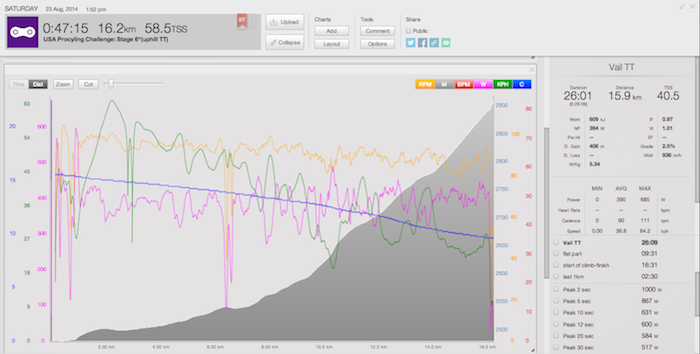