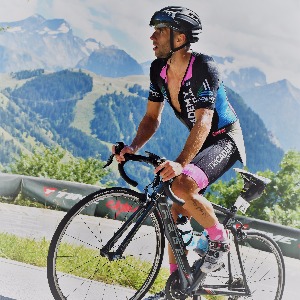 Daryl Oguona Tricademy
Have a Question? - Contact Me Contact Me
Coach Summary Meet Your Coach Training Plans Contact
Coach Summary
Refund Policy
Plans are protected by our Refund Policy and may, with the author's approval, be exchanged for a plan of equal value from the same author.
Location

Daryl has a Diploma in Fitness Training, Sports Therapy and Personal Training level 3.
He is a qualified Level 2 British Triathlon Coach and went on to gain further qualifications in a wide range of fitness related areas such as, weight management and lifestyle coaching.

In 2002 I was set a challenge. That challenge was to complete an Ironman in 2003. At that point this seemed completely achievable. I hadn't been on a bike since my since I was ten, I couldn’t swim anything other than breast stroke and I certainly couldn’t run a marathon. However the challenge was set and I didn’t want to back out. To say I struggled was an understatement, it was hard and there were times when I thought I would never get there but I finished and from that moment on I was hooked.

Whilst I had completed triathlons I hadn’t took my training seriously, for years I got by on grit and determination to complete training and races. At that stage I was finishing in the top third of the field but I wanted to do better.

Long story short, In 2010 I suffered a bike accident which meant I was unable to train for months. This gave me time to reflect upon my previous methods and actually plan my training. I put in place a structure drawing upon all the principles and knowledge I have gathered over the years in the fitness industry.

My plan had an effect. That season I won five races and placed top three in most other races. I continued to have successful seasons in 2011 and 2012 rarely out of the top five. I then went on to compete all around Europe doing 70.3 and full ironman races.