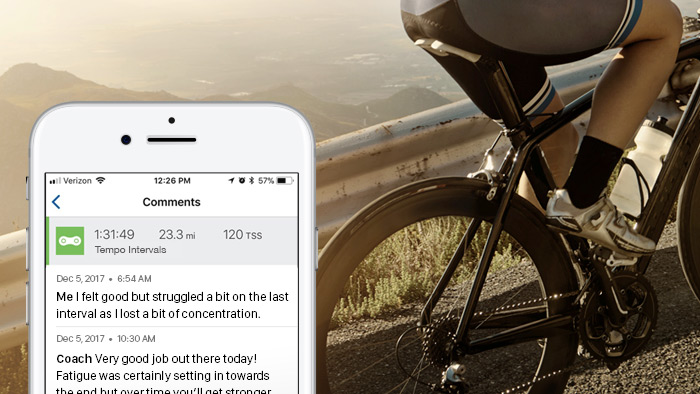 In this excerpt from Matt Dixon’s book “The Fast-Track Triathlete: Balancing a Big Life With Big Performance in Long Course Triathlon,” he highlights the importance of the coach-athlete relationship.

The following is an excerpt from Fast-Track Triathlete: Balancing a Big Life with Big Performance in Long-Course Triathlon by Matt Dixon and has been reprinted with permission from VeloPress.

Working with a coach can be a smart and beneficial step to help you achieve success in triathlon. However, you must understand that the coach is not the catalyst for your success. A good coach can guide you on the path to success but you determine if you’ll achieve success. If you get into Harvard, its still what you bring to Harvard (work ethic, smarts, curiosity, ambition) that determines what you’ll get out of that experience.

If you’re looking for a coach, consider what you need to be successful and what type of person will help you the most. Just as you should do your research and show around before you make a big investment, you will want to talk to several coaches. If pro athletes come to me about coaching, I insist that they also talk to two or three other coaches to help them find the best fit for them, instead of me simply selling my guidance and services. If they find a better fit, super, if I am still the best fit for them, then the relationship begins with clarity and commitment.

Look for someone with whom you can build a solid relationship. You don’t want to be just an addition to a stable of athletes. A coach’s reputation is often built on the results of a single great athlete. Does the coach you are considering have a history of developing athletes? Have the athletes stayed with that coach for a while? Does the coach have a wide range of athletes, with many at the same level as you? Does the coach have consistent results with athletes at your ability level or the level you want to reach? Just because a coach has helped an athlete win a world championship doesn’t mean he or she can help you reach the finish line of your first IRONMAN.

Every coach offers something different. If you’re fairly new to triathlon, it would be smart to look for a local coach known for working with new triathletes and first-time 70.3 or IRONMAN competitors. In getting to know a coach’s personality and background, you might find out a certain coach is known for making great runners but not as proficient in helping athletes improve on the bike. If you’re a good runner and a weak cyclist, that might not be the best coach for you.

The essence of working with a coach is building a relationship. As with any relationship, you want it to evolve over time. There are many great examples of athletes who remained patient and committed to a program: They bought in, did their homework, and over time they achieved great success.

One of the best examples is Brent McMahon, who worked with coach Lance Watson for 22 years. In that journey Brent became junior world champion, competed in the Olympics, finished an IRONMAN in under eight hours, and successfully raced in several IRONMAN World Championships.That’s an impressive evolution, and the athlete-coach relationship deserves some of the credit.

On the contrary, when athletes change their coach from one season to the next, it diminishes their ability to build toward ongoing success. Instead, they’re stuck in a pattern of adapting to new training philosophies, new workouts, and new relationships.

I’ve been fortunate to work with many great athletes: Meredith Kessler, Jesse Thomas, Sarah Piampiano, and Tim Reed, among others. When they made the decision to work with me they bought into the program, and every year they reinvest in the program and begin building on what we did the previous year. Their continued progression is built upon a successful, ever-evolving relationship.

Fast-Track Triathlete: Balancing a Big Life with Big Performance in Long-Course Triathlon by Matt Dixon is available now through VeloPress.com.

Ready to improve your own coaching business in 2018? Check out the many educational resources available to our TrainingPeaks Coach Edition users here.

About Matt Dixon
Matt Dixon is an exercise physiologist and an elite triathlon coach. He has coached amateur and professional triathletes to over 300 Ironman® and Ironman 70.3® wins and podiums, 200 Ironman World Championship qualifiers, and several world championships. Dixon is an Ironman University Master Coach and a former professional triathlete and two-time Olympic trials finalist in swimming. He has a master’s degree in clinical and exercise physiology and contributes regularly to Triathlete, LAVA, and USA Triathlon magazines. He has also been featured in the Wall Street Journal, New York Times, Men’s Journal, Outside, Men’s Fitness, and Men’s Health. See more at purplepatchfitness.com.
#FUNDAMENTALS#RELATIONSHIPS