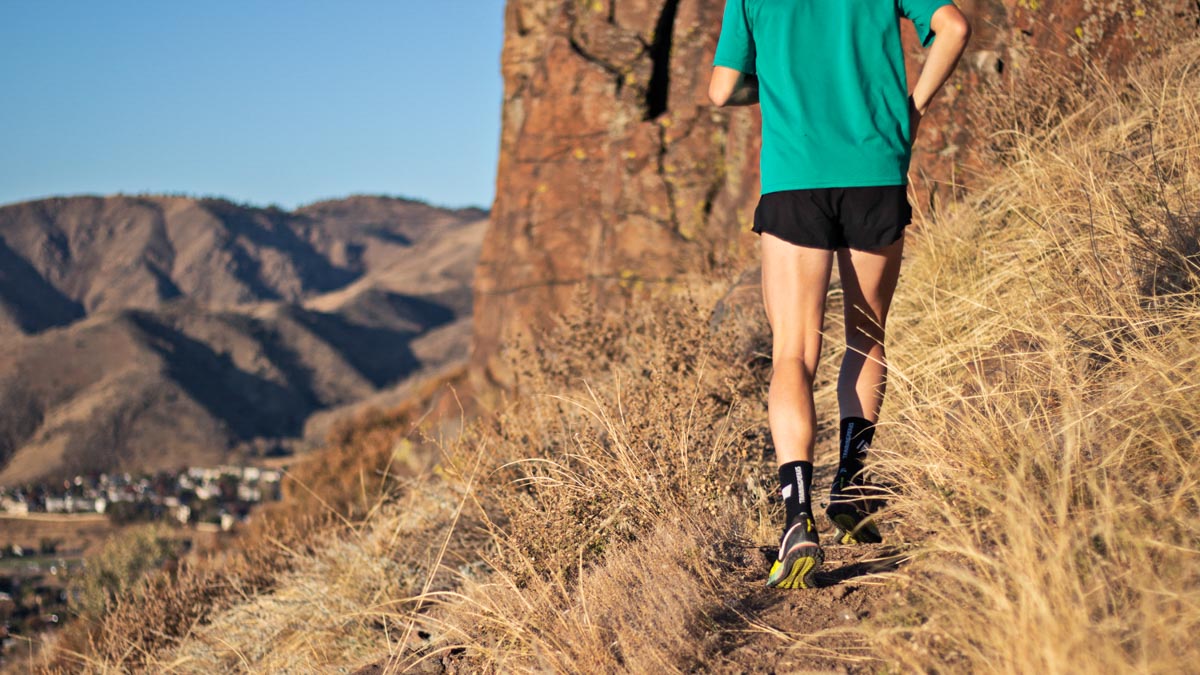 Is Running with Power Worth It?

Asking your athlete to invest in a running power meter needs to have solid reasoning behind it. Here’s what run power can tell you about their efforts.

Running with power is a relatively new concept. Triathletes, with their understanding of the benefits of using power in cycling, were quick to engage with this new metric. Initially, no one understood how to use it effectively, though experts all agreed that there was potential.

I was fortunate enough to meet Gus Pernetez and Jamie Williamson from Stryd at Kona in 2016. In the same year, I attended a TrainingPeaks University course where Jim Vance spoke about running with power. As someone who came from an engineering background, I found the whole concept fascinating and quite exciting.

Back then, it was a new method of gathering run data, and though the value wasn’t yet clear, coaches saw the opportunity. Now, I believe that running with power makes a huge difference in some athletes’ racing success.

The Meaning Behind the Numbers

The value of running with power doesn’t merely consist of just providing a power number. In fact, it’s somewhat meaningless on its own since more power doesn’t always yield more speed. There are a plethora of additional metrics that we can now use to understand how a runner is generating speed. Steve Palladino has done a considerable amount of this research, so too have Andrew Coggan and Jim Vance. Each is working toward identifying sophisticated metrics to help explain how speed is generated. At first, the information can be overwhelming. However, with time, we can begin to see the nuances beyond just power and speed.

The first key principle of run power consists of the following: out of the total power an athlete generates, only a proportion of it contributes to forward propulsion, and only a proportion of that is actually generating speed. This reinforces the fact that running can be very technical and form-based. It also demonstrates that running is a balance between effort and precision.

Steven Palladino uses this simple equation to help us understand the relationship between power and speed:

The values yielded by running with a power meter hinge on either the runner’s effectiveness, or their power contribution to speed. Therefore, our training sessions must focus on improving either the running effectiveness or the power of the athlete.

Why Power Fills in the Data Gaps

I believe using power instead of just pace with my runners can be useful. Power is how much work someone can do per second (a Watt =Joules/second). Therefore, heading out on an easy run means that they hold an effort irrespective of speed, hills and wind. Over time, speed will come. Focusing only on speed may result in a daily fluctuation between power readings due to biomechanical or environmental factors.

At the TrainingPeaks University in 2016, Jim Vance demonstrated the value of this metric. He presented two run files—they were recorded on two separate days but both from the same runner. The athlete ran the same distance, at the same time, at the same pace along Ali’i Drive. Theoretically, everything should be the same for each run. According to speed and heart rate, they were identical.

The only measurable difference was a significant power increase on the second day. In other words, the runner had become less effective. The difference between the two days was attributed to a bike crash before the second run. The second run was more demanding in terms of power production and he felt it. The resulting data only reinforced his increased sense of difficulty. Despite all other values holding equal, the power metric offered us even more insight into the athlete’s experience.

As it pertains to the struggling Ali’i Drive runner,  there’s a good reason why coaches always talk about the importance of holding form through the end of a run. If you’ve ever witnessed a long endurance event, you’ve likely seen people struggling to maintain form towards the finish. Luckily for us, measuring power allows for a more accurate dose-response understanding of training. If the athlete uses their energy inconsistently and on other movement patterns (think flailing or stumbling) besides streamlining effort into forward motion, then the power needed to maintain speed increases.

So, what does that mean for your athlete’s training values? If TSS is calculated using power and the athlete’s form erodes during raceday, there is a good likelihood that the TSS value will end up higher than anticipated, thus putting that athlete at risk for overtraining and consequential injury. Using power helps inform you of where the athlete is struggling and thus will signal when recovery or revisiting form-focused sessions is necessary. Power will also allow us to more accurately estimate energy requirements (Watt = Joules/second) for runs at race pace, allowing for better-informed fuelling strategies.

Where Run Power Comes into Play with Triathlon

As for triathletes, calculating the pace to run off the bike can be quite tricky. Some athletes run fantastically off the bike while others struggle. In my experience, those who struggle are doing so because of a reduced efficiency factor, but their power values remain largely unaffected. Therefore, racing triathlon becomes a simple case of targeting a power number based on what they can sustain for the duration of the race.

As I have watched running with a power meter become more popular, I confess I am a convert. I ask most of my more competitive athletes, or those racing ultra and trail events, to record their power. This helps them avoid overtraining, improves their pacing and offers more specific training and racing targets.

At a personal level, having slowly returned to running after some time off, reviewing my power numbers and ignoring my (relatively) slow paces has kept me more motivated about running (rather than being disappointed by comparing to a previous self.)  I believe that running with power is worth it and will continue to evolve offering ever greater insights to performance and training methods.