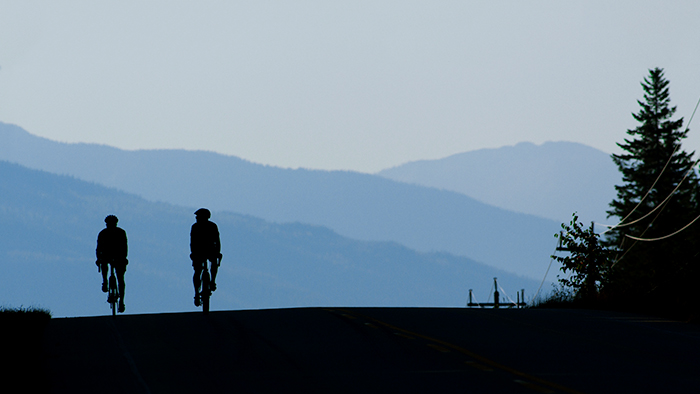 Is It Time To Break-Up With Your Athlete?

The coach/athlete relationship is a special one, but a finite one nonetheless. These warning signs are indicators that it is time to either recommit to your athlete, or allow them to move on.

All relationships between coaches and athletes are by definition, finite. Knowing when it is best for the agreement to end can be tricky to figure out for both parties. That said, how and when you should break up with an athlete is an important skill for you to learn as a coach.

Sometimes, it is easy for the athlete to know when it is time to move on. If the coach is not meeting their basic needs, such as providing training in a timely manner, or is making basic mistakes (such as cutting and pasting workouts from another athlete) this is a clear indicator.

From the coach’s side, if the rider is unmotivated or not following the suggestions given, it is simple to see that the rider may be ready for a change in his or her support network, or possibly a change in sport status.

However, the subtler scenario is when the coach and athlete have hit a plateau in growth or progress. This can be much more difficult to diagnose, as it is not always clear when the rider’s stagnation is a result of the coaching, or simply that the limit of the athlete has been reached.

Coaching is part art and part science. The coach looks at metrics and input from the athlete, and weighs these against improvement and results. This process requires experience, intuition, diligence and some creative energy.

The coaching industry didn’t used to be quite so scientific—or helpful. When I was a junior rider / young senior, (from the late 80s to the mid-90s) coaches were enigmatic, rare, mythical creatures. Most of them had unpronounceable names and bizarre advice that involved consuming horsemeat, as well as avoiding air conditioning and the middle of croissants.

In the last decade, the coaching industry has undergone significant growth, and there is an ever-increasing hunger for science in the field. The market is flooded with a plethora of meters and wearables that can be used to collect data and generate graphs, charts and tables. These are great tools but ultimately the data must be interpreted by a human, and human interpretation means bias.

In order to make a program, the coach must make decisions based on a combination of empirical evidence, historical athlete response  and gut feeling. A strong instinct is a necessary ingredient for a good coach, and that instinct is developed over years of experience in the sport as a rider, or in the service of other athletes. With that instinct comes a biased perspective, and coaching instinct.

The same instinct that can make a coach great is the same instinct that can warp the objective lens of a coach over time, making it hard for the coach and athlete team to progress to a higher level. On the one hand, experience and instinct can help coach an athlete through a particular situation because the coach has seen it before. On the other hand, if a particular athlete does not respond to a given stimulus the way a coach expects based on his or her experience, the stubborn or entrenched coach may believe that the same approach will eventually work. Thus, experience and instinct can both assist and prevent good coaching.

A sharp coach will seek to learn from the literature available to expand his or her depth of knowledge. Many modern coaches consult scientific studies to educate themselves on new training modalities, refinements of training methods, or on the efficacy of nutritional supplements. The paradox is that ultimately, all the data in the world may not help the coach figure out what works well for a given athlete. Ultimately, every human is unique and responds to load differently, and we are only on the cusp of a truly comprehensive understanding of why one rider goes fast and another does not.

Training load on any given day is only one out of 199 variables in the equation of impacts to an athlete’s performance (although, not all variables are weighted equally). Every coach and athlete relationship ultimately boils down to a series of experiments with an N of 1.

As it is difficult to establish a direct cause and effect relationship between coaching and performance, it can be challenging to determine when a relationship has reached its potential. Experienced athletes and coaches alike can both sometimes sense when their relationship has reached “critical mass.” This can come about as a result of entrenched coaching behaviors, or simply being too familiar with an athlete. Sometimes, it takes a fresh pair of eyes to see new potential in a rider.

One important job for the coach is to constantly challenge his or her own perspective on why a decision is made about an athlete’s program. If a coach comes up with the same solution to the problem over and over, unless the athlete is winning a high percentage of races, the coach is perhaps incapable of looking at his or her own work with a critical or honest eye. Even if the athlete wins a high percentage of events, the nature of sport is such that the level must always be raised. If the coach cannot raise their standards or look critically at their own methods, it may be time to move on.

Another crucial aspect of coaching is having a good rapport with the client. Only when the coach is in touch with the client’s life events, the demands of their work, the rhythm of their family, and their mentality towards training is it possible to have a complete understanding of the client’s entire life, including their strengths and weaknesses (including blind spots). This is a key aspect to coaching effectively, and also to knowing when the relationship has reached its potential. The coach should honor their commitment to the client and recognize when the time has come to move on. A holistic knowledge of a client’s life off the bike will help a coach understand the evolution of the relationship more effectively.

The athlete’s job is to challenge the coach to justify the program they are given. Too much challenge can be counter productive, but the educated and engaged athlete should seek to know why the coach makes the call they do. The rider does not have to know every detail of the decision making process, but they should understand the basic philosophy of their program and why it is being implemented with a particular design. If the coach cannot answer the “why,” it may be time to move on.

Don’t confuse the coach with an enigmatic persona who should not be questioned. Many figures in modern society are taken as authorities when they ought not to be. If a coach becomes defensive when an aspect of a training program is questioned, this is possibly a sign that there is too much ego wrapped up in their work. A good coach is always willing to recognize that there may be a better way, and thus to have a discussion about methodology or program design.

Likewise, if a coach cannot handle discussion or criticism with his or her peer group, it is unlikely they will be able to look at a rider with an open mind or fresh perspective. It is difficult to fill a cup that is already full.

Sometimes the athlete/coach relationship gets blurred and becomes too friendly. For some athletes, this is a problem, as they no longer respect the authority of the coach. Some riders have a misguided perception about the role a coach should play in athletic success. Coaches are partners, mirrors, and intellectual counterparts, not authoritarians or motivators. The job of the coach is to guide with honesty and wisdom, not command from a place of superiority.

Coaches can be trainers, and some athletes only want “training” written for them, so they do not have to engage or think. A rider who is disengaged from the why of the coaching process is not being coached; they are being trained. There is nothing wrong with this level of service, but athletes should be aware that if they are being trained, they are not reaching the potential they could with a proper coach. Sometimes athletes who prefer a trainer simply want accountability. Knowing that someone is watching, and that this person is being paid, is enough to help motivate the athlete to act on the program.

The success of a coach should not be measured solely by the FTP or race wins of the athlete. Progress and growth can occur in non-tangible ways, and many times in an athlete’s career, this means more than watts gained or placings earned. However, the most obvious sign that a coach and rider relationship has reached its terminal velocity is stagnation. If this is a consistent theme, it is time to re-ignite the flame with some new energy. This may mean changing coaches, or simply re-invigorating the relationship with a camp or a vision quest-length ride together. Some of my best coaching insights have come on the bike, sitting in the saddle right next to my athlete.

Just as every coach/athlete relationship has a finish line, all athletic careers have a finite lifespan. Whether you are a coach or an athlete, the aim should be to maximize the time available to best impact the goals of the rider.  The role of the coach is to honor the athlete’s quest to maximize performance within the context of life. 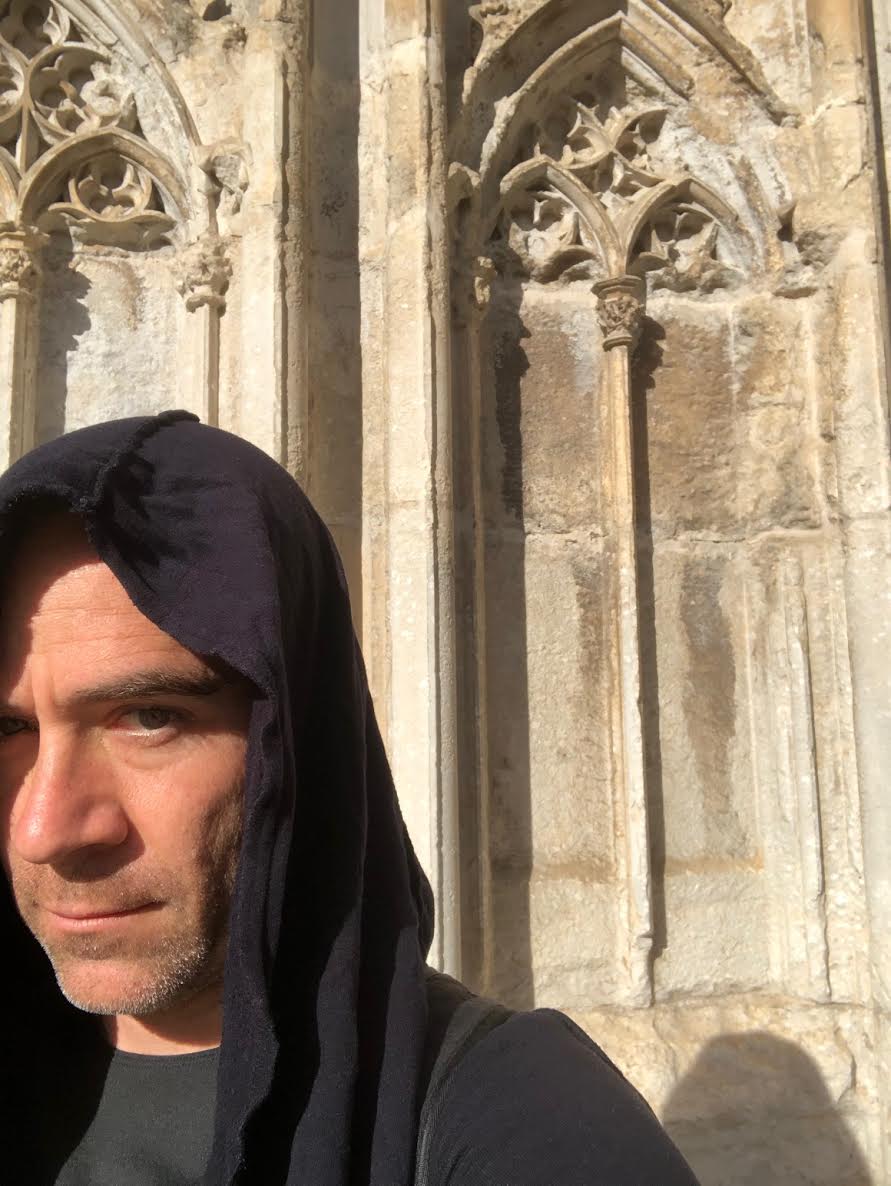