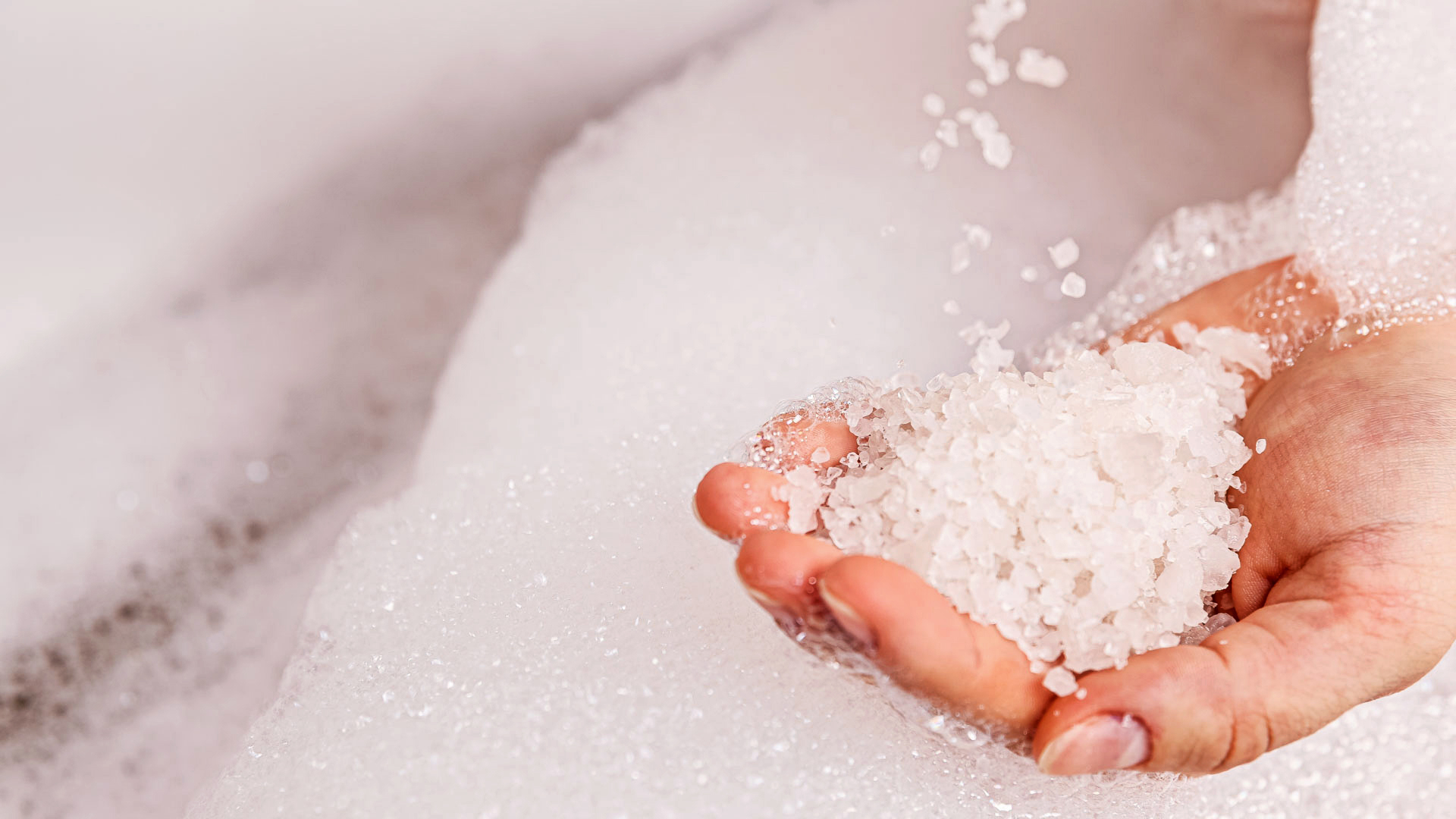 Few things compete with a hot bath after a long, cold, winter workout. But the question remains, will adding a handful of Epsom salts improve your recovery?

With the colder months coming and more athletes moving their training outdoors, coaches often look for ways to keep their athletes healthy and safe in the face of the colder, drier conditions. One of the more popular remedies for cold-weather training recovery is the use of Epsom salt baths.

Interestingly, despite their incredibly long history of use, there is very little in the scientific literature exploring the claimed benefits of these baths. And those claims are wide-ranging. Epsom salt baths have been advocated to treat everything from muscle soreness to gout.

While evidence for Epsom salts is lacking, the history of when they first came to be used is better understood. In the summer of 1618, England was gripped by drought, but as Henry Wicker, a local cowherd, walked across Epsom Common about ten miles southwest of London center, he came across a pool of water from which his thirsty cattle refused to drink. The water tasted bitter and upon evaporation yielded a salt. This salt would forever be known as Epsom Salt. Unlike table salt, which is composed of sodium and chloride, Epsom Salt is composed of magnesium sulfate.

Locals would dissolve the salt in beverages or drink the water straight from the spring and learned quickly that it had a remarkable laxative effect due to the effect of magnesium on the gut.

But Wicker and others also thought they saw something else in those cattle who first refused to drink from the bitter spring. He and others swore that wounds on the legs of his cows healed faster and without infection if he let them wade through the salty water. It was from these reports that the healing effects of Epsom salts began and have been propagated ever since.

At the time, when news spread about the well and its healing effects, people would come to Epsom to bathe in the water to soothe all that ailed them. The theory, developed over time, is that when dissolved in water, the salt dissociated into magnesium and sulfate ions and that the magnesium is absorbed into the body to do assorted good deeds.

First and foremost, it needs to be said that the magnesium in Epsom salts simply does not pass through the skin, so the premise by which the salts are purported to work is immediately undermined. However, there is very little actual science that has been done to support or refute the claims of what Epsom salts can do. The reality is, what studies have been done show no real benefit. And this goes for the healing properties as well as the soothing properties.

Is it the Salts? Or Just the Bath?

Now with that said, I think that it is important to note that Epsom salt baths are usually very warm, if not hot baths and there is plenty of anecdotal and scientific evidence to support the fact that a hot bath soothes cold and/or sore muscles. So while the Epsom salts themselves may not add a whole lot to the equation, I do not want to discourage anyone from the practice of using hot baths with or without the salts to treat their cold, tired and aching bodies.

I do need to point out that Epsom salts are occasionally still used for their laxative effects. Though if an athlete tries this, they must be careful. Magnesium can be toxic and if Epsom salts are taken in too high a concentration or volume, the amount of magnesium ingested can be dangerous. However, so long as they are taken in the suggested quantities, oral ingestion of Epsom salts is safe.

So the take-home here is that while Epsom salts baths don’t really have any demonstrable benefits, they are inexpensive and the warm bath that they are dissolved in will likely go a long way in making athletes feel good, so given the lack of harm they can cause, feel free and take a hot, salty soak.

If you have questions about this or anything else related to health, wellness and triathlon training, send me an email at tri_doc@icloud.com

About Dr. Jeff Sankoff
Jeff Sankoff is an Emergency Physician, long time triathlete and USAT/IRONMAN University Certified coach. He has completed 6 IRONMAN races (including Kona) and more than fifty races at the 70.3 distance including 5 World Championships. He produces the TriDoc Podcast that can be found on most popular podcast platforms and iWork’s with LifeSport Coaching. You can learn more about him at his website: TriDoc Coaching.
#COACHING#SCIENCE#TECHNOLOGY