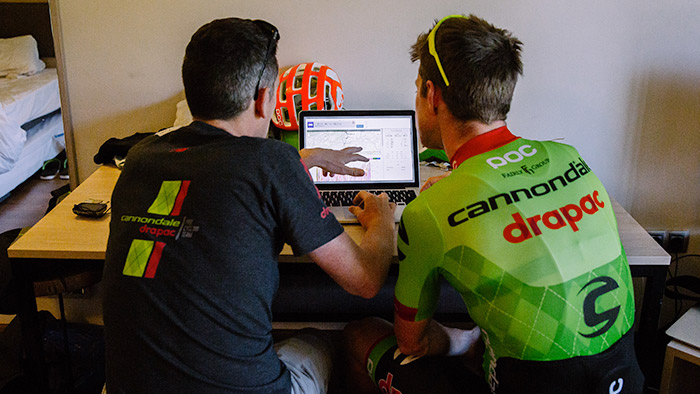 An athlete is more likely to succeed when the knowledge passed down from the coach is retained by the athlete for the duration of their competitive career.

By definition, a coach is an instructor involved in the training of an athlete or team, which may include a series of coaches throughout an athlete’s career or a collaborative group of specialized coaches (trainer, psychologist, nutritionist, skills, etc.) working simultaneously with an individual athlete or team.

This is similar to our education system, where a student accumulates knowledge from multiple instructors throughout elementary school, middle school, high school, and college to advance the student’s future career.

Unfortunately, the concept of an instructor lineage in athlete development is under-utilized in the highly competitive market of endurance coaching, where coach-athlete relationships are often perceived as exclusive agreements in which shared knowledge is restricted.

However, is a limited coach-athlete relationship in the best interest of the athlete’s long-term development? In reality, due to the complex nature of the highly technical sports of cycling and triathlon, an athlete is likely to benefit from more than one coach during their career, with each coach providing collective contributions to the long-term development and success of an athlete.

Coaches often gravitate toward a specific context, or focus area, based on their effectiveness and expertise, which in turn, defines the type of athlete they work with (Côté & Gilbert, 2009). The coaching context is often categorized by age and/or competitive categories, namely chronological age (biological), skeletal age (physical development), training age (sports participation), and sport-specific training age in addition to the more traditionally recognized categories of amateur and elite competition (Balyi, Way, & Higgs, 2013).

As a result, a natural coaching lineage evolves for athletes as they transition from a beginner to an elite competitor. While coaches and athlete should always establish long-term competition goals, the primary training focus should always be within the context of the current age and competitive category to prevent gaps in skills and physical development. These gaps would prove detrimental to an athlete as they ascend to the elite and professional ranks.

This essential process is often rushed when a coach identifies an endurance athlete with superb physiological capacities, such as a high VO2max or lactate threshold. For example, in women’s cycling and Olympic distance triathlon, inadequate skills training on the bike will consistently limit performance at the elite and professional level no matter how large the aerobic engine of an athlete may be.

In this instance, an athlete may benefit from multiple coaches who work together to assure that both the skills and physiology progress together. This type of collaborative effort is extremely valuable to an athlete, but requires open communication and constant contact between coaches to efficiently organize training sessions that effectively result in improvements for the athlete.

The Importance of Communication Between Current and Past Coaches

As an athlete transitions between coaches during development, interpersonal communication between athletes and coaches is critical, primarily to avoid errors that may have been made in the past. For example, neglecting an athlete’s prior training history can result in overtraining if a new coach prescribes a training load that is significantly higher than what the athlete completed in the past.

In some extreme cases, a coach may prohibit an athlete from maintaining possession of their training record (e.g. a TrainingPeaks athlete account) or even discussing their former training program, making it impossible for an athlete to share their prior training history as they transition to a new coach.

By doing so, a coach violates one of the 10 key qualities of a great sports coach established by the International Olympic Committee (IOC). The IOC states that a great coach shares the knowledge and educates others, reaffirming the aforementioned role of the coach as an instructor.  In addition, the IOC states that having the confidence to share and seek others’ view is critical, and that the “best coaches clearly understand that they are there to educate the athletes.”

In summary, establishing a cooperative coaching lineage is becoming increasingly more common among endurance sports and provides a much more solid foundation for athlete development. Coaches are most effective within a context or phase of athlete development that aligns with their knowledge and athletes’ outcomes.

In turn, athletes benefit the most when this knowledge is retained and transferred to concurrent or future coaches. Coaches should always remind themselves that they are educators to athletes first and foremost.

The knowledge, skills, and physical development retained by the athlete from a coaching lineage significantly contribute to the long-term development and success of the athlete’s career.

Dr. Corey Hart is well-known in the competitive cycling world as one of the top coaches for professional and development athletes. His athletes, past and present, include Olympians and top professionals, such as Megan Guarnier, Carmen Small, Flavia Oliveira, Alexis Ryan, Tayler Wiles, Geoffrey Curran, Sarah True, Meredith Miller, Caleb Fairly, Tina Pic, and Kimberly Baldwin. Dr. Hart is currently a research fellow at Mayo Clinic in the Division of Endocrinology, Diabetes, and Nutrition where he is actively engaged in research focusing on skeletal muscle metabolism in the context of aging and metabolic disease.