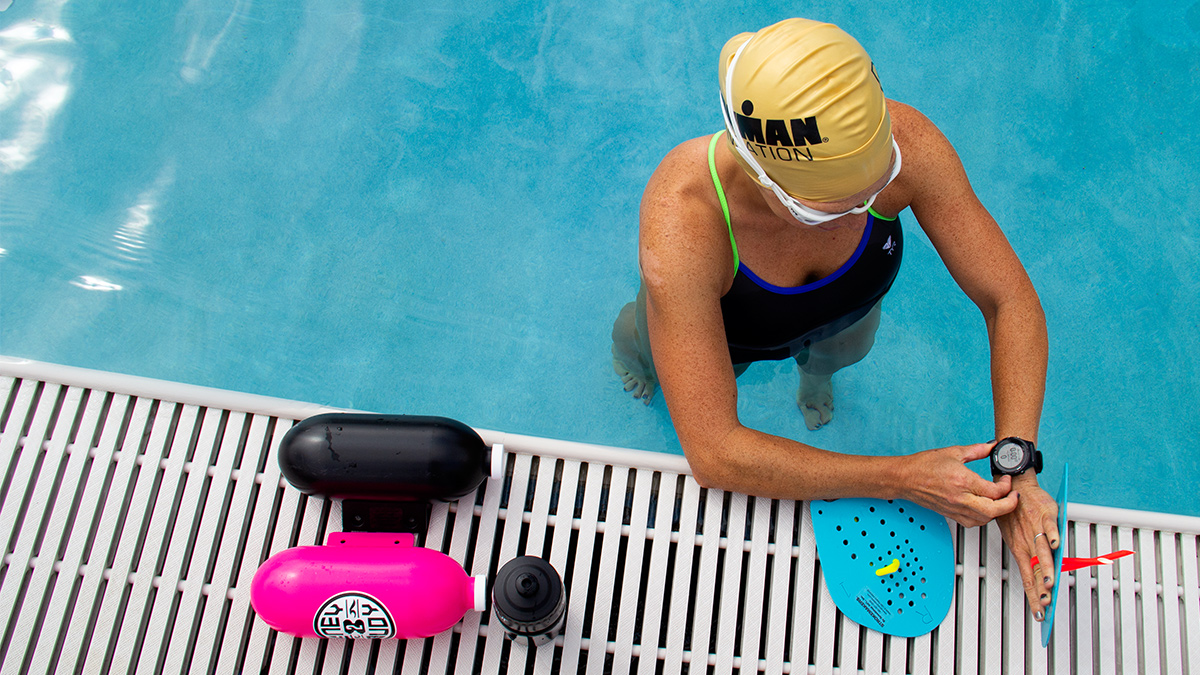 Coach Dan Bullock explains why athletes might find their pace in open water to be faster than in the pool.

After writing 9 Reasons Why Pool Speed May Not Translate to Open Water, we heard from a lot of athletes that felt they suffered from the opposite phenomenon. That’s not uncommon, so I set out to make the opposite case and explain why you might be moving more quickly in open water.

As always, before you read too much into this please be sure you are comparing like for like. Are you really faster in open water? Did several of your teammates measure your last course, river, or local lake facility and get an accurate time for “x” kilometer which then proved to be quicker than your best ‘x’ kilometer time trial in the pool? Was there a current which left you with a more flattering result? Was it especially windy that day?

In my experience, I find a that a 100 meter swim in a wetsuit to be approximately ten seconds quicker than in other apparel. I am consistently seven to eight minutes slower over five kilometers when racing in a swimsuit (FINA-approved open water suit, ankles to neck, textile based) compared to a full wetsuit. But, 100 meters of what exactly? Depending on the quality of your turns, a 100 meter pool would be quite different than 25 meter pool.

For the purpose of this article, let’s assume swimmers are in a non-wetsuit, open water swim. Saltwater is also a consideration so, in the interest of fairness, we will assume we are swimming in freshwater. Rather than concentrating exclusively on equipment or environment, we will primarily address stroke and mechanics in the article to explain possible discrepancies.

To be fair, pool-based swim training and racing is a whole lot more than just swimming. For instance, the legal 15 meter underwater kick results in vastly different times depending on the length of the pool. With similar swim speeds, an athlete with great turns will beat the swimmer with average turns in the 25 meter pool, but might not be as competitive in the 50 meter pool.

Turns are a huge part of any pool race. Without a fast turn, pool swimmers just cannot be competitive in a race. If your turns are not great you might benefit from swimming in open water where your swim velocity will remain unchanged. As mentioned, performance in a longer, 100 meter pool may result in a similar pace as open water.

Stroke tempo is also linked to pace and probably the most important aspect of stroke mechanics in open water. For most, open water tempo is higher compared to pool swimming resulting in a faster overall pace. Typically, tempo is higher due to the lack of wall push-offs resulting in fewer opportunities to glide off the wall and rest. Also, in triathlon, swimmers sometimes compensate for the future bike ride by kicking less and shifting more to the arms.

Swimming in saltwater or in a wetsuit will cover up a multitude of sins. In freshwater pool conditions, your tight ankles might point the toes down or your knee might send the lower leg up which both contribute to drag compared to the hip-lifting effect of a wetsuit and extra buoyancy from saltwater. You might feel a similar effect when swimming with with a pull buoy.

Water punishes us severely when for minor issues with streamlining which can be compounded without the help of wetsuits or saltwater. If you do not perfect your technique for the pool, then your pace will suffer. If you improve your technique in the pool, then this will only enhance your open water pace resulting in a win-win for overall performance.

I feel swimmers are often braver when it comes to open water racing. For some, the physical barrier of a wetsuit protecting you and your body offers a sense of invincibility. Many approach the start line ready to do battle in the throng of open water. The addition of wetsuits might explain why some swim starts get so aggressive.

Even without a wetsuit, many athletes have a different mindset when swimming in the open water. Standing on the starting block about to race a 1,500 meter course in a 50 meter pool is quite daunting. Meanwhile, jumping into the water for the Henley Mile on the River Thames and racing just one length to the mile rather than 30 seems more approachable. I attack that race from the gun much differently compared to the pool event.

At our Saturday morning lake session which has a one kilometer loop, I notice the difference in swimmers’ attitudes. Most of our swimmers who join us for this swim quite happily knock out four laps whereas a four kilometer session in our local 50 meter pool brings a very different response. Try being a little braver when in the pool to increase your pace.

I breathe every third stroke to the best of my ability in training. I like the rhythm, the balance, and the ability to inspect the surroundings on both sides of the London Aquatic Centre. Bilateral breathing stops my arms from getting lazy and being “thrown back” to the front of the stroke as my head returns from breathing. I also know it contributes to a better technique that will help me swim straighter on race day.

Even though I train with this strategy, on race day I drop to every second stroke to compensate for the extra effort. For many, this change would result in the equivalent of another seven to eight breaths over 25 meters. Your body is receiving a whole lot more oxygen which might contribute to the improved performance in open water compared to pool swims.

The benefits of drafting are well documented, and if you do it well in open water you will travel at speeds you would struggle to replicate in the pool. You can be towed at faster paces and maintain a lower heart rate at your usual pace. Either way, your pace will be faster.

There is a towing effect in the pool when behind someone with about a five second gap (usual protocol), but not nearly as much. I can recall sitting at third or fourth in the lane and coasting to times I would be working hard at when leading. Always be careful what and how you are comparing your performances.

At my first IRONMAN event in Lake Placid 2003, the National Anthem played as the mist cleared and 2,000 people treaded water in anticipation of the day ahead. The hair stood on the back of my neck and the butterflies were churning in my stomach. It was a spellbinding moment. When the race started, I was shocked at the pace. It made no sense to be working so hard so soon in the day, but for the first kilometer I was amazed at how aggressive and how fast the start was.

Did it last? No. Things calmed down, but not until much later. Unless you are being cheered by a packed gallery before you start your next pool-based time trial, it is going to be hard to get that excited about a swim.

If you are faster in open water compared to the pool, it is not the end of the world. You should be faster on race day in an open water environment because that is probably what you have trained for. Your highly-tuned skills should come together to deliver you your best performance. All aspects of technique, drafting, the possible addition of a wetsuit, the adrenaline, and your finely-honed sighting techniques should leave you swimming at your highest pace. There is, after all, a reason why most world records are set during races.

About Dan Bullock
A respected figure in the swimming community, Dan is a Speedo Coaching Advisor, Vasa Coaching Advisor, and a coach with the London Disability Swimming Club. The founder of Swim For Tri, Dan regularly contributes to Tri247.com, H2Open magazine and was the H2Open Coach of the Year 2004 and runner up Coach of the Year 2016.
#COACHES-CHOICE#PHYSIOLOGY#SCIENCE