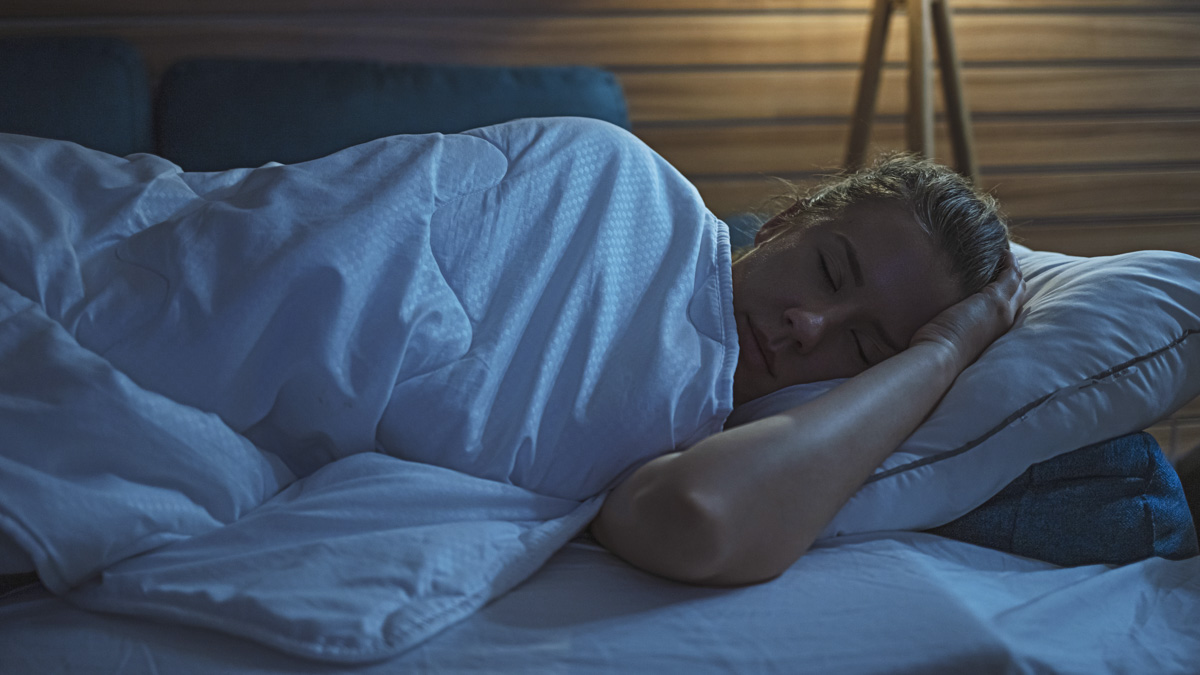 At this point, we’re all aware of the benefits of sleep but there are a few specific practices and foods to incorporate for even higher quality shut-eye.

Your clients can push themselves as hard as they like in training using the best program around, but if they’re not sleeping well consistently, they are unlikely to achieve the adaptations they’re seeking. When it comes to recovery, getting enough slumber is a non-negotiable – it’s essential. In this article, I’ll share how nutrition can help your athletes sleep better for longer.

Until 1879, sleep was governed by when the sun rose and set. Then some bright spark named Thomas Edison invented the lightbulb and everything changed. Suddenly, people could toil around the clock and stay up later when they weren’t working. A circadian rhythm based on the Earth’s natural light/dark cycle was disrupted for good. In the ensuing years, technology like the television, computers, tablets and phones have compounded the issue, flooding our eyes with round-the-clock artificial light if we can’t tame the urge to turn on and plug in.

Due to the pervasiveness of light exposure and other factors like changing work habits and more hectic lifestyles, the sound sleep that was once taken for granted has become a crapshoot. According to the CDC, one in three Americans fail to get sufficient sleep on a regular basis, a quarter have poor sleep at least half the time, and the incidence of chronic sleep disorders has skyrocketed. Per the American Sleep Apnea Society, 50 million people in the US struggle with a wide range of sleep disorders, all of which can have a detrimental impact on their health if left unaddressed.

The Physical Impact of Sleeplessness

Let’s take a quick look at the impact that poor sleep could be having on your athletes. “Loss of sleep never helped anyone, but it affects endurance sports more so than sports of limited duration,” Dr. Ralph Downey told the Cleveland Clinic, citing sleep deprivation’s impact on motivation. “Even for a weekender who runs a 5K and has sleep loss, their time may decrease by a couple of minutes, which can make a big difference in how you place in a race.”

Downey’s insights aren’t merely anecdotal but have a bevy of research to support them. Researchers from Australia and Singapore examined the performance of cyclists in a time trial when they had restricted, normal and extended sleep. Unsurprisingly, every athlete was slower when their sleep was compromised. On the other end of the scale, “Sleep extension for three nights led to better maintenance of endurance performance compared with normal and restricted sleep.” The authors suggested that lack of shuteye increases the rate of perceived exertion (RPE), which diminishes performance. It also leads to a lack of psychomotor vigilance – which could increase injury risk – and increase the occurrence of mood disturbances, they added. Whereas extending sleep duration by 30 percent for three nights or more (and thereby increasing the total amount of cumulative rest) eliminates such issues.

A review of previous studies released via Sports Medicine concluded that “a reduction in sleep quality and quantity could result in an autonomic nervous system imbalance, simulating symptoms of the overtraining syndrome. Additionally, increases in pro-inflammatory cytokines following sleep loss could promote immune system dysfunction.” In other words, a lack of high-quality sleep might not only be harming your clients’ performance, but their health as well.

Given the negative impact inadequate sleep duration or quality has on performance, nervous system balance, immune function, and more and the prevalence of sleep disruption, at least some of your clients should probably be getting more Zzzs. In addition to improving their sleep hygiene by restricting caffeine and alcohol intake, reducing screen time at night, and sleeping in a cold, dark room, nutrition might be able to help.

Several kinds of fruit also show promise for promoting sleep. Eating kiwis enabled the participants in a Taipei Medical University experiment to reduce their wakefulness and fall asleep faster. The study authors suggested that the serotonin and antioxidants in kiwis were responsible for such improvements, and the dose of two kiwis per night an hour before bedtime seems reasonable. A study released via the Journal of Medicinal Food found that consuming tart cherries mitigated the effects of insomnia, and another paper published in the European Journal of Nutrition concluded that cherries increase the release of the sleep-inducing hormone melatonin.

Magnesium is one of several minerals that play a role in sleep. Some of the best natural sources are nuts and seeds, with Brazil nuts, cashews, almonds (which also contain melatonin), chia seeds, and pumpkin seeds having the highest concentrations. Your athletes could also include more leafy green vegetables at dinnertime to up their magnesium intake (as well as getting a dose of antioxidants, vitamins, and other minerals).

Complex carbs might also help your clients improve their sleep quality and duration. In an article for Psychology Today, Judith. J. Wurtman, the author of The Serotonin Power Diet, suggests that consuming a bowl of oats before bed increases the secretion of serotonin, a neurotransmitter involved in sleep regulation. Another reason for your athletes to eat at night is that it will allow them to fit in some extra protein before bed. Doing so increases overnight protein synthesis, according to a study published in Frontiers in Nutrition.

If we combine the findings above, you could suggest to your athletes that they swap out sugary desserts for a kiwi or serving of cherries. Then later in the evening, they could combine oats, milk or a non-dairy substitute, nuts, and seeds for a slumber-inducing snack that will also aid muscle recovery.

About Phil White
Phil White is an Emmy-nominated writer and the co-author of The 17 Hour Fast with Dr. Frank Merritt, Waterman 2.0 with Kelly Starrett, and Unplugged with Andy Galpin and Brian Mackenzie. Learn more at www.philwhitebooks.com and follow Phil on Instagram @philwhitebooks.
#SCIENCE#TECHNOLOGY