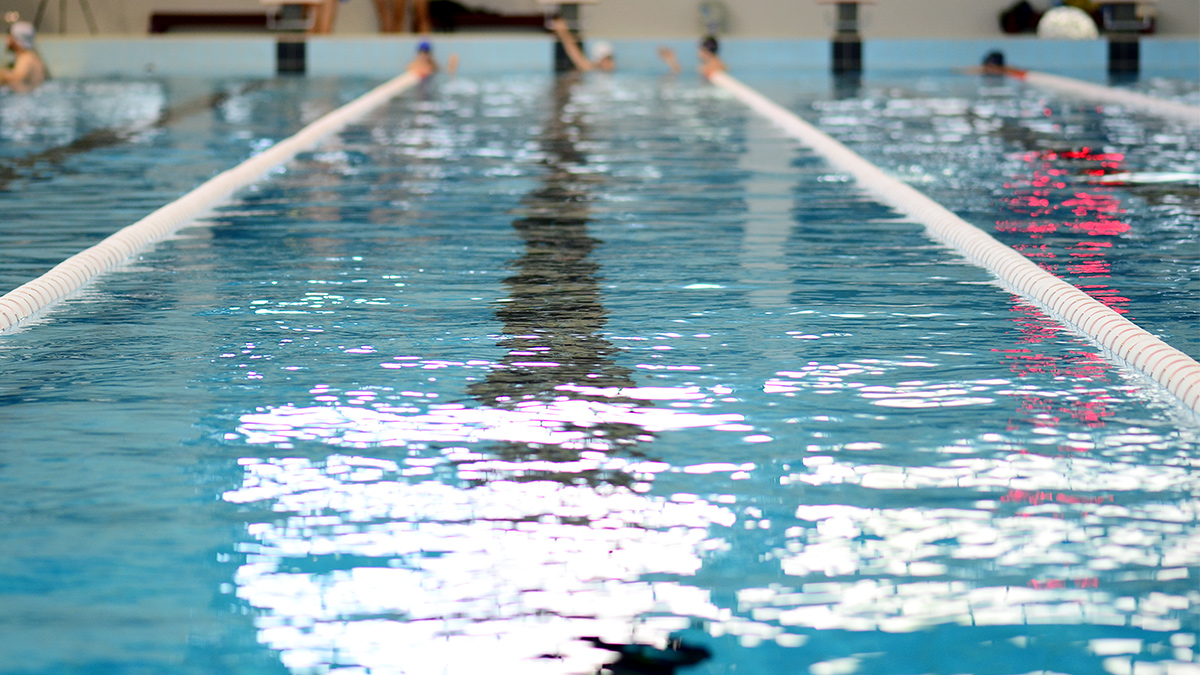 Should You Include Pool Running in Your Training Plans?

After an athlete suffered an early-season injury, Coach Hal Higdon prescribed pool running to get her through the season. Based on his extensive experience, pool running helps athletes recover and avoid injuries.

As a high school runner leading into her freshman track season, Megan, an athlete I coached in cross-country, suffered a stress fracture while leaping off boxes during plyometric drills. Megan was a fast but fragile runner just beginning to develop the skills that would allow her to succeed in future races.

Conferring with her mother, I suggested that we throw Megan into the pool. Not for punishment, but to speed her recovery.

For the remainder of the spring, while her teammates had fun running in track meets, Megan, under her mom’s strict supervision, worked day after day clad in a flotation vest, mimicking running motions in deep water while maintaining fitness and avoiding impact.

Alas, by the time the doctor cleared Megan to run again, the season had ended. Nevertheless, she would benefit from what at first seemed like wasted training. Injured again her senior year, Megan popped out of the pool just in time for the countdown to states in cross-country. A second-place finish earned her a scholarship to Indiana University.

Pool running works. It cannot substitute entirely for running on roads, but it comes closer to mimicking running than any other cross-training activity. In an article published by Runner’s World, Cindy Kuzma quotes biomechanist John Mercer as saying, “Deep-water running isn’t a new idea. Runners borrowed it decades ago from horse trainers who used it to rehab or supplement their animals’ mileage.”

Citing scientific studies, Mercer suggests that deep-water training not only allows runners to maintain cardiovascular fitness, but also to improve it. Three reasons exist for why runners should embrace pool running:

Running in a flotation vest comes closest to mimicking real running on land. Cycling or using various gym-based machines allows you to maintain cardiovascular fitness, but fails to mimic the running movement. Mercer suggests that the blood-pumping pressure of water actually may speed healing.

Runners who flirt with injury by running too often or too fast can cross-train in a pool to add variety to their training. Jennifer Conroyd, founder of Fluid Running, which offers flotation vests for runners under the brand name H2GO, recommends one or two pool workouts a week as the best mix with running.

Forget performance. Forget injury prevention. One of the best reasons to convert to pool running is to stay in shape. According to author Kenneth Cooper, MD, physical exercise, almost any kind of exercise, has been shown to both extend lifespan six to nine more years, but also to improve the quality of that life.

That has been my goal. My wife and I spend half our year in Indiana, half in Florida. In Indiana, I live across the street from Lake Michigan with its soft, sandy bottom. A regular workout routine is to run chest-deep in water parallel to shore. In Florida, we belong to a club featuring a heated outdoor pool with lanes marked for swimmers. No deep water, unfortunately, so after a workout in the gym, I swim several laps, then run several more. In all honesty, I swim as much for relaxation as for fitness.

Consider the three types of training you can do in a pool:

Incorporating pool running into a routine

Megan Leahy describes what she learned as a pool runner: “I definitely felt pool running was far more forgiving than running outdoors. For example, I would never dream of doing speed work on the track on back-to-back days, but I definitely had no problem doing speed work daily in the pool.”

This was necessary, Megan felt, because she found it more difficult to get her heart rate up in the pool, and this is generally true among competitive swimmers vs. competitive runners. To compensate, Megan removed the flotation belt and tread water in the deep end. “My form definitely was sacrificed, but I was able to get my heart rate up easier.”

After ending her collegiate career, Megan decided to become a podiatrist. Megan Leahy, DPM now practices in Chicago. “I suffered every injury imaginable in school,” she admits,” so I picked a profession where I could help others avoid the same.”

Consider blending pool running with your athlete’s regular running and cross-training, and you may never need to visit Dr. Leahy’s office.