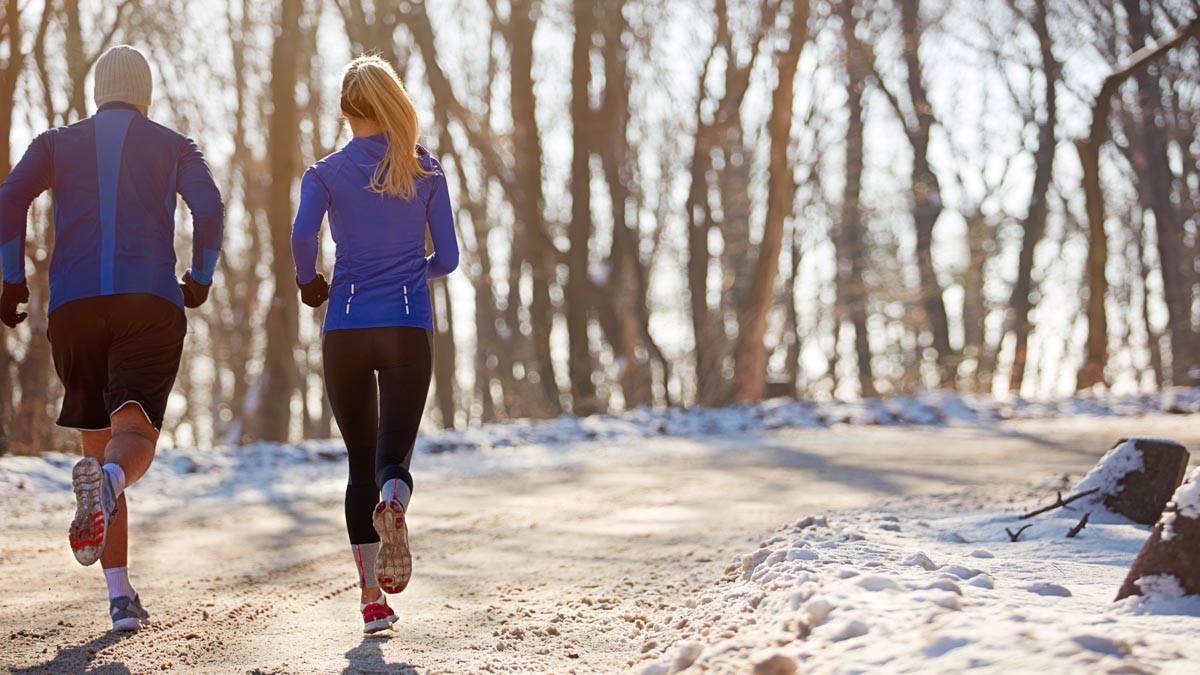 If you’re exploring options for increasing running speed, stride length will arise as a variable to investigate, but will tweaking it actually do anything?

To be a novice runner is in many ways a blessing. You just lace up your shoes, put on some shorts (OK, maybe pants at this time of year), and head out your front door. But if one of your clients really catches the running bug, they probably begin targeting faster times. It’s easy for such an athlete to get caught up in the technique arguments that pervade online running forums. Everything from arm swing style to heel vs. forefoot vs. midfoot striking is contentious when runners start chasing marginal gains. In this piece, I’ll attempt to answer another age-old question: Does stride length matter? (and if so, what should you do about it with your athletes?)

How Do Your Runners Settle on Stride Length?

When it comes to examining your athletes’ stride, we need to consider the nature/nurture debate. Are runners capable of finding an efficient stride pattern and length that works for them, or do they need coaching to find this sweet spot? A 2017 study published in the International Journal of Exercise Science sought to answer this question. The authors – USA Track and Field consultant Iain Hunter, U.S. Olympian Jared Ward, and James Tracy – concluded that, “inexperienced and experienced runners are equally capable of matching preferred stride length to economical stride length, thus athletes and coaches do not need to alter runner’s stride length when economy is the main concern.”

Other studies have gone further in demonstrating that more experienced runners have an innate sense of which stride length and rate is most economical for them and will return to this set point quickly even if external factors force them to change things up temporarily. For example, an experiment conducted at the Michigan Performance Research Laboratory in Ann Arbor required runners to synchronize their footfalls with a metronome that increased its rate from 150 to 190 beats per minute in 10 beat increments.

They found that within a few minutes of the metronome stopping, the veteran runners were able to automatically return to their normal stride length and rate without needing any outside cues. The takeaway? The more experienced runners in your training group instinctively know which stride pattern works best for them and will default to this to perform efficiently.

When Should You Try to Change an Athlete’s Stride?

Despite the findings of the first study mentioned in this article, there might still be some cases in which helping one of your athletes alter their stride is beneficial. Arguably, the primary one is if they are sustaining frequent leg injuries. A review of 10 prior studies published in Sports Health found that reducing stride length while increasing stride rate helps runners correct biomechanical faults that can predispose them to becoming injured. Reasons for this might include improved joint centration, less force going through the foot with each step, and creating an angle that’s more advantageous to both joints and soft tissues (although stride angle remains a contentious topic with studies producing somewhat conflicting results).

Another reason that you might want to retrain an athlete’s gait is if they consistently underperform, or if physiological testing like VO2 max indicates that they’re capable of going faster than their technique currently allows. In this case, taking shorter strides more often can potentially improve running economy (RE) and efficiency. It’s worth noting that such changes will take time to stick and for your athlete to become comfortable. At first, no matter what you try in training, they’re going to default back to what they’re used to, just like a basketball player with their jump shot or a golfer with their swing.

As such, don’t expect a rapid change, and set realistic expectations with the runner in question. They need to know that it’s going to feel strange and even uncomfortable to run in this new way for a while. They’ll also require external guidance to reinforce the change. When you’re with them, this might mean responding to your verbal cues. On solo runs, they can use a standalone app like Run Tempo or the features built into their smart watch or fitness tracker to feel out their new stride rate and length.

If your athlete likes to listen to music while they run, an app like Weav Run will match tunes to their desired stride BPM to reinforce gait retraining. Be sure to let them know that they should alert you if they start to experience pain with their new gait so you can help them make the necessary adjustments.

When Should You Leave a Client’s Stride Alone?

At the risk of lapsing into cliché, the old adage “If it ain’t broke, don’t fix it” is applicable to stride length and rate. As we just discussed, if an athlete frequently suffers from acute injuries or battles a chronic issue that you believe to be related to their biomechanics, then by all means try to tinker with their stride. Similarly, if their training data and your subjective assessment of their progress suggests that they’re capable of going faster than they’re currently able to, there might be some efficiency gains to make.

However, such an intervention should likely be the exception rather than the rule, no matter how experienced you are in coaching stride mechanics. If an athlete is able to train and compete without acute injuries and doesn’t have a persistent issue (like plantar fasciitis or bone spurs), then you’d probably be best off letting them stick with the stride pattern and rate that comes naturally. This also goes for a runner who is progressing steadily, hasn’t hit any plateaus, and isn’t leaving performance potential on the table. If you start trying to “fix” something that isn’t faulty, you might create more problems than you solve, even if your intentions are noble.