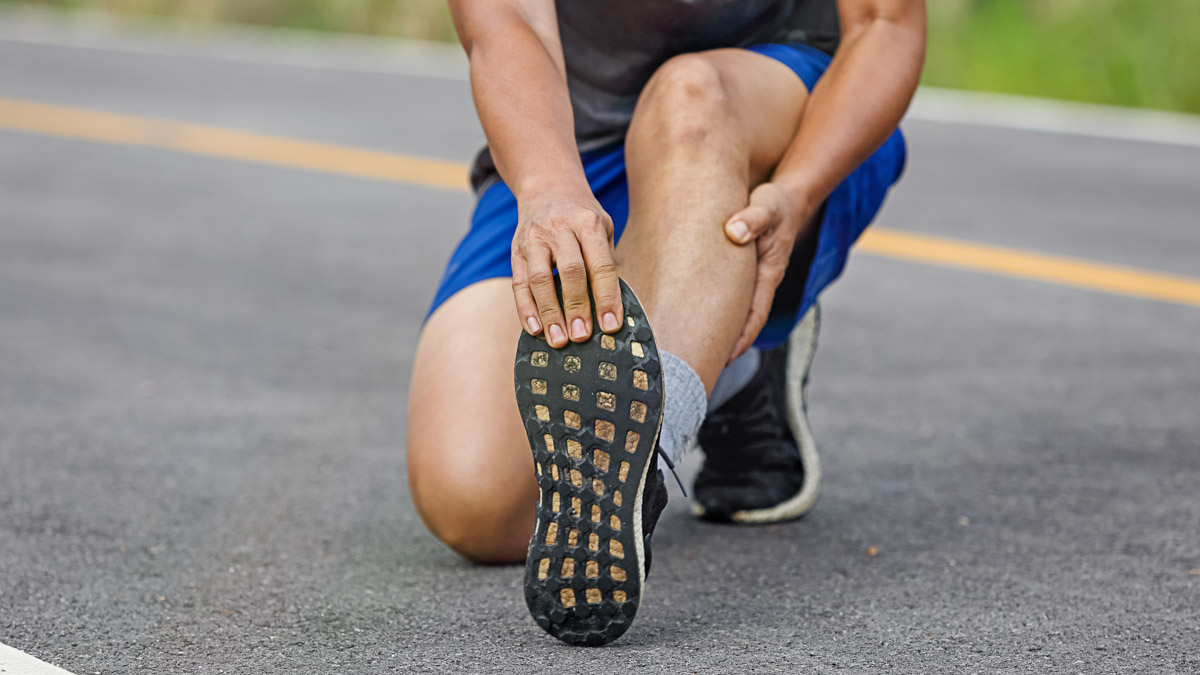 When it comes to pounding pavement, how you hit the ground impacts how your body absorbs the force. Here’s what you need to know about foot striking.

Generally speaking, coaches and runners alike love to critique form. And it makes sense. It’s exciting to think that changing one small aspect of every stride will lead to faster race finishes, less fatigue and/or a reduced likelihood for injury. One form tweak that has siphoned a lot of this attention is footstrike pattern. Prior to reading this article, you might have thought, a rearfoot strike pattern will inevitably yield a running-related injury. Although the concern is valid, given the amount of conflicting advice out there, based on my own coaching experience and research, I think we need to look at the broader picture before making changes

In this article, I will look at biomechanical factors that affect running and shed light on the question “Does a specific footstrike pattern really cause injury?”.

The Three Types of Footstrike Pattern

Footstrike pattern has been heavily researched in its role in certain running-related injuries and running economy. It is quite a controversial topic that often stirs up a lot of debate, and this debate often brings confusion. To start things off clearly, I’d like to define the three types of foot strike patterns:

A study by Almeida et.al 2015 concluded that 89% of runners were heel strikers (and for what it’s worth, I’m one of them.) Based on this data, and the abundance of articles citing rearfoot striking as the source of injury plaguing many runners, should we assume that these runners will all be afflicted similarly? Before we answer that question, let’s take a look at the forces imposed on the body and how they vary based on footstrike pattern.

The Forces At Work

When we change our footstrike, the forces that travel through our bodies also change. Ground reaction force, or the force exerted by the ground on a body in contact with it, are higher in rearfoot strikers than midfoot strikers.

One common occurrence among rearfoot strikers is overstriding. Overstriding is where the foot makes initial contact far from the body’s center of mass. This can create excessive and unnecessary forces around the tissues in the form of braking forces. Braking forces are best demonstrated by the scuffing or scraping sound you make as your shoe shears against the ground. Overstriding also imposes greater negative work (or the energy expended to keep you upright and balanced instead of flailing and falling forward) around the ankle muscles due to increased dorsiflexion and increased knee flexion compared to forefoot strikers. From this, we can assume that this creates more stress in and around the affected tissues and connective structures.

However, this increase in stress does not necessarily mean that people are going to get injured. Stress is inevitable when we train. Our ability to recover allows the body to repair, adapt and ultimately endure more.

Will Changing Footstrike Pattern Do Anything At All?

So, most athletes want to know if changing their footstrike pattern will make their runner faster. Not necessarily, but some research indicates that the body will naturally shift footstrike position to midfoot as pace increases, Breine et.al 2014. So doing it consciously, doesn’t seem necessary for speed gains.

It’s equally as important to ask, will my athlete’s changing footstrike patterns prevent injury? The answer, in this case, is ambiguous, yes, no, maybe…ultimately, we don’t know. While rearfoot strikers may develop similar areas of injury (knee and hips), mid and forefoot strikers also tend to experience common injury in the feet and Achilles. So, it’s a Catch 22, there are equal risks in developing an injury based on how we move.

I want to leave you all with this: as coaches, we need to have a watertight ‘why’ for each choice we make for our athletes. They depend on us as their main source of sport-related expertise, so tweaking their run form, without a fully informed perspective can be problematic.

And last but not least, when it comes to footstrike pattern, the old adage holds true: if it’s not broke (or causing injury), then don’t fix it! 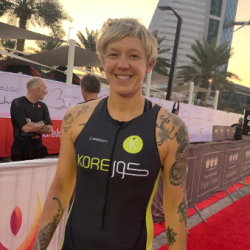 About Jill Calvert
Jill Calvert is a triathlete, certified IRONMAN Coach, working toward a BSc in sport exercise and science and the founder of Tri Built Me, an endurance-based coaching platform focusing on building athletes of all abilities and communities. She currently lives and works in Saudi Arabia where she has grown and developed a Fitness brand and a team of passionate female coaches who offer professional Fitness training in Saudi. Learn more about Jill at www.tribuiltme.com, @tribuiltme
#PHYSIOLOGY#SCIENCE