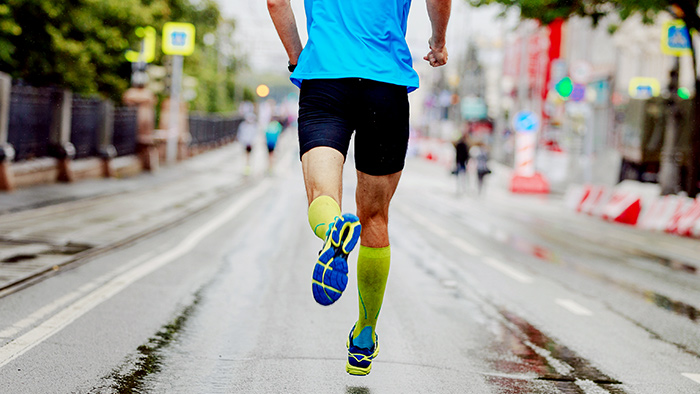 Could Running Mechanics be the Key to Long-Term Success?

Are your athletes having trouble finishing their training plans due to overuse injuries? Poor running mechanics might be to blame. Use these strategies to identify and correct running form to ultimately improve performance.

In order to run well, we need to train well, but we also need to move well. Endurance athletes need to be able to train at the optimal volume and intensity in order to stimulate the physiological adaptations required to perform. Developing this engine can allow athletes to run farther and faster than ever before. However, the limiting factor to long-term running success is not always the training that’s being set, but the training that’s being missed. Optimizing running mechanics may be the key to training consistency and longer-term success in competition, allowing our athletes to train longer and harder than before.

Running injuries are probably the single biggest cause of absence from training. According to some studies, approximately 50 percent of runners are injured annually with around 50 to 70 percent of these injuries classified as overuse injuries. Based on these results, you can probably expect one out of every two of your runners to become injured at some point during the training year. Not only that, but injury recurrence rates can range between 20 and 70 percent, with a previous injury being the biggest risk factor for future injury. This means that once an athlete gets back to training, the chance of a future injury and further absence from training is considerably increased. This leads to continued cycles of injury and deconditioning with the loss of training consistency and ultimately an inability to perform at their best.

Running mechanics may be one reason explaining the high injury rates and loss of training consistency. There is increasing evidence to suggest that aberrant running biomechanics — or poor running form — can lead to future injury development. Mechanics, such as increased inward motion of the hip (hip adduction), elevated impact forces and excessive braking as we land, have all been linked to injury development amongst runners.

Poor movement patterns contribute to injury by increasing the stress placed on the body during each stride. When this stress is repeated over a large number of strides, the total level of stress may be too much for the body to cope with. If we can identify abnormal mechanical patterns then this may provide us with an opportunity to intervene before the next injury occurs. By optimizing running mechanics we can reduce the tissue stress experienced during each foot contact. The end result is the ability to train harder and for longer.

Runners with poor mechanics are simply a ticking injury time bomb, just waiting to take that one stride too far before once again withdrawing from training. Being able to identify and correct poor running mechanics may be the long-term solution for athlete health, consistency and performance success.

Closely watching your athlete and using video feedback can be very effective for improving mechanics. Using video feedback and modeling good form can help the athlete become aware of their movement patterns and internalize their learning. This gives them an opportunity to self-develop and find ways to adjust their mechanics on their own. This works great when combined with coaching cues to help facilitate learning. Cues like “keep your hips high” and “pick up your feet” often encourage athletes to reduce pelvis drop and increase cadence. However, it’s important to remember that every athlete is an individual and all learn in different ways, especially when it comes to movement. So be prepared to adapt your teaching methods and try new things. Adjust your cues according to the changes you see and get feedback from the athlete as to what works best. Adapting as a coach is important if we are to optimize good running form and could be the difference between injury and performance. 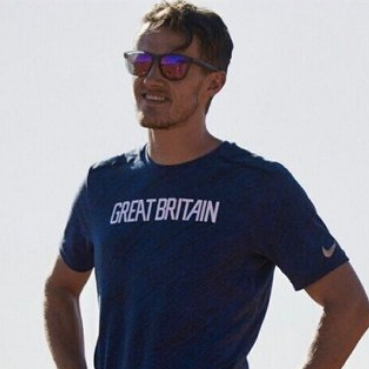 About Chris Bramah
Chris Bramah is a Consultant Physiotherapist working at the Manchester Institute of Health and Performance where he delivers 3D running gait analysis assessments to runners of all levels. He is also a researcher from the University of Salford where his research has focused on the biomechanical characteristics of elite runners and the biomechanical contributions to running injuries.
#PHYSIOLOGY#SCIENCE