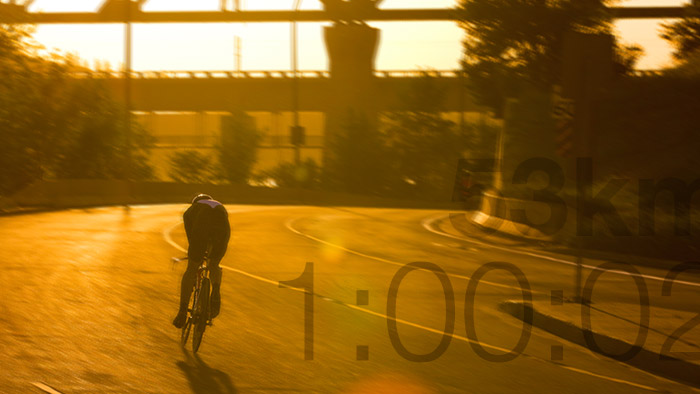 The Men’s Time Trial World Championship will likely come down to seconds separating Gold, Silver, and Bronze. Using Best Bike Split, we modeled the top contenders to how fast they will cover the course. Read more to see how power, aerodynamics, weather, and equipment all factor into the race of truth.

The 2015 Road World Championships Time Trial will be a close race between several riders. Germany’s Tony Martin will be going for his 4th title, and will be challenged by Tom Dumoulin of the Netherlands, Australian Rohan Dennis, American Taylor Phinney, and others. While the race will be won out on the road, using Best Bike Split we broke down the course and the power needed to be a contender for the World Title.

The Richmond course is 53km (33 miles), and relatively flat with only 803 feet of elevation gain. While the strategy for a time trial is pretty straightforward, this course makes it even more so. Riders will simply pedal as hard as they can at a power they can sustain for the course. There will be slight uptick in power on the hills and a slight reduction on the minor descents.

The time trial is the ultimate test for a cyclists but it’s not always won by the most powerful rider. It takes a rider that epitomizes a mix of both power and streamlined aerodynamics. In Richmond, a rider with a more aero profile will have an advantage over a rider with a higher power to weight ratio.

Top riders will be pushing 410 to 425 watts for the 53 km course. This number is close to their Functional Threshold Power (FTP), or what they can hold for one hour steady.

Of course it’s not just about these absolute wattage outputs. Weight factors in as well. These athletes will put out around 5.6w/kg, with rises above that for the short inclines. Each rider will also be maximizing their aero advantages with equipment and body positions maximized for speed honed from hours on the track and the wind tunnel.

Aerodynamic Drag resistance is typically the biggest negative force in a time trial, or any time you want to maximize speed. A riders Coefficient of Drag (CdA), especially at speeds of over 30mph, has a huge impact on the power needed to overcome drag.  The faster a rider goes the more power they need to overcome the drag they are creating.

Because of this every tiny bit of an aero advantage matters. In this case, some of the riders that have the projected best times do not have the highest w/kg. For riders who have spent time dialing in their position in a wind tunnel, this will be a major advantage. For other riders who have the power but not the ability to fold themselves into a wind-cheating position, this will cost them valuable time. BBS allows you to calculate your own CdA so you can see just how much you can benefit from a more aerodynamic position.

Using BBS’ Advanced Weather feature, we see that with current forecasted conditions most of the time the riders will have a tailwind for almost 70 percent of the race. For the other 30 percent, the riders will battle some low to mid yaw angles of 5-10 degrees.

Yaw angle is essentially the angle that the rider observes the wind. The higher the angle, the more it will push them sideways and cause handling issues. Riders can use this knowledge to help fine tune equipment choices.  Many manufacturers have optimize their equipment to perform better at specific yaw angles. The general rule of thumb is the faster you go the lower the yaw angles you will experience.

Temperatures for the race will slowly increase to around 80 degrees for the final few riders and humidity is currently projected around 50 percent. While a bit counterintuitive, higher temperatures and humidity is actually good aerodynamically as it reduces the air density. However, if the ride is not adequately adapted it may hurt them physiologically.

The other factor that contributes to air density is barometric pressure. Unfortunately for the riders, there appears to be a high pressure system moving into the area so the benefit of the temperature and humidity will be evened out by the higher pressure. The good news for all riders is that the conditions are fairly consistent for everyone so the weather advantage of going later versus going early should be minimal.

Getting to the point, in a best case scenario the men’s winner could be close to that magic one hour mark, but more likely will finish a bit over around 1:01 to 1:02. To put it in perspective, that means that if the good wind condition hold the winner could go faster than many of the 1 hour track records set this year. However, should the wind shift to a head wind, we could see over five minutes added to the times.

To put the times of these world class riders in perspective, we ran the BBS model using the power of a strong Category 3 rider with an FTP of 4.0 w/kg assuming the rider was on a very aero bike set up. Holding 260 watts, the rider’s time would be 1:15:30, 25 percent slower than the top contenders.