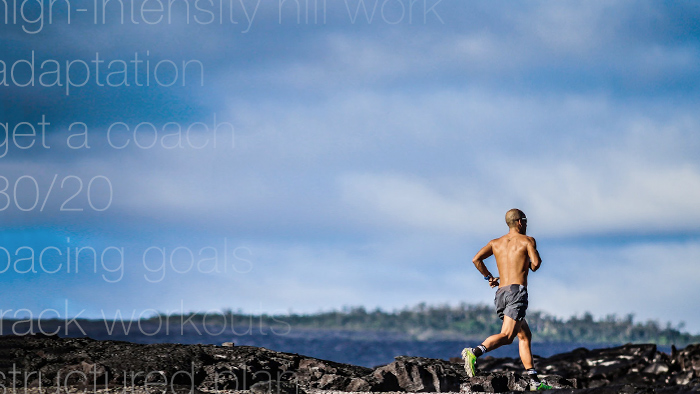 The 5 Training Habits For a Successful Marathon

We looked at the data of more than 1,300 TrainingPeaks users who ran Boston in 2016 to determine what training behaviors led to a successful race. Follow these five tips in order to achieve your best marathon ever.

Qualifying for the Boston Marathon is considered by many to be the Holy Grail of running performance. Runners who make it to the starting line in Hopkinton are among the fastest, most determined and most dedicated marathoners in the world. After the 2016 Boston Marathon, TrainingPeaks looked at more than 1,300 Boston finishers’ data starting four months out from race day to determine what training habits led to a successful marathon. We discovered that these five marathon training habits were present in all runners who finished in the top 25 percent of our testing sample. Whether you’re looking to qualify for Boston yourself or attempting 26.2 for the first time, by using these five tips (along with a solid recovery, strength and marathon nutrition plan) you have the greatest chance of showing up on race day at your peak performance level.

Get a Coach or Have a Plan

More than half of the 1300+ TrainingPeaks users in our sample who ran Boston were coached, and another 16 percent used our Annual Training Plan (ATP) to plan their training needs leading up to Boston. From accountability to troubleshooting common marathon issues like injury, time management and pacing, having a coach can not only save you money in the long run (there’s nothing more aggravating than a race you paid for but can’t run!), but a coach can also help you identify what your racing and training goals should be. Having a structured training plan (one that is built around your own specific metrics like heart rate threshold) can keep you on track, allow you to build your mileage at the right pace, and schedule in the proper amount of rest so you don’t get injured or show up on race day overly fatigued.

Keep Tabs on Your Training

While getting a coach or purchasing a plan is a great first step, it means little if you don’t upload your workouts so you and your coach can see your progress and fitness increasing as you inch closer to the starting line. A marathon training program is usually between three and six months in length, which means without proper analysis you might focus on the wrong part of training (long, slow mileage without any hill work for example) that may not produce the results you are looking for.

A great way to prevent this from happening is to use the ATP, which allows you to work backward from race day so your necessary build phases and rest weeks are occurring at just the right moments.

The very top finishers in our sample were extremely regimented about logging workouts, and on average logged about an extra six minutes per day of activity than their less successful counterparts, which on a weekly basis works out to an extra 42 minutes of activity (basically a whole extra running workout!) compared to their slower peers. Through careful planning, expert instruction and regular data analysis you can figure out the optimal amount of mileage that works for you so you don’t do too much, too little or simply too much at the wrong pace.

In our analysis we discovered some very interesting training patterns that led to less than optimal race-day performance. Many of the users who finished in the bottom 25 percent started out their training in January much, much faster than the pace they ended up running on race day. They had a steep downward pace trajectory in the first month of training, stayed consistent during the second month and then showed a steady decrease in pace all the way through race day. This indicated several different training scenarios, and none of them optimal. Perhaps the athlete was injured and rushed toward the end of their training to fit in far too much long-distance mileage, meaning they showed up on race day overtrained, or they trained with far too much non-marathon specific intensity early on in their training and found these pacing goals difficult to maintain for their longer runs heading into Boston.

Whatever the individual situation may have been for this group of runners, anytime your race-day pace is significantly slower than your early season pacing it is likely an indication of an inefficient training plan, poor tapering or race-day execution gone wrong. Conversely, the top 25 percent group showed a relative consistent but somewhat slow pace (compared to their race-day pace) for the first several weeks of training, followed by a very gradual increase leading all the way up to race day.

The key for this type of marathon result lies in proper adaptation to training, which can be achieved through an early focus on one’s Training Stress Score (TSS) in your Performance Management Chart. Your TSS is a quantifiable number based on the intensity and duration of each of your workouts. By tracking this number you can keep a close eye on your fatigue, form and increasing (or decreasing) fitness level, ensuring you don’t ramp up too quickly, as many of the top 25 percent of finishers did. By using TSS and slowly focusing on building form and endurance during the early months of training, you can then shift your focus to your workout intensity, which should include speedwork, fartlek runs and pacing.

In the later part of your training, focusing on pacing goals through speedwork can be helpful. In order to identify your personal pacing goals for your marathon, consider using a pacing calculator like The Pacing Project, which will give you a pacing plan for thousands of marathons, or let you know what your pacing will likely be with a given goal-finishing time.

The top 10 percent of our testing sample had a 5K pace of 6:30 or under, which may not be realistic for you, but it does indicate something quite important about marathon training. Namely, that shorter distance strength, for example 5K and 10K speed, can help condition you for a long endurance run. That being said, long, slow runs that build roughly 10 percent per week in distance continue to be the gold standard in marathon training. However, spending some time focusing on your short-distance speed or high-intensity hill work do seem to have some benefits for longer racing distances including the marathon because of their ability to improve strength and overall running technique.

One of the biggest mistakes we saw some of our poorest Boston performers do was to do all of their training at the same, constant intensity. In other words, they plodded through their training, which (even if the plodding was consistent) did little in the way to prepare them for a breakthrough race performance. In contrast, our top 25 percent group had very distinct types of training runs: easy runs, track workouts or hill repeats and long distances at goal race pace. This type of intensity variety is heralded by author and expert marathon and triathlon coach Matt Fitzgerald, who believes in an 80/20 approach to training. Eighty percent being at a lower intensity (below threshold) along with 20 percent at a high intensity (above threshold). Fitzgerald found that many runners and endurance athletes in general do the majority of their training in an intensity grey area (i.e. plodding) that provides minimal benefits (other than general endurance). In other words, if you want to get faster, you need to run faster, but only some of the time.

Ready to have your best marathon yet? Sign up for a free 7-day TrainingPeaks account to start planning your training now, find the perfect coach for you using our Coach Match Service, or purchase one of our marathon training plans for runners of all levels.

About Susan Legacki
Susan Grant Legacki is the Content Director at TrainingPeaks. The founding editor of LAVA Magazine and a former editor at Triathlete Magazine and Inside Triathlon, Susan is an IRONMAN finisher, Boston Marathon qualifier, USAT Level 1 Triathlon Coach and certified Pilates instructor. When she's not editing or writing copy about endurance sports, you can usually find her training for them around Boulder, Colo.
#MARATHON#RUNNING