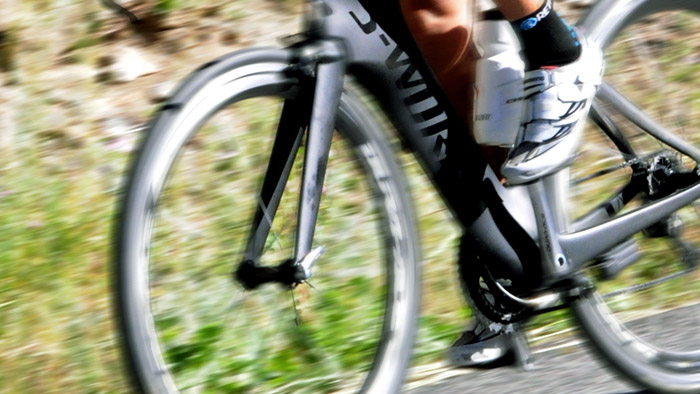 Power Comparison: Podium Finishers of the Past Four Years

We looked at five power files from five top professional athletes, that have placed 1st or 2nd at the IRONMAN World Championships to see what they have in common.

In the past four years, the IRONMAN World Championships have seen four different winners. While every year is unique with it’s weather, players involved and luck, there are some things that are consistent. Chief among the consistencies is what needs to be done on the bike, both in output and execution. In looking at five files from five different riders, each of whom was in the top 2 placings, there are certainly more similarities than there are differences when comparing their power files.

Pacing is the key for any rider, pro or amateur. In order to plan how hard they can ride, each rider must first determine their Functional Threshold Power (FTP). FTP calculates the number of watts they can average over the course of a one hour effort. An FTP of 340 to 360 watts is typical for the top male riders. It is important to note that FTP in relation to the athlete’s weight is the best way to compare any two riders. For instance, if two athletes have an FTP of 340 but one weighs 70 kg. and the other weighs 72 kg., the lighter rider has the higher W/kg ratio and would be expected to be faster on the bike.

Once FTP is set, the plan can start to be set in place. A key element is how best to put the power down. One similarity that these professionals have in common that age groupers can also achieve is a Variability Index® (VI®) of 1.05 or less. VI measures how smoothly a rider put out their power over the ride. During a triathlon, it is best to keep your effort steady. Spikes in effort drain glycogen and energy at an exponential rate, so even two minutes at a high enough power would adversely affect a rider at some point. In Kona, amongst the pros, the race is punctuated by many accelerations, particularly in the early miles and again around the climb and descent of Hawi. Still, even with a race that has more surges than any other they all manage to stay under 1.05. Craig Alexander had a VI of 1.05 in 2011, as did Luke McKenzie in 2013, and Ben Hoffman in 2014. In 2012, Pete Jacobs was at 1.04 and Frederik Van Lierde hit 1.03 in 2013. The big lesson here is that no matter who you are, keeping your effort even is the best way to have a strong bike split.

Intensity Factor® (IF®) is the best way for any rider to determine the wattage range they should shoot for. For the pro men, an IF of .80 is typical, and we see this in all these five files as the range is .79 for Jacobs in 2012 to .82 for McKenzie in 2013. In essence, each rider was able to hold approximately 80 percent of what their max 1 hour power for 4 plus hours.

As expected, with such a close range of IF their W/kg is also similar. Riding at approximately .80 IF puts all of the athletes at a W/kg range of approximately 3.8 to 4W/kg. Again, this is a number achieved by those who have put in the time and have the talent to put out this type of effort. For a top age group male, 3.8 W/kg is a strong number, and in fact is what we saw in 2013 from age group champion Kyle Buckingham. For the age group women, 3.5 W/kg is a strong effort.

Looking at a key part of the bike, the climb and descent from Hawi, we see another trend. At this point in the race, to remain in contention the effort level must increase both up and downhill. While climbing, each rider lifts their effort, from 4.2 for Alexander to as high as 4.5 W/kg for Van Lierde.

While many age groupers recover on the downhill, the pro men use this point as a place to create gaps. Among these files, the W/kg effort ranges from 3.5 to 4.1 W/kg (again for Van Lierde). To produce these types of numbers the pro men use larger chainrings, 54, 55 or even 56 tooth, and turn a fast cadence, 99 plus. The entire effort up and down Hawi takes around 30 minutes and is a very important part of the race.

In the final miles, every athlete slow down as the effort and conditions start to take their toll. Still, at 3.6 to 4.0 W/kg the drop off is not steep. Even metrics like cadence stay the same as each rider drops only 2 to 4 rpm, and in fact in 2011 Alexander’s cadence actually increased by 2 rpm.

Of course, riding at this effort is no guarantee of a title or podium position. The amazing aspect of these files is that these athletes can then run a 2:50 or faster marathon (2:44:03 for Alexander in 2011 when he set the course record). Every one of these athletes, and other top pro men and women, could ride the 112 mile course harder and faster. But, knowing that triathlon is a single sport, they ride as hard as they can while still giving themselves a chance to run strong.