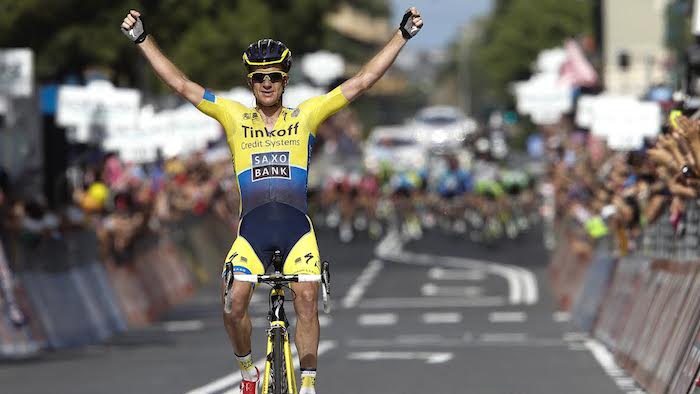 Michael Rogers (Team Tinkoff Saxo) soloed to his first individual Grand Tour victory during the 11th stage of the Giro d'Italia. His bold attack created a gap which he held to the line. Here's a look inside the power it takes to hold off a charging peloton.

Michael Rogers (Team Tinkoff Saxo) took a gamble during the 11th stage of the Giro d’Italia. At the top of the final climb, and still with over 20km to go, Rogers attacked the peloton then single handedly held them off to take his first victory in a Grand Tour. Here is a look at what kind of power it takes to solo to victory at the Giro d’Italia. 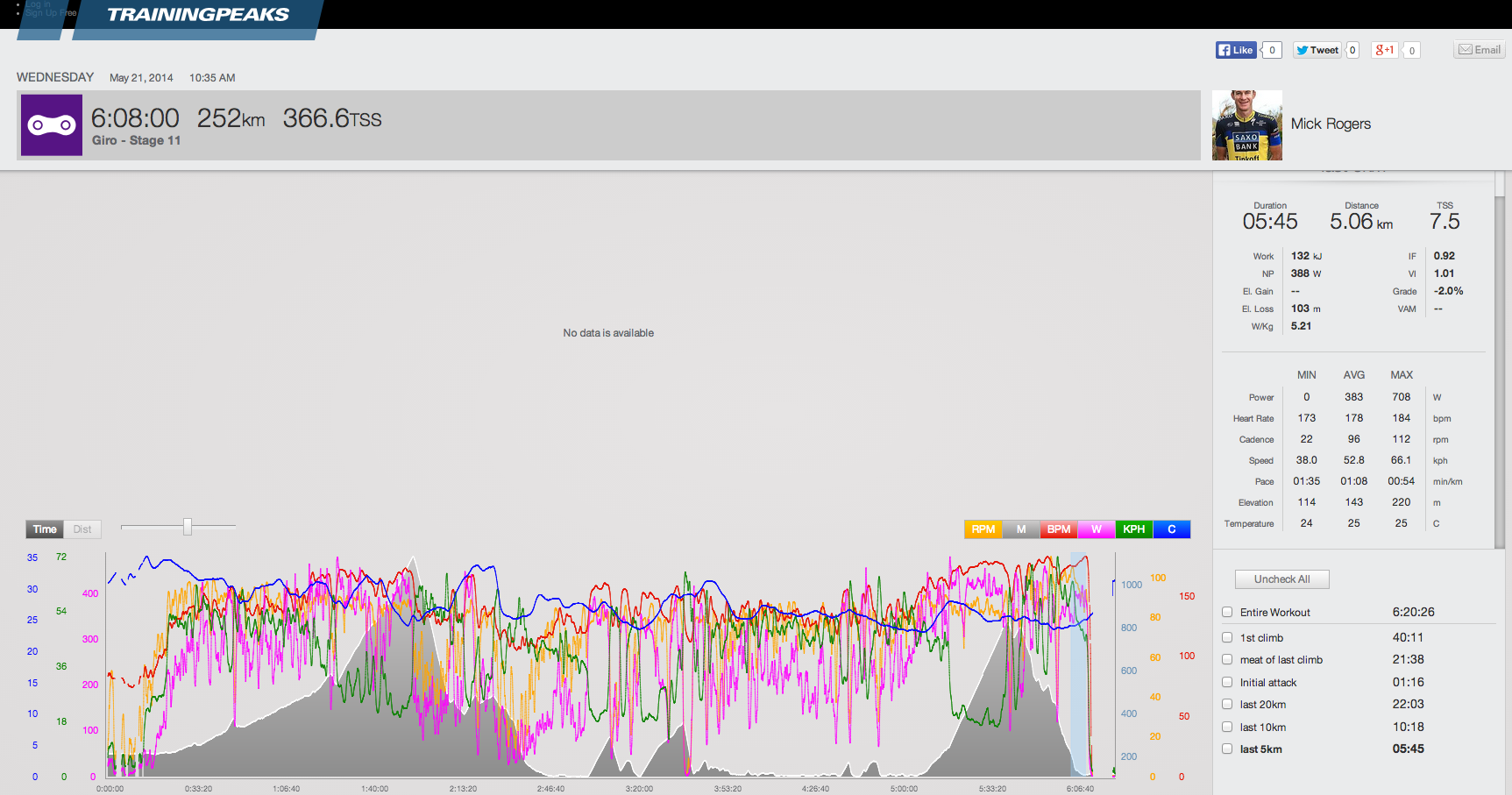 Rogers’ power file shows just how hard he had to ride in order to take the victory. Here are the key points during the stage:

This illustrates the amazing capability a rider must have to win at the highest level. For Rogers, this was his first individual victory at a Grand Tour and it was an amazing effort. With the right timing and a tremendous effort he took a deserved win.